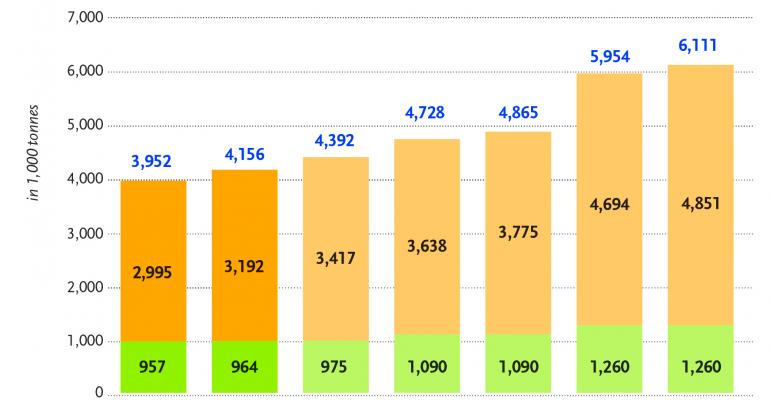 According to the annual market data update presented yesterday by European Bioplastics’ deputy managing director Kristy-Barbara Lange at the 11th European Bioplastics Conference in Berlin, the global bioplastics industry is starting to live up to its potential. “It’s still a niche, true. But now that linear is out, and circular is in, it’s one that is garnering increasing interest, both at EU and Member State level.” 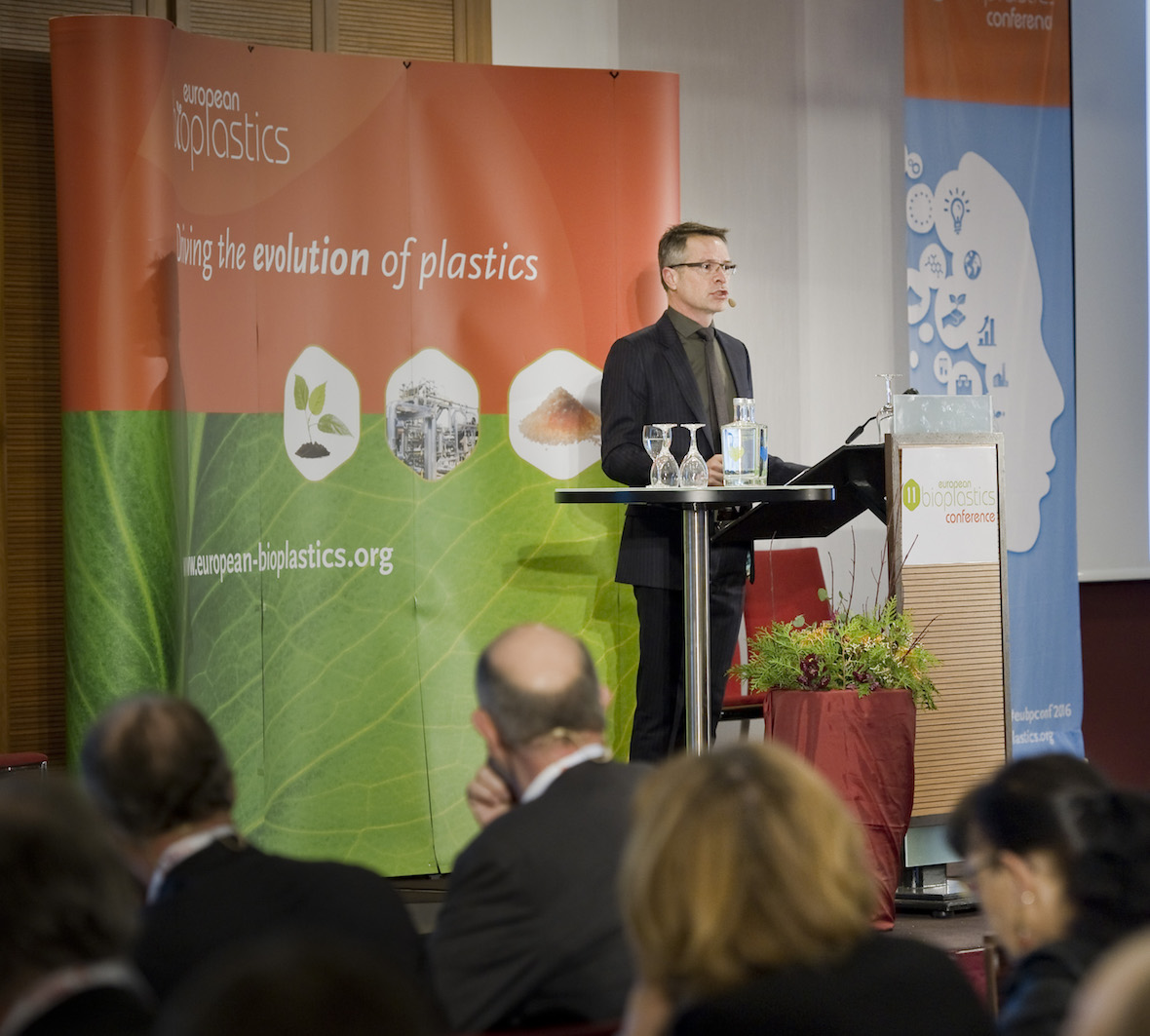 “The data illustrates an important trend, driven by changing consumer demands, to make plastic products more resource efficient and to reduce greenhouse gas emissions and the dependency on fossil resources,” explained de Bie. He said the trend was the result of substantial investments in research and development by many companies, big and small, who are focussing on the development of biobased products designed with the circular economy in mind.

Sectors which saw what he called a ‘decisive increase in the uptake of bioplastics material’ included consumer goods (22%, 0.9 million metric tons), the automotive and transport sector (14%, 0.6 million metric tons) and building and (13%, 0.5 million metric tons). where technical performance polymers are being used. This growth is primarily being driven by bio-PE, bio-PET and bio-PUR drop-in solutions. Bio-based, durable plastics made up over 75% of the bioplastics produced worldwide, and this is projected to rise to over 80% by 2121.

And regarding bio-PUR, or bio-polyurethane, a drop-in that currently makes up over 40% of global bioplastics production capacities: it was included in this year’s data for the first time. “It’s here, it’s arrived and it’s being used,” said Lange. “Bio-PUR is produced by various manufacturers and has a biocontent of anywhere between 40% and 70%. So we felt it was time to include it.” 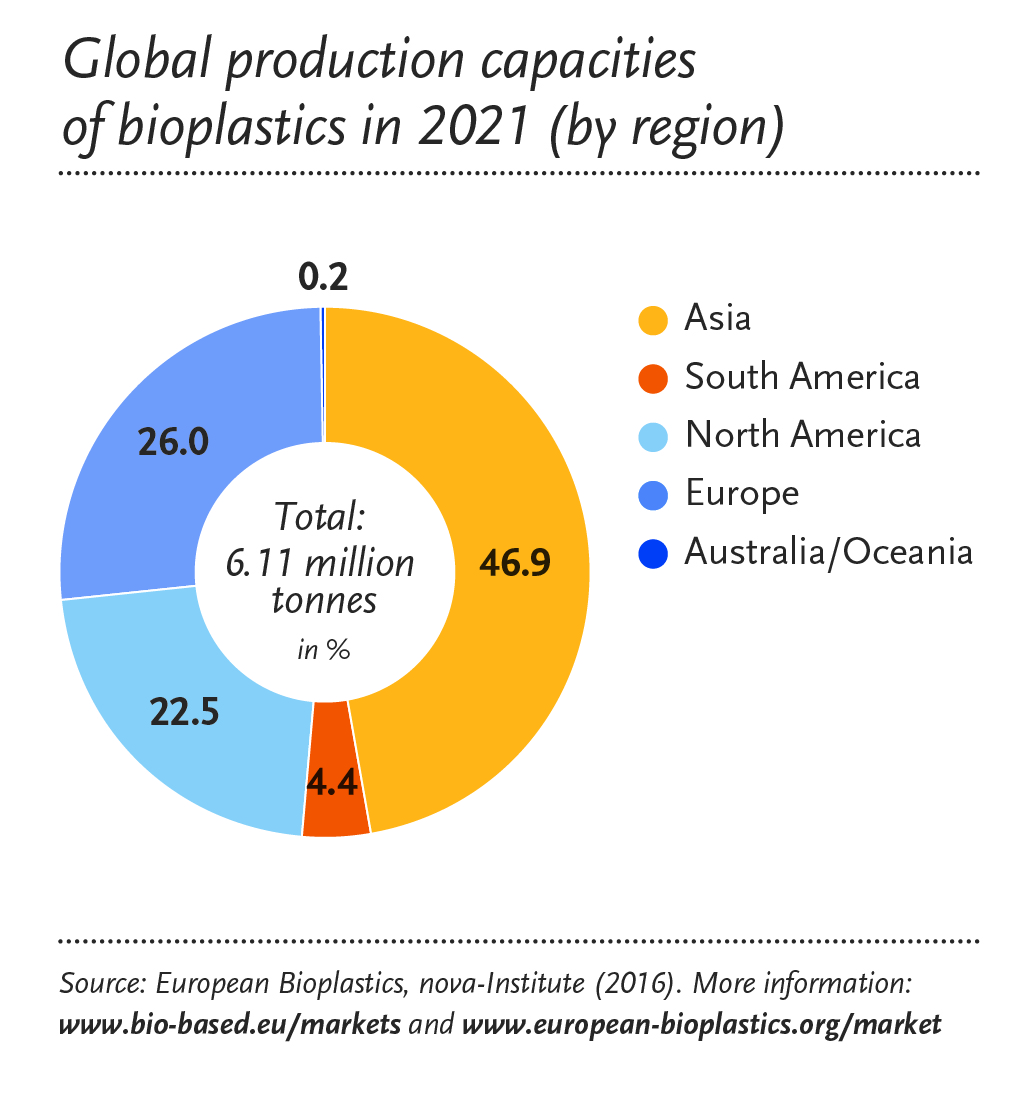 Biodegradable plastics, such as PLA, PHA, and starch blends, are also growing steadily from around 0.9 million tonnes in 2016 to almost 1.3 million tonnes in 2021. PHA production will almost quadruple by 2021 compared to 2016, due to a ramp-up of capacities in Asia and the USA and the start-up of the first PHA plant in Europe. Asia, however, will further expand its role as a major production hub. More than 45% of bioplastics production will take place in Asia by 2121,” said Lange. “Europe will hold relatively stable at around a fourth,” she added.

Tempering the good news was the finding that the low oil price, combined with a lack of political support for the bio-based economy, have nonetheless perceptibly slowed the overall growth of the global bioplastics industry.

To that end, Hasso von Pogrell, Managing Director of European Bioplastics called for a European policy framework that secures equal access to bio-based resources within the bioeconomy. “Creating a level playing field for bio-based materials and conventional materials is of paramount importance,” he said.

The 2016 market data update 2016 was compiled in cooperation with the research institute nova-Institute (Hürth, Germany). The data for the global production capacities of bioplastics is based on the market study “Bio-based Building Blocks and Polymers” by nova-Institute (2016).