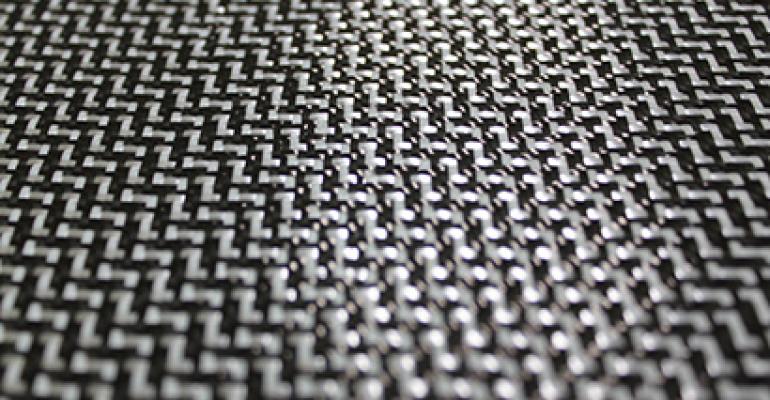 Carbon fiber composites have exceptional mechanical properties which are unequalled by other materials. Long prized for their light weight and strength, these materials will nevertheless break or splinter when exposed to high impacts. DSM has come up with the solution.

Among the novelties showcased at the K show this year in Düsseldorf was the new Dyneema Carbon composite material presented by Netherlands-headquartered DSM, an innovative hybrid solution designed for lightweight 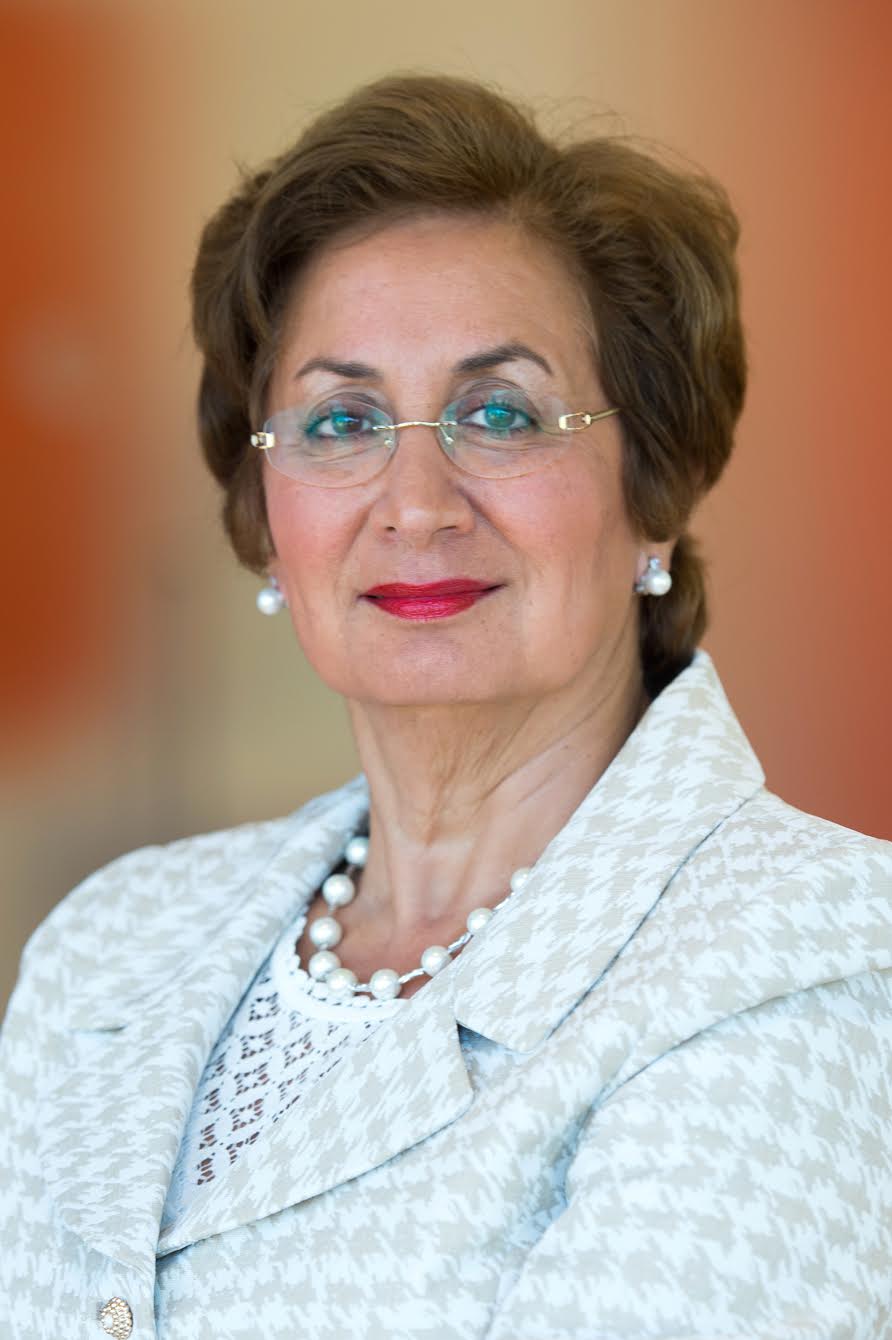 performance in a host of different applications. Earlier this week, PlasticsToday caught up with Golnar Motahari Pour, President of DSM Dyneema and responsible for global operations, to talk about the development and potential of the company’s new Dyneema Carbon hybrid composite.

But first, there were a few points that she wanted to make completely clear. One was the reason why DSM Dyneema was able to develop a new product like Dyneema Carbon at all.

“I need to emphasize that DSM Dyneema is absolutely unique: it is the only fiber producer that is integrated both backwards and forwards. That is important because we make the UH powder from which the fiber is made using a gel spinning process,” explained Motahari Pour. She continued: “We have our own technology, which enables us to vary the molecular structure of the UHMwPE fiber, and thus to modify the performance according to the end-use application. We can actually tailor-make solutions.” Hence, when it comes to developing a new product, DSM can customize the fiber to meet whatever requirements for performance have been set.

She also stressed that the new Dyneema Carbon hybrid composite was not the same product as the materials that make up the Dyneema composite fabric family, a 100% flexible Dyneema material based on technology developed by Cubic Tech, a company acquired by Dyneema DSM early in 2015. This fabric is currently used in high performance textiles and apparel – “shoes, jackets,” said Motahari Pour. “And it certainly has potential for industrial applications, and will, in the future, also have its own space in the electronics market. However, the Dyneema Carbon composite materials are something entirely different.”

So, what are they, exactly?

“These materials marry the strengths of carbon fiber and Dyneema,” said Motahari Pour. “The Dyneema fiber used was especially developed for this purpose, and the resulting hybrid composite is a strong, lightweight material with an increase in impact energy absorption of up to 100%.”

DSM Dyneema had been considering the development for a number of years, but, as Motahari Pour explained: “Hybridization wasn’t a trend.” What happened then was that the company was asked by several customers to help them with the problem of brittleness, splintering and vibrations encountered with the use of carbon fibers. She summed up: “Brabo, a brand of field hockey sticks looking for better vibration damping, was one. Another was OMP a producer of steering wheels for sports cars. A third was Toyota Motor sports, who needed a material with a high impact energy absorption for a racing car. Materials which splinter are a danger to the driver and his surroundings in the case of collision.”

Living up to its claim of being a solutions provider, rather than merely a materials vendor, the company got to work on developing a composite material that would be better able to handle impacts and to dampen vibration. “We want to be more than a fiber producer. We have the material science. We have the labs. We have all this technology. By working together, we can create more value. And by being directly in contact with the end users, we can deliver solutions to our customers,” said Motahari Pour.

There were, however, various challenges to be overcome, one of which was the development of the right resin. Motahari Pour: “Due to its chemical inertness, Dyneema doesn’t adhere well to resins” Obviously, the company already had ample experience with resin technologies; moreover, there were also resins that had been developed that were proprietary to DSM. ‘Coupling this expertise together with that of external partners enabled us to come with the best solutions for the different applications.”

Another difficulty was the fact that PE melts at lower temperatures than carbon fiber, said Motahari Pour. This problem, too was ultimately solved by the research & development team at DSM.

Dyneema Carbon is made by either stacking the fibers together parallel to each other or by interweaving them. The 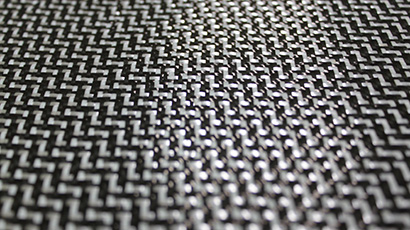 proportion of Dyneema compared to carbon fiber can vary anywhere from 10% to 100%, depending on the application. The Dyneema causes the carbon hybrid composite to be more ductile, reducing brittleness. “Working with our customers, we simulate performance applications in order to provide them with the product that fully meets their requirements,” said Motahari Pour.

She sees multiple application opportunities for the hybrid composite Dyneema Carbon in the automotive industry.  As she pointed out: “Carmakers already use carbon composites for structural parts. By replacing this with Dyneema Carbon composite the impact energy absorption could be improved,” she said. “Already, several carmakers are evaluating its use.”
As an additional advantage, she noted that Dyneema fiber has a lower density than carbon fiber. “But the price per kilogram is similar, which can make the new hybrid composite a cost-effective choice.”

One application already made headlines just a few months ago, when hand cyclist Laura de Vaan competed on the Dutch Paralympic cycling team on a tricycle featuring a monocoque made of Dyneema Carbon. Not only did the material provide enhanced safety and vibration damping, due to the high level of impact energy absorption, it also made it possible to tailor the aerodynamics of the cockpit for an optimum performance.  According to de Vaan, who won a silver medal in Rio, the bike responded perfectly during use, giving her the confidence she needed during the race. “I knew it was impossible to break,” she said.

That monocoque is already being looked at by racing car drivers. But the material has also caught the attention of, for example, wind turbine blade manufacturers, for whom the lighter weight would mean easier handling, compared to the glass-fiber reinforced polyester blades produced today.

“We are only just starting to explore the opportunities for Dyneema Carbon composites,” said Motahari Pour. Automotive and sports are just the first, obvious areas in which the composite can be used. And with the advantages it could offer in the wind energy field, another area may well be opening up. One thing, at least seems clear:  wherever lightweight strength, performance, durability and vibration damping properties are required, Dyneema Carbon would appear to fit the bill perfectly.