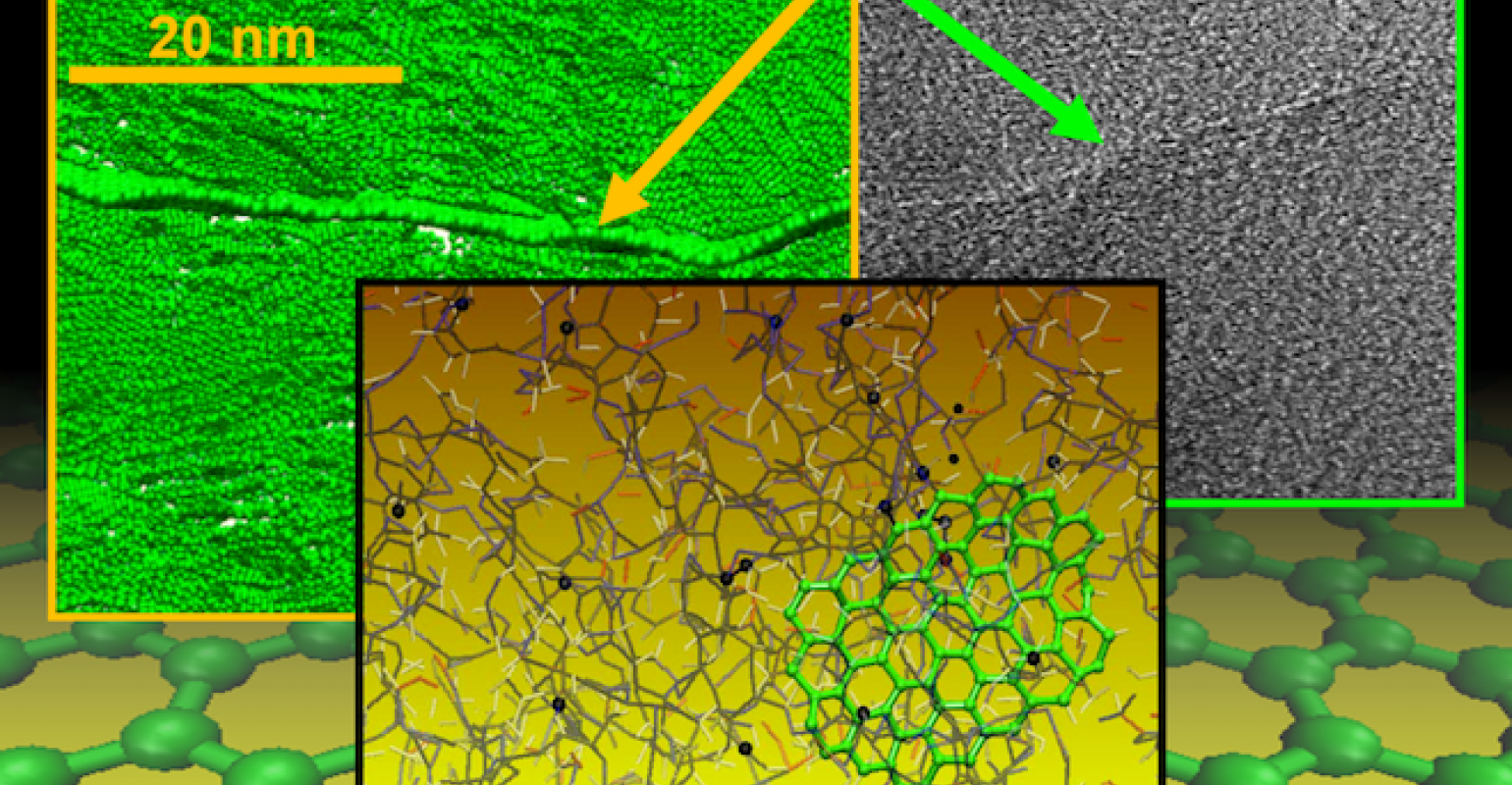 Researchers from Penn State, the University of Virginia and Oak Ridge National Laboratory, in collaboration with industry partners Solvay and Oshkosh, want to reduce carbon-fiber production costs to $5 per pound by making changes to the complex production process.

A new way of creating carbon fibers — which are typically expensive to make — could one day lead to using these lightweight, high-strength materials to improve safety and reduce the cost of producing cars, according to a team of researchers led by Penn State University. Using a mix of computer simulations and laboratory experiments, the team found that adding small amounts of the graphene to the production process both reduces the production cost and strengthens the fibers.

For decades, carbon fibers have been a mainstay of airplane production. If created in the right way, these long strands of carbon-based atoms, narrower than human hair, are lightweight, stiff and strong — a perfect application for keeping passengers safe in a vehicle soaring miles above the ground.

“Even though carbon fibers have really nice features, they would make a car far more expensive” with the way carbon fibers are manufactured now, said Adri van Duin, a professor of mechanical and chemical engineering at Penn State. “If you can get these properties easier to manufacture then you can make cars significantly lighter, lower the cost of them and make them safer.”

Carbon fiber sells for about $15 per pound today, and the team, which includes researchers from Penn State, the University of Virginia and Oak Ridge National Laboratory, in collaboration with industry partners Solvay and Oshkosh, wants to reduce that to $5 per pound by making changes to the complex production process. A lower production cost will increase carbon fiber’s potential applications, including in cars. Further, the team’s research may lower the cost of producing other types of carbon fibers, some of which reportedly sell for up to $900 per pound today.

“Currently most carbon fibers are produced from a polymer known as polyacrylonitrile, or PAN, and it is pretty costly,” said Małgorzata Kowalik, researcher in Penn State’s Department of Mechanical Engineering. “The price of PAN makes up about 50% of the production cost of carbon fibers.”

PAN is used to create 90% of carbon fibers found in the market today, but its production requires an enormous amount of energy. First, PAN fibers have to be heated to 200–300°C to oxidize them. Next, they must be heated to 1,200–1,600°C to transform the atoms into carbon. Finally, they have to be heated to 2,100°C so that the molecules are aligned properly. Without this series of steps, the resulting material would lack its needed strength and stiffness.

The team reported in a recent issue of Science Advances that adding trace amounts of graphene — only 0.075% concentration by weight — to the first stages of this process allowed the team to create a carbon fiber that had 225% greater strength and 184% greater stiffness than the conventionally made PAN-based carbon fibers.

The team gleaned insight into the chemical reactions taking place through a series of small- and large-scale computer simulations conducted on several supercomputers, the Institute for Computational and Data Sciences (ICDS) Advanced CyberInfrastructure; the National Science Foundation (NSF)-funded CyberLAMP, which is maintained by ICDS; and the NSF-funded Extreme Science and Engineering Discovery Environment (XSEDE), a multi-institute network of supercomputers and related resources. They also studied the properties of each material using laboratories in Penn State’s Materials Research Institute (MRI).

“We connected experiments of different scales to not only show that this process works, but it gave us an atomistic-scale reason why these types of additives work,” said van Duin, also the director of the MRI’s Materials Computation Center and an ICDS associate. “That knowledge allows us to optimize the process further.”

The flat structure of graphene helps to align PAN molecules consistently throughout the fiber, which is needed in the production process. Further, at high temperatures graphene edges have a natural catalytic property so that “the rest of PAN condenses around these edges,” said van Duin.

With the new knowledge gained from this study, the team is exploring ways to further use graphene in this production process using cheaper precursors, with a goal of cutting out one or more of the production steps altogether, thereby reducing costs even more. The U.S. Department of Energy and National Science Foundation (NSF supported this research.