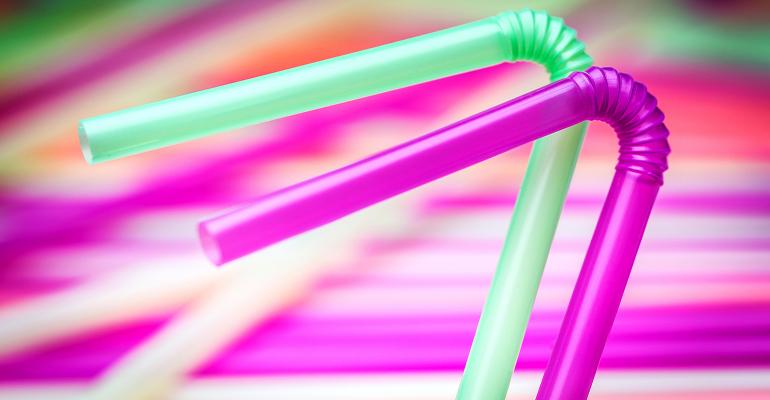 On this day in 1888, or thereabouts, Marvin Chester received a patent for the paper drinking straw.

Today is National Drinking Straw Day. Why, you ask? Well, Jan. 3 commemorates the day when Marvin Chester received a patent for his invention — the paper drinking straw — way back in 1888, or thereabouts. It wasn’t until the 1950s that plastic straws began to appear en masse, rapidly replacing their paper cousins because they were more durable and inexpensive. In more recent years, the plastic straw has experienced a reversal of fortune to some extent, as anti-plastics crusaders sought to banish them. In this instance, however, they had limited success, as reusable metal straws have not been widely adopted and paper straws aren’t as robust as their plastic counterparts — there’s a reason they largely vanished in the Fifties as the plastic straw came into its own.

The drinking straw has an interesting history, which actually begins in a Sumerian tomb from around 2000 to 3000 BC. Intrigued? Then I invite you to revisit a Throwback Thursday piece I wrote a couple of years ago: A Brief History of the Drinking Straw.

And while we are unabashed advocates of the plastic straw, Tori at ChicExecs Brand Strategy did bring to our attention a metal straw that deserves a mention for ingenuity in design. The Whiskee Straw incorporates a whisk, so you can mix drinks, protein shakes, iced coffee, and so forth. Just whisk, mix, and sip, goes the slogan. It’s available on Amazon or via the manufacturer’s website for around $14. What better gift for that special someone on National Drinking Straw Day?