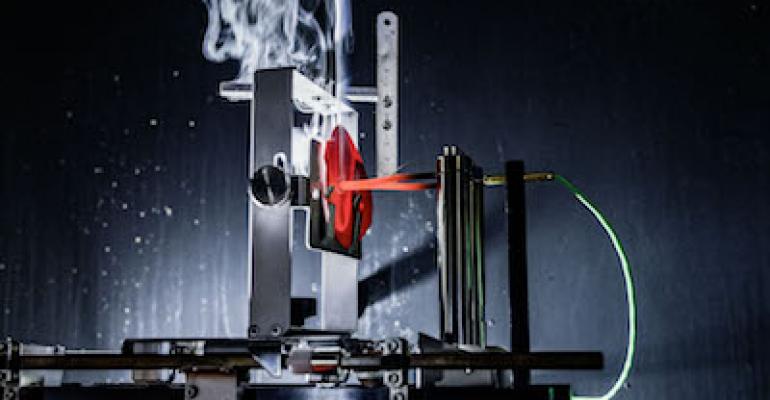 Improved tracking resistance and high glow wire resistance protects at home and on the road; application opportunities for components used in unattended household appliances and in electrified vehicles.

Lanxess is expanding its range of halogen-free flame-retardant compounds based on polybutylene terephthalate (PBT) to include variants with outstanding fire resistance in glow wire tests. The first in the product range is a compound reinforced with a glass fiber content of 25 percent. There are plans to introduce the trial product onto the market shortly.

“Due to their high glow wire resistance, such PBT materials have great potential in components used in unattended household appliances. In addition, we see very good opportunities for electrical and electronic components of electrified vehicles, for example in the area of battery charging,” explains Alexander Radeck, application developer in the High Performance Materials (HPM) business unit at Lanxess.

The new PBT material has already been certified by VDE Prüf- und Zertifizierungsinstitut GmbH with a GWIT value of 775°C for wall thicknesses of 0.4 to 3.0 millimeters (Glow Wire Ignition Temperature, IEC 60695-2-13). It also achieves excellent results in glow wire tests on finished parts according to IEC 60695-2-11. “We therefore assume that it will also perform well in even stricter glow wire tests on the finished part for unattended household appliances according to IEC 60335-1 and can be used, for example, in components for washing machines, dishwashers, and tumble dryers,” says Radeck. In such applications, the compound’s higher tracking resistance compared to flame-retardant materials containing halogen also pays off.

The other properties of the new glow wire-resistant material are similar to those of other halogen-free flame-retardant PBT compounds already on the market from Lanxess. These include product variants reinforced with a glass fiber content of 13 to 30 percent and an unreinforced compound. They all achieve the best classification of V-0 in flammability testing pursuant to the United States’ UL 94 (Underwriter Laboratories Inc.) standard. They are also highly resistant to UV light and rarely corrode when in contact with live components. Another advantage is their high thermal stability. As such, their relative temperature indices pursuant to UL 746B measure at least 140°C.

Among these products, the unreinforced Pocan BFN2502 particularly stands out. Its properties make it a rarity on the market. Despite the halogen-free flame-retardant package, it has a high elongation at break of more than seven percent. It is particularly suitable for components that must be both dimensionally stable and permanently electrically insulating.

“Some of our customers use the material to replace unreinforced polyamide 66 compounds with halogen-containing flame-retardant packages if the water absorption of polyamide in the component leads to problems with dimensional stability,” explains Radeck. The new PBT is also an alternative for corresponding unreinforced PBT compounds because it provides a better tracking resistance of 600 Volts (CTI A, Comparative Tracking Index, IEC 60112) for DC applications, for example.