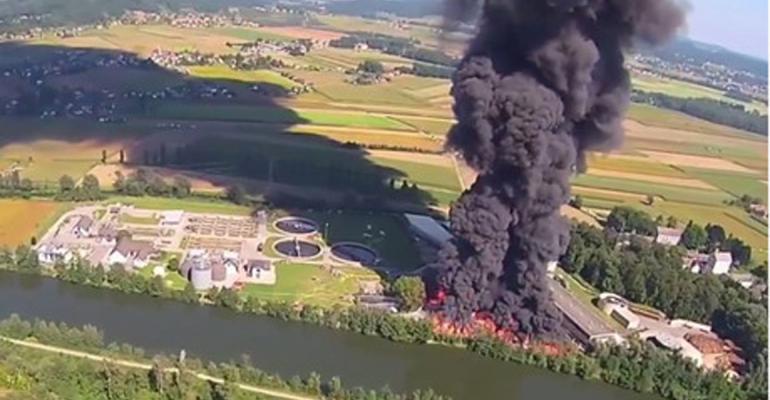 A fire broke out at a plastics recycling facility operated by Austrian plastics recycler Ecoplast Kunstoff-Recycling GmbH, south of the city of Graz over the weekend. Nine firefighters were injured in the blaze, with one rushed to hospital with carbon monoxide poisoning. 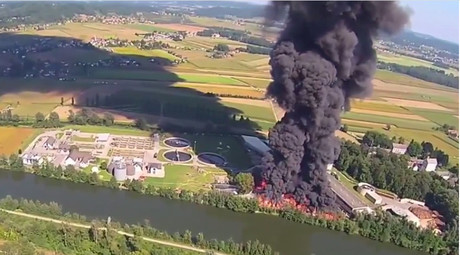 The blaze is believed to have started in stacked bales of plastic waste that were being stored outside, with the fire also damaging a plastics waste storage hall, as well as trees surrounding the area.

A biogas tank initially threatened to burst due to overheating, but the emergency services managed to cool it and it is now under observation. It took over 24 hours to extinguish the flames for more than 500 firefighters from 39 different brigades, with 35 paramedics and four doctors also present at the site.

At its plant in Wildon, Austria, Ecoplast processes around 28,000 tonnes of post-consumer plastics every year, turning them into high-quality LDPE and HDPE recyclates.

Police are now investigating the cause of the blaze.