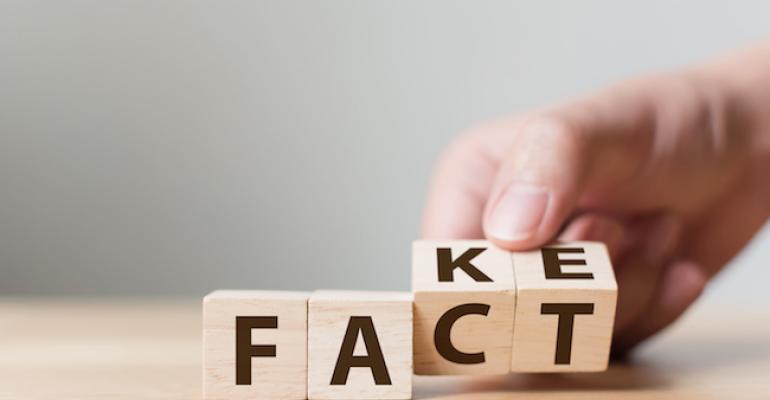 Plastic is not toxic. It prevents food wastage. It has a smaller carbon footprint than other materials. And now, more than ever, its sanitary and health benefits are in sharp relief. Let’s debate on the basis of science instead of emotions, OK?

First things first: No plastic is toxic in itself, chemically or biologically, in the quantitative way that we define toxicity. Plastics are all mixtures with additives, much as cookies or pasta are mixtures of flour with other ingredients. Some additives can be dangerous, but this can be true of any other material, even cookies.

The general public confuses some additives with the plastics, and seems happy to do so. It’s this happiness that upsets me. I squirm when I see porous materials like paper promoted as healthy, as it can support bacteria in absorbed water, while unreactive and integral plastic does not. Plastic products may pose a danger to some sea animals, as we've all seen in pictures, but they and we can eat them and nothing will happen. Ditto for fish, which belies the meme that plastics poison fish and we eat the fish and, thus, the poison. This ignores numbers/concentration/probability, as well as biology, and assumes a miraculous behavior of the digestive systems of fish as well as our own.

I know about the pervasive fear of storing food in plastic. I’m still looking for reliable reports on how much of what happens to what foods in which plastic under what real-world conditions. I worry more about bacteria, so the plastic (and the food) should be sterile to begin with. Some plastics melt in microwaves and others distort, none of which matters much to the food but may make a mess in handling. What about the leaching from water bottles in a hot car? (Leaching, by the way, is often misspelled as leeching to increase the negative effect.) If I ask, “What leaches?” I may get the answer “BPA.” The harmfulness of BPA is controversial, but, in any case, has no relation to PET (recycle #1) used for water bottles. BPA is needed to make polycarbonate, a much more expensive plastic that we use for eyeglass lenses, airplane and bank windows, and CDs.

Plastics are strings of carbon atoms with attached hydrogens and sometimes oxygens (the components of water, or H2O). They are similar to fats and (with nitrogen) proteins, but plastics are much less reactive. It is this inertness that leads me to question degradables, because they are reactive. Waste and landfill management are separate, very important issues but not relevant to the topic of toxicity.

One major plastic, PVC, contains bound (not free) chlorine. Chlorophobes make much of this but the ocean is loaded with chlorine as 4% sodium chloride (salt). Chlorine vs. chloride makes a big difference — one is reactive (chlorine in pools) and the other is reacted (chloride as salt in the sea or PVC plastic).

But none of this matters when it comes to popular imaging. Images don't become popular for no reason. In the case of plastics, people are eager to embrace the negative image because of the following reasons.

I took a child development course once, where the professor said the concept of the all-powerful comes from babyhood, as the new human is totally dependent on the outer world for survival. Everything is magic. We eventually learn that our caretakers are not omnipotent, but the vestiges remain and account for some of our beliefs. Belonging is needed for survival, so we believe what helps us survive — the Darwinian drive in us all.

So that's why I see plastics as good for us. However, because the above reasons are so strong, the popular image isn’t going to change quickly or maybe ever. Lately the sanitary and medical values of plastics have come to the fore, much to the annoyance of diehard plastiphobes. There are countless positive/harmless uses for plastics. Clean packaging is one, but packaging represents only 20% of plastics consumption. Agriculture is important (mulch, irrigation, harvesting) and so is automotive, building/construction, and textiles (nylon and polyester are plastics, too).

Babies grow up and learn that life is like driving down a road: We need to see where the dividers and curves and boundaries are, but if we don’t get on the road, we won’t go anywhere. Extremes blind us from balance.