Best known by the acronym PHA, the Polyhydroxyalkanoate Market is projected to reach $167 million by 2027 at a CAGR of 15.3% from $81 million in 2022, according to a new report by MarketsandMarkets.

The market is mainly driven by government regulations prohibiting or restricting the use of plastic bags across the globe. Certain factors are restraining market growth; among them, the high prices of final products are a major factor due to the expensive production process. Manufacturers of PHA can tap growth opportunities in the Asia Pacific market, where the adoption of biodegradable plastics is increasing.

However, the most important factor that can be attributed to higher growth of short chain length PHA is the low cost of these polymers as compared to medium chain length PHAs.

Used cooking oil is a cheaper source for PHA.

Triglyceride-rich vegetable oil sourced from soy, canola, and palm, among others, is converted by triacylglycerol-utilizing bacteria, which secrete lipase. Lipase is a fatty acid from triacylglycerol molecules, which is then consumed by the bacteria. The process is a little complex and requires a special strain of bacteria. Kaneka is one of the major players utilizing this method of production. Used cooking oil is a cheaper source for PHA, which helps reduce the cost of production. This is responsible for the high growth rate for the vegetable oil fermentation method.

Europe is projected to grow at the highest CAGR during the forecast period, both in terms of value and volume. This is attributed to the significant demand from countries such as Germany, Italy, and France. Government policies supporting the use of biodegradable plastics and increasing awareness among consumers are the key factors responsible for market growth in the European region. 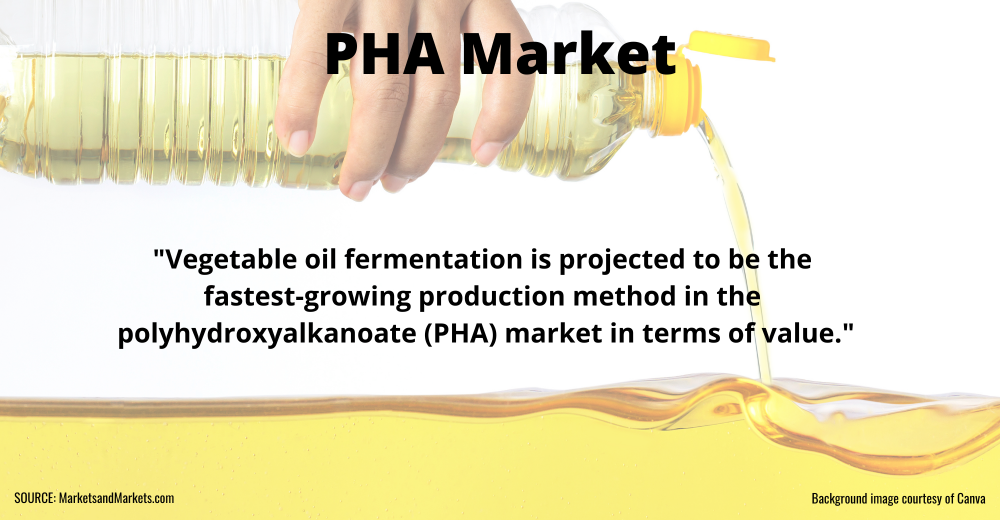 Next Up
And the winners of the JEC Innovation Awards are . . .
Start Slideshow ›