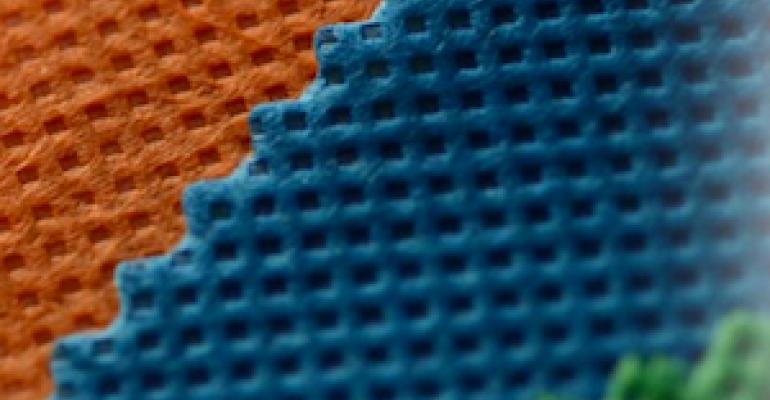 Tessiture Pietro Radici (TPR), the ancestral RadiciGroup (Gandino, Italy) company founded in 1941 as a manufacturer of textiles and today a market leader in the production of spunbond nonwovens (Dylar) and synthetic grass yarn (Radigreen), is celebrating 75 years in business. The company plans a series of event dedicated to its employees, which today number 130, as “a sign of respect for the people who have made TPR a great company,” said RadiciGroup’s release.

Unlike ordinary fabrics, nonwovens are warp and weft free and are produced directly from the polymer by extrusion spinning. The entangled continuous filaments obtained are then web bonded through a heat process. Dylar nonwoven is particularly suited for industrial applications, such as construction insulation, automotive, agriculture, furnishings and single-use tablecloths for the hospitality industry.

The artificial grass yarn produced by TPR is used for the manufacture of synthetic turf for sporting venues, gardens and children’s playgrounds.

On the occasion of the company’s 75th anniversary, Angelo Radici, President of RadiciGroup, announced a €10 million investment in a new nonwovens production line with the objective of strengthening the company's presence in construction and agriculture. The decision shows RadiciGroup’s determination to expand in the nonwovens market and confirms its commitment to the company’s employees and members of the community where it is based, noted the release.

“To us, Tessiture Pietro Radici is a symbol of the strong bond that has connected us from the beginning to the community where our group was born and has grown,” said Maurizio Radici, Vice President and COO of RadiciGroup. “TPR is the oldest group company, but it is also a business carrying out the production of innovative products to meet the needs of markets, like construction, that are demanding more and more energy-efficient products.”

The nonwovens market for technical applications has grown worldwide at an annual rate of around 8% for quite some time, said the RadiciGroup. This is the reason behind the group’s decision to invest in this technology, with the goal of increasing production capacity by 50%. Production will rise from the current 12,000 to 18,000 tons per year by the end of 2017, and the line will employ 20 workers.

RadiciGroup currently operates a network of production and sales sites in Europe, North America, South America and Asia, and has 2,985 employees. The company is “one of the world’s leading producers of a wide range of chemical intermediates, polyamide polymers, engineering plastics, synthetic fibers and nonwovens.