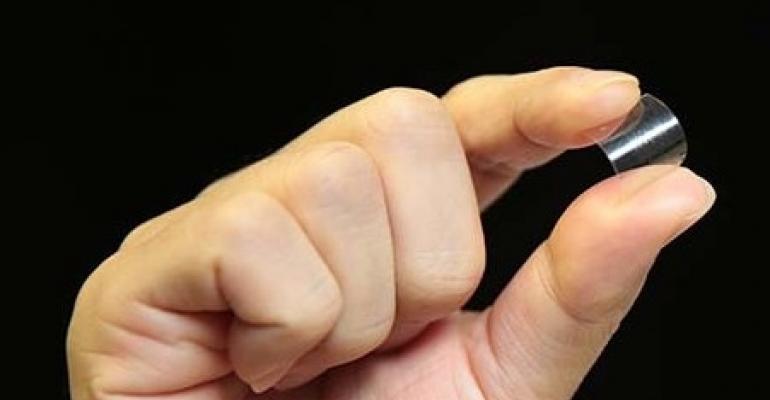 Described as a breakthrough in flexible electronics, researchers from the National University of Singapore (NUS) have developed a “smart" plastic that achieves unprecedented performance in regards to data storage and processing capabilities. The polyethylene terephthalate (PET) material is flexible enough to be bent into the shape of a tube, for example, without compromising the embedded electronics. It could lead to significant advances in the design of lightweight, flexible wearable healthcare devices, among numerous other applications.

NUS researchers, working in collaboration with peers from Yonsei University (Seoul, South Korea), Ghent University in Belgium and Singapore's Institute of Materials Research and Engineering, have successfully embedded a powerful magnetic memory chip in PET. Flexible magnetic memory devices are the fundamental component required for data storage and processing in wearable electronics and biomedical devices, which require various functions such as wireless communication, information storage and code processing, notes a press release published by NUS. Although a substantial amount of research has been conducted on different types of memory chips and materials, there are still signiﬁcant challenges in fabricating high-performance memory chips on soft substrates that are flexible, without sacriﬁcing performance.

The research team first grew the MgO-based MTJ on a silicon surface, and then etched away the underlying silicon. Using a transfer printing approach, the team implanted the magnetic memory chip on a ﬂexible PET surface while controlling the amount of strain.

“Our experiments showed that our device’s tunneling magneto-resistance could reach up to 300%. It’s like a car having extraordinary levels of horsepower,” explained Associate Professor Yang Hyunsoo of the Department of Electrical and Computer Engineering at the NUS Faculty of Engineering, who led the research. “We have also managed to achieve improved abruptness of switching. With all these enhanced features, the flexible magnetic chip is able to transfer data faster.

Yang and his team were recently granted U.S. and South Korean patents for their technology. They are conducting experiments to improve the magneto-resistance of the device by fine-tuning the level of strain in its magnetic structure, and they are also planning to apply their technique in various other electronic components. The team is interested in working with industrial partners to explore further applications of this novel technology.

In addition to wearable medical devices, the technology is said to have great potential in automotive, industrial motor control, robotics, industrial power and energy management, military and avionics applications.

The researchers published their findings in the July 6 edition of Advanced Materials.