Sorry, folks, oil does not come from dinosaurs 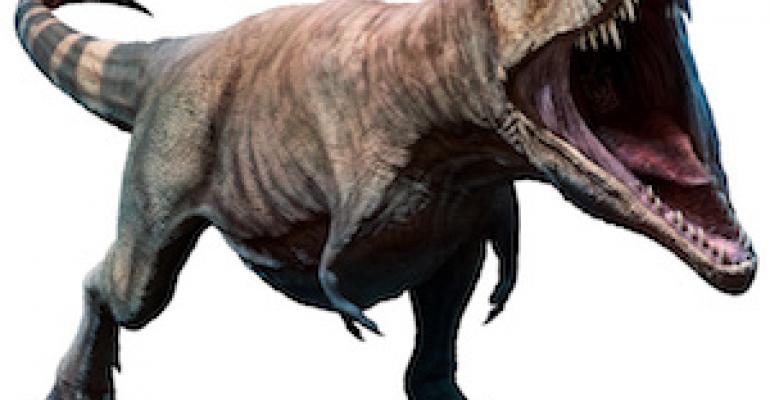 Petroleum is made from aquatic phytoplankton and zooplankton, and because petroleum is created by biomass, plastic also is a form of biomass.

Well, darn it! I just learned something that will force me to stop using one of my favorite sayings coined by Jon Huntsman, Sr.: “Use old dinosaurs, not new trees.” It indicates his preference for plastic over paper.

Oil and natural gas do not come from fossilized dinosaurs! Thus, they are not fossil fuels. That’s a myth. According to Wikipedia, the term “fossil fuel” was first used by German chemist Caspar Neumann in 1759. It was subsequently used more ubiquitously in the early 1900s to give people the idea that petroleum, coal and natural gas come from ancient living things, making them a natural substance.

An article by Bob Strauss on ThoughtCo.com notes that Sinclair Oil Corp. sponsored a dinosaur at the Chicago World’s Fair “on the premise that the world’s oil reserves were formed during the Mesozoic era, when the dinosaurs lived. The exhibit was so popular that Sinclair promptly adopted a big, green brontosaurus . . . as its official mascot,” writes Strauss.

Petroleum, natural gas and coal come from biomass, primarily from plankton and decaying marine organisms, and “single-celled bacteria” that “evolved in the Earth’s oceans about three billion years ago.” Over millions of years, layers of sediment built up, along with plants (plankton and algae) and bacteria. Heat and pressure began to rise. The degree of heat and the amount of pressure, along with the type of biomass, determine if the material becomes petroleum or natural gas.

Over the course of millions of years, “members of these massive colonies died off” and “sank to the bottom of the sea and were gradually covered by accumulating sediment,” writes Strauss. "Over millions of years, these layers of sediment grew heavier and heavier until the dead bacteria trapped below were ‘cooked’ by the pressure and temperature into a stew of liquid hydrocarbons.”

As for coal, Strauss notes that the world’s coal deposits “were laid down during the Carboniferous period, about 300 million years ago—which was still a good 75 million or so years before the evolution of the first dinosaurs.” Coal was formed when the dense forests and jungles were “buried beneath layers of sediment, and their unique fibrous chemical structure caused them to be ‘cooked’ into solid coal rather than liquid oil,” explains Strauss.

So, scientifically, when we talk about plastics being made from “biomass” as a means of becoming “green,” we’re not really talking about anything new. Petroleum is made from aquatic phytoplankton and zooplankton, and because petroleum is created by biomass, plastic is a form of biomass. It makes sense, then, that we can create plastic from corn, sugar cane, switch-grass and other plants. Plastics are plants in another form.

The term “fossil fuel” is really a misnomer that caught on and is still being used. For example, I received a notice for the Global Plastics Summit (June 4 to 6 in Houston, TX) sponsored by IHS Markit and the Plastics Industry Association (PLASTICS). One of the featured speakers is Steve Winberg, Assistant Secretary, Fossil Energy for the U.S. Department of Energy. The title of his presentation is, Fossil Energy Innovation and Opportunities. Winberg might be surprised that fossils have nothing to do with energy!

While they may not be as exciting as gigantic dinosaurs, tiny bacteria, plankton and algae really are the originators of oil and gas, which are natural, organic substances. When we talk about bio-plastics, we’re really talking about all plastics. When a company comes up with the idea of making plastics out of algae or other various plant materials, they’re really just replicating the same natural process to manufacture plastic as Mother Nature did, only we can do it more quickly today through industrial processes.

At the end of the day, there’s nothing new under this old sun. I suppose if Jon Huntsman Sr. were still with us, he might have to change his saying to something like, “use old bacteria, not new trees.”