Toxic flame retardants are still being used in plastics, even though there are alternatives 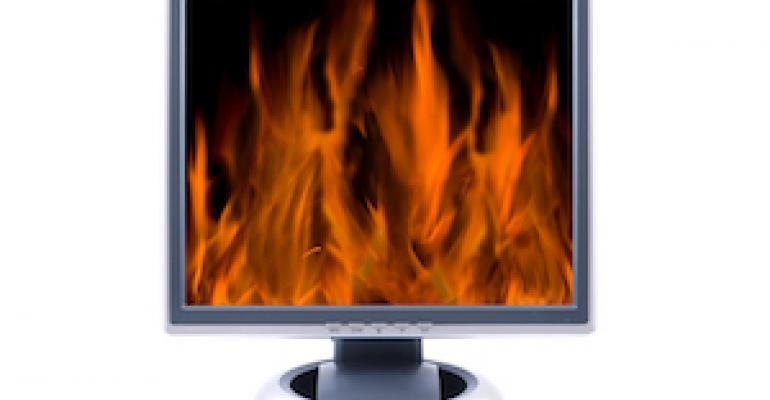 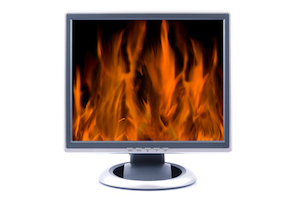 Flame retardant additives are put into various materials, such as foams for furniture seating and mattresses, plastics used for electronic and electrical applications, and aircraft and vehicle interiors. It became so important for people to be protected from the ravages of clothing and furniture fires, and particularly in the transportation industry, that the federal government began mandating the use of these chemicals in countless products.

The flip side is that advocacy groups such as Safer Chemicals, Healthy Families and about 21 states are calling for the elimination of flame retardants, calling them “toxic.” Recently, Safer Chemicals released a study (“TV Reality: Toxic Flame Retardants in TVs”), which found that “TVs could be bad for your health in an unexpected way: TVs contain toxic flame-retardant chemicals that can contaminate homes.”

Testing done by Toxic-Free Future and Clean Production Action found that TV manufacturers continue to use toxic flame-retardant chemicals in their products despite evidence that the chemicals are harmful to health. Two TVs were found to contain the banned chemical flame retardant deca-BDE in apparent violation of Washington state law, where the TVs were purchased, said the press release.

The big problem that the Toxic-Free Future group has with flame retardants is that the chemicals “can escape products and end up in household dust, exposing adults and children to the chemicals through ingestion, such as through hand-to-mouth activity.”

Marc Lebel, CEO of FRX Polymers (Chelmsford, MA), a company founded on the basis of solving the two issues that surround flame retardants (FRs), told me in a very enlightening conversation the other day that “unfortunately some of these groups tend to lump everything into one category and call it ‘flame retardant.’ But within that category there are probably seven to eight different chemistries, so you have to know what you’re talking about before you begin talking about FR in plastics.”

There have been two major developments in the FR industry, noted Lebel. “First, there has been a movement away from brominated halogenated FR. These materials have been found to be toxic, but there’s a whole range of brominated FR additives, with just a handful found to be toxic,” said Lebel. “When we talk about chemical toxicity, it involves three things: Bio-accumulation in the body, which means the FR additive never leaves the body; persistence in the environment, which means it does not biodegrade; and finally, toxic to human health. Together, these chemicals are called PBT (persistant, bioaccumulative and toxic.)"

PBT chemicals typically are small molecules that can migrate out of the host material. In some cases, they could be the flame retardants, but not only those chemicals, Lebel noted. “Because of those issues, in 2006 four of those brominated [halogen-containing] FR families were banned in Europe and the movement has since gone global,” he said. “Halogen-free FR is the direction in which the industry is moving.”

Secondly, Lebel explained, there is a more recent trend toward polymeric versus small-molecule flame retardants. The former are seen as environmentally friendly, because if you formulate a plastic with an inherently flame-retardant polymer—making it an inherent part of the plastic—it won’t bleed out of the host polymer over time, because the polymer chain of the host polymer bonds to the FR polymer. The two polymers mix and the chains link tightly so that there is no migration.

“That also means that you don’t lose the FR properties over time and, at the same time, you don’t expose anyone to any chemicals. FRX was founded on the basis of solving those two issues,” said Lebel. “We’re halogen free—the only halogen-free polymer in the world. We have found over time that our Nofia co-polymer line also has properties beyond flame retardency. For example, when our customer PolyVision wanted to make an FR PET material but didn’t want to lose the original properties of their PET material, they chose our Nofia FR.  With our product, all the properties of the original PET are retained, and PolyVision’s DuraPET products permanently maintain flame retardency, which does not migrate out of the PET.”

Fighting the hype and misinformation that surrounds flame retardants in plastics is not easy or cheap, Lebel told me. But the company keeps trying. FRX is a founding member of PINFA (Phosphorus Inorganic Nitrogen Flame Retardant Association), which educates OEMs and consumers about flame retardancy and the fact that not all FRs are created equal.

The American Chemistry Council has an excellent page on flame retardants with a video featuring Bob Howell, Professor of Chemistry at Central Michigan University. Another video on that same page shows two TVs, one with a flame retardant that will not burn despite repeated attempts to ignite it, and another without flame retardant in the plastic housing that is on fire.

“Plastics that come into contact with electricity or electronic components must be flame retardant,” Lebel stressed.

Of the 12 TVs tested by Toxic-Free Future, 11 contained flame retardants at concentrations of up to 33% of the weight of the plastic housing. Two of the TVs contained PBDE flame retardant (deca-BDE), “despite being banned in five states: Washington, Maine, Oregon, Vermont and Maryland.” Only one TV tested by the group, made by Insignia, did not contain any of the FRs.

“There are really good solutions that can do the job of flame retardency without toxic effects,” said Lebel. “We believe that it’s a false narrative that some green chemistry people promote that you can’t have fire safety in plastics and be environmentally safe simultaneously. We reject that as a premise. You can have flame retardency and environmentally safe products. Ours is the only halogen-free polymeric FR material. In fact, FRX won a sustainability award from the EPA for the development of the Nofia product line. We’re trying to get the message to resin producers and compounders that this is available.”

Safer Chemicals noted that Dr. Mark Rossi, Executive Director of Clean Production Action, stated, “the testing results highlight the need for manufacturers to understand the toxicity of chemicals in their products and to use tools like GreenScreen (a company that certifies safe chemicals) to identify safer alternatives and avoid regrettable substitutes.”

According to the Safer Chemicals report, only two companies publicly report efforts to reduce chemicals of concern in their products. “LG has banned all PBDE flame retardants in its products, and Insignia (private label brand of Best Buy) launched a pilot project in 2015 to redesign the power source of its TVs. Best Buy has also publicly committed to phase out chemicals of concern from its products, reduce its use of harmful chemicals and improve its management of chemicals,” said the report.

It’s in the best interests of the plastics industry to keep these advocacy groups apprised of the availability of non-toxic, environmentally friendly flame retardants and step up with information when these reports come out.

Let’s make sure the science of flame retardants in plastics is adhered to so that the myths don’t take hold.