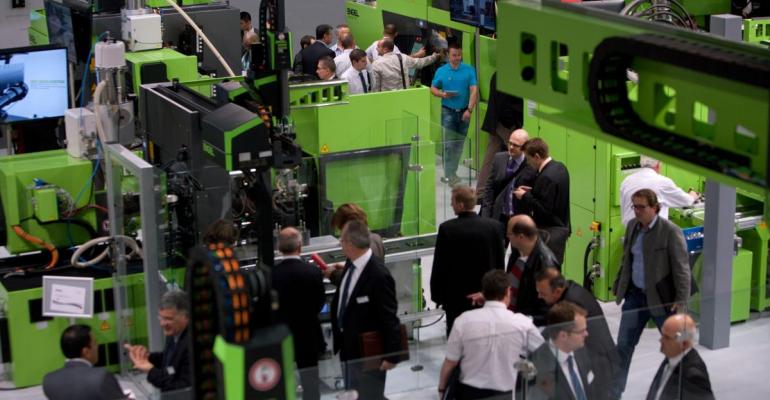 Going into 2013, the most popular letter in all of plastics was K. In October, the global plastics industry descended upon Germany for the triennial K. While attendance was down, plenty of companies had lots of news to share.

Going into 2013, the most popular letter in all of plastics was K. In October, the global plastics industry descended upon Germany for the triennial K. While attendance was down, plenty of companies had lots of news to share. In fact, the most-read story on PlasticsToday in 2013 came from Arburg's announcement that it had developed and will begin selling an additive manufacturing machine that uses regular plastic resins.

But 2013 wasn't just about K, as Chinaplas 2013 held in Guangzhou reported the highest ever attendance marks in total number of attendees (114,103) and overseas visitors (30,770). There was also the biennial Feiplastic event held in São Paulo in May, which reports from the show included news that the Brazilian plastics machinery industry continues to see gains in its exports, particularly within Latin America, thanks in large part to an assist from its machinery association and the Brazilian government.

Other big stories included the medical device tax, shale gas revolution, the usage of PCR in packaging, bag and material bans, P&G's venture into a new mold/molding process and the constant debate about reshoring.

And it's safe to say that 2013 ending in dramatic fashion with the declaration of bankruptcy by Feng Ping Tooling & Plastics Mfg. Co. Ltd., and the narrow escape of the two brothers who owned the huge, fast-growing mold manufacturing company in Dongguan, Guangdong Province.

So what will the landscape look like in 2014? Sadly, we don't have a working crystal ball (but all the editors took a stab at predictions). However, new data from the Institute for Supply Management stated that economic activity in the manufacturing sector expanded in December for the seventh consecutive month, and the overall economy grew for the 55th consecutive month.

Of the 18 manufacturing industries, 13 are reporting growth in December, which included plastics & rubber products. Will this type of growth continue? Only time will tell, but we will be on the lookout.

2. Starbucks talks reusable plastic cups, wants to use PCR in the future

10. Plastic shopping bags: From modern marvel to public enemy no. 1

1. Plastic bag bans are bad for your health

2. Think plastic bag bans are only about bags? Think again.

4. Did Jabil overpay for Nypro?

6. Updated: No 'Get Out of Jail Free' Card for this U.S. plastics executive in China

8. What if they held a trade show and nobody came?

10. Are manufacturing plants coming or going?