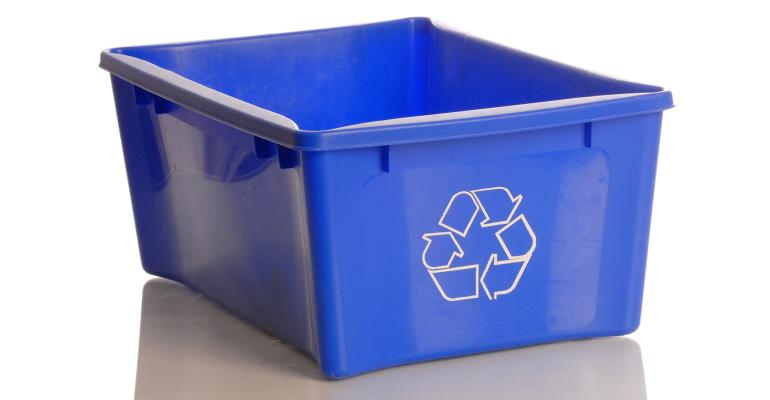 The Recycling Partnership has awarded nearly $2 million in grants to advance polypropylene (PP) recycling in the United States through its Polypropylene Recycling Coalition. The cross-industry collaboration launched just four months ago, with founding steering committee members Keurig Dr Pepper, Braskem, and the Walmart Foundation, along with other members in the PP value chain.

In its initial round of funding, the Recycling Partnership’s Polypropylene Recycling Coalition is providing four grants to materials recovery facilities (MRFs) across the United States that will improve and increase sortation of PP and support targeted consumer education efforts. Sometimes referred to as No. 5 plastic, PP is used in an array of food and non-food packaging. The coalition’s investments will widen total nationwide acceptance of polypropylene in curbside recycling programs by approximately 1.7% to an additional four million people, resulting in the recovery of a larger supply of PP that can be made into new products such as consumer packaging and automotive parts, said the announcement.

“Through the Polypropylene Recycling Coalition, we are rapidly driving meaningful, measurable change by awarding grants to four materials recovery facilities that will improve and increase the capture of polypropylene. We encourage all companies that use polypropylene to join us and be part of the solution,” said Keefe Harrison, CEO, Recycling Partnership. “In just a few months, we’ve gathered companies across the value chain, launched the coalition, and awarded grants. This collaborative work will support jobs, preserve natural resources, and help support the transition to a circular economy in the United States.”

Grants are awarded to candidates not currently recycling polypropylene. With these strategic investments, polypropylene will now be accepted curbside in more communities and sent to established end markets. Also, community members in these areas will be educated as to what is and isn’t accepted in curbside recycling.

“As Ohio’s recycling leader, our family company processes more than one billion pounds of recyclables annually, and our customers have a desire to recycle even more,” said Jeff Snyder, Recycling Senior Manager, Rumpke Waste & Recycling. “The Polypropylene Recycling Coalition grant will aid us in our efforts to responsibly grow recycling within our service footprint, while providing end users with a clean stream of material for their products.”

After a strong response to its original request for proposals, the coalition continues to accept grant applications to further its efforts to advance polypropylene curbside recycling. The next round of grant proposals is due by March 31, 2021. Information and grant applications can be found at recyclingpartnership.org.

“It is important that we take steps to reduce plastics pollution including revitalization of programs that make it easier for people to recycle in an environmentally sound manner,” said coalition advisor and former EPA Administrator Carol Browner. “This program from the Recycling Partnership and the members of the Polypropylene Recycling Coalition will create a circular economy for polypropylene and will reduce the amount of this plastic in our environment.”