Nelipak Corp. (Cranston, RI) announced today that it has closed on the acquisition of Debond Corp. (dba Flexpak Corp.). The business will be owned by Nelipak and operate under the name of Nelipak Healthcare Packaging.

Nelipak Corp. (Cranston, RI) announced today that it has closed on the acquisition of Debond Corp. (dba Flexpak Corp.). The business will be owned by Nelipak and operate under the name of Nelipak Healthcare Packaging. 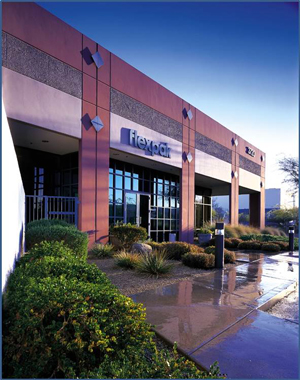 Founded in 1974, Flexpak is a manufacturer of custom thermoformed trays, clamshells, and blisters with an emphasis on medical markets as well as consumer and food markets. Based in Phoenix, AZ, Flexpak provides a host of complementary services such as design engineering, concept development, prototyping, in-house tooling design and fabrication, supply chain management, and maintenance and validation.

Flexpak's customers include medical device manufacturers in the southwest United States and northern Mexico, according to a press release distributed by Nelipak. Under the Nelipak brand, Flexpak will further develop its thermoformed packaging products and service capabilities for the healthcare market.

This acquisition strengthens Nelipak's commitment to the U.S. healthcare market and will allow it to take advantage of growth opportunities in regions where Flexpak has a strong presence. Flexpak's customers will have access to Nelipak's award-winning design teams and cleanroom manufacturing throughout its global locations in the United States, Netherlands, Ireland, and Costa Rica.

A 60-year-old brand specializing in the design, development, and manufacture of thermoformed medical packaging, Nelipak was acquired by Sealed Air Corp. in 2006, where it became part of the company's rigid medical packaging business. In December 2013, private equity company Mason Wells along with management and other investors acquired that business from Sealed Air and formed Nelipak Corp.