15 ways plastic was fantastic for medical technology in 2015 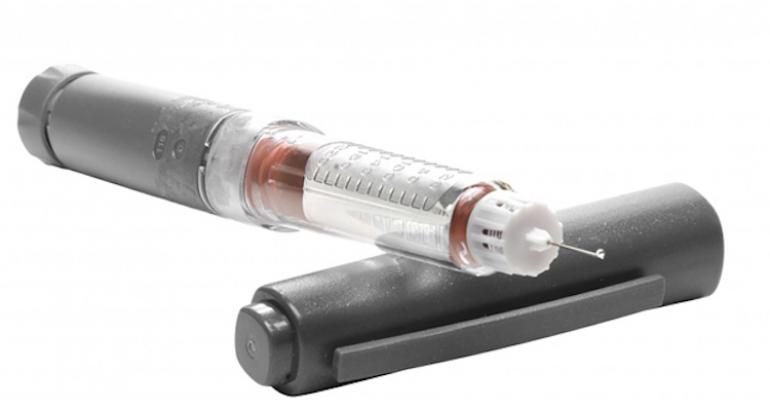 Plastic is fantastic, as we like to say around here, and that has been especially true in the medical realm in 2015. From research establishments around the world to materials suppliers and medical device OEMs, advances and even breakthroughs have been plentiful.

In 2015, FDA approved the first bioabsorbable polymer stent (after it was brought to market in the European Union and countries that recognize the CE mark, to be sure) and the first patient in the country received a plastic meniscus implant in a clinical trial. Meanwhile, materials scientists and researchers have laid the groundwork for tomorrow's medical miracles, from an injectable plastic that would almost immediately staunch bleeding from a wound to shape-memory polymers that could treat conditions associated with Alzheimer's and Parkinson's disease.

Here are some of the notable discoveries and applications that we have covered on the Medical Channel in 2015.

In January 2015, surgeons at Ohio State University (OSU) Medical Center (Columbus, OH) performed the first plastic meniscus implantation in the United States as part of an FDA-approved clinical trial. The device has the potential to offer patients with a torn meniscus a minimally invasive remedy that overcomes many of the limitations of current treatments. Read more

A proprietary biomaterial processing technology developed by Proxy Biomedical (Galway, Ireland) reportedly boosts the strength of materials currently used to manufacture resorbable orthopedic implants by more than 100%. By increasing the strength and toughness of resorbable materials, Proxy Bio-XT could be a disruptive technology for implant design, enabling new applications that currently are not considered suitable for resorbable products, according to the company. Read more

Injectable plastic could be life saver in remote locations

A new injectable polymer developed by researchers at the University of Washington (UW; Seattle) could strengthen blood clots and save countless lives on the battlefield, in rural areas and anywhere else where immediate medical treatment may not be available.

PolySTAT works like factor XIII, a natural protein found in the body that helps strengthen blood clots, by crosslinking fibrin strands that form at the wound and prevent bleeding. Researchers report that the material would be potentially less expensive than the blood-based products currently in use, which require careful storage. Read more

Typically used in automotive and aerospace applications, fiber-reinforced plastics also have enormous potential in medical applications, according to the Fraunhofer-Institute for Production Technology IPT (Aachen, Germany). The institute has developed a micro pullwinding process that enables the mass production of minimally invasive devices. At the time of writing in January 2015, researchers were working on techniques to process thermoplastic fiber composites for the manufacture of customizable devices. Read more

Oxford Performance Materials Inc. (South Windsor, CT) has received 510(k) clearance from FDA for its SpineFab system, a load-bearing polymer device for long-term implantation. Designed to replace a collapsed, damaged or unstable vertebral body caused by tumor or trauma, the vertebral body replacement (VBR) system is the first and only FDA-cleared 3D-printed device of its kind. Read more

Medical device coating technology that is designed to enhance communication at the interface between human tissue and electrodes was introduced by Biotectix (Ann Arbor, MI) at the start of the year. Amplicoat technology reportedly overcomes the limitations of other conductive coatings in medical applications by offering improved durability, processability and performance. The coating is available for license and commercialization on medical devices; other applications are currently under development. Read more

Boston Scientific (Marlborough, MA) announced on Monday that it has received FDA approval for its Synergy Bioabsorbable Polymer Drug-Eluting Stent System (BP-DES) for the treatment of coronary artery disease. It is the first and only BP-DES approved for use in the United States, entering a domestic stent market that is valued at $1.3 billion annually; globally, the market is worth $4 billion. The product received the CE mark in 2012, and has been available in the European Union and other countries that recognize the marking since then. Read more

Compounder RTP Co. (Winona, MN) unveiled the results of tribology data for designers of medical devices to attendees of MD&M West in Anaheim, CA, and NPE2015 in Orlando, FL earlier this year. Using the new friction test method, RTP engineers were able to evaluate base resins in a variety of combinations with friction-reducing additives. The data collected from these tests can eliminate trial-and-error testing when sourcing polymers for single-use medical devices. Read more

Poly lactic acid (PLA) and poly glycolic acid (PGA) are the most common go-to materials for the fabrication of resorbable implants. They have drawbacks, however: PLA and PGA may cause inflammation and, because they are stiff materials, they do not conform well to the elastic nature of tissue. Regenerez technology based on poly glycerol sebacate (PGS) from Secant Medical (Perkasie, PA) offers an alternative. Read more

A rigid PVC developed by Teknor Apex (Pawtucket, RI) can replace polycarbonate (PC) in clear medical components such as connectors and check valves, according to the company. The material achieves strength and clarity comparable to PC while reducing or eliminating the stress cracking that often occurs in PC at the interface with flexible PVC tubing and other components. Teknor Apex introduced the material at MD&M West in February 2015. Read more

Researchers at the Wyss Institute for Biologically Inspired Engineering (Boston) announced in February 2015 that they had developed polymers that store considerable amounts of lubricating liquids within their molecular structure and release them over time to render the material continuously slippery and repellant to bacteria. They conducted an experiment using a solid silicone polymer that is typically used in medical tubing infused with a silicone oil.

"The solid silicone tubing is saturated with silicone oil, soaking it up into all of the tiny spaces in its molecular structure, so that the two materials really become integrated into one," says researcher Caitlin Howell. In addition to imparting a non-welcoming surface to bacteria, the saturation process produces a liquid-infused polymer that is sufficiently robust to withstand conventional sterilization methods. Read more

Although sensors seem to get all the attention in wearable medical device technology, materials also play an important role, since consumers probably won't wear something that irritates their skin or is just plain uncomfortable. Earlier this year, Bayer MaterialScience (Leverkusen, Germany), now known as Covestro, introduced a polycarbonate blend that satisfies the unique requirements of wearable vital signs monitors, drug-delivery devices and related products. Read more

Researchers in the United Kingdom have created the world's first polymer patch that delivers ibuprofen directly through the skin. Scientists at the University of Warwick (Coventry, UK), working collaboratively with Coventry-based spinout company Medherant, have found a way to integrate significant amounts of ibuprofen into a polymer matrix that adheres to the skin and releases the drug at a consistent rate for as long as 12 hours. Incorporating polymer technology developed by global adhesives company Bostik (Milwaukee, WI) that is exclusively licensed to Medherant for transdermal use, the patch technology has the potential to be used with a range of pain-relief products to treat conditions such as chronic back pain and arthritis. Read more

How shape-memory polymers may advance treatment of neurodegenerative diseases

Flexible displays, electronics and even batteries are currently being tested and will be part of our daily lives in a matter of years. The technology also holds tremendous promise for medical research and could contribute to treatment of Alzheimer's disease and a host of other conditions, says Walter E. Voit, PhD, an assistant professor specialized in materials science and engineering and mechanical engineering at the University of Texas, Dallas.

To prevent the spread of hospital-acquired infections, medical establishments are using harsher chemicals to disinfect devices and increasing the frequency of wipe downs. This can cause cracking and catastrophic breaks, especially with molded-in plastic parts. RTP Co. (Winona, MN) has developed RTP 2000 HC series thermoplastic compounds that maintain strength, functionality and integrity, even when repeatedly exposed to harsh disinfectants, says the company. The proprietary alloy is suited for molding an array of hospital equipment and plastic housings that require frequent disinfection, such as mobile ultrasound and x-ray machines, enteral feeding devices, drug infusion pumps and blood filtration equipment. Read more