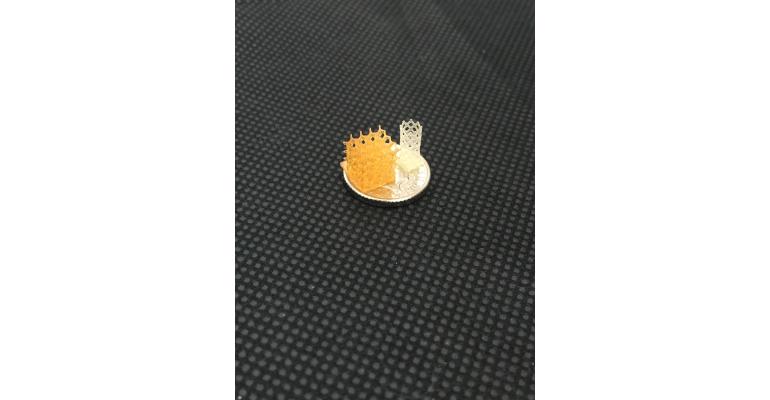 4D Biomaterials’ 3D-printed implants are intended to break down after use.

A newly developed 3D-printable tissue scaffold is designed to break down in the body once it has served its medical purpose. The 4Degra biodegradable and customizable biomaterial could provide support for healing across tissue types, including soft tissue post-surgery or for support in orthopedics, and it could eliminate the potential complications with long-term devices or removal.

“There are currently no biocompatible materials available that are also degradable by gradual surface erosion and able to be 3D printed into finely detailed tissue scaffold structures that are optimal from a tissue healing perspective,” said Philip Smith, CEO of 4D Biomaterials. “The combination of these advantages opens up innovation opportunities across a range of soft tissue repair and orthopedic indications.”

The honeycomb-shaped scaffold allows tissue to regenerate between its open cells while also biodegrading at a rate appropriate for its use, leaving only regrown tissue at the implantation site. While the exact formulation remains a trade secret, Smith shared that the scaffolds are established from “novel polycarbonate urethane chemistry, which is inherently biodegradable via hydrolysis of the polycarbonate molecules.” In short, the body’s own water breaks down the scaffold.

4Degra is under development for a range of uses that could improve patient outcomes, including tissue regrowth after lumpectomy for breast cancer patients to improve aesthetics and eliminate the need for follow-up plastic surgery. The new solution could help patients avoid risks associated with permanent implants or secondary procedures to remove them, such as stents. At the same time, the scaffold could also be used in repair of complex long bone fractures, said Smith, as a method to promote bone growth.

In a recent publication in the journal, Nature Communications, the 4Degra biomaterial was described to support tissue though “shape memory,” or maintaining a structure while also fostering growth of tissue around the scaffold. The gaps in the scaffold prompted the surrounding tissue to fill in the gaps while remaining elastic and even revascularizing. The research was helmed by Andrew Dove, professor at the University of Birmingham and Warwick University, which developed the resins used in 4Degra as part of spinouts University of Birmingham Enterprise and Warwick Innovations.

In addition to its diverse potential uses, 4Degra’s creation through 3D printing could provide another benefit: customization for flexibility and duration. “By tuning the mechanical properties of the materials, we can produce very soft, flexible scaffold structures for use in soft tissue repair indications or very strong and stiff scaffold structures for use in orthopedic indications,” said Smith.

Modifying the makeup of each scaffold can also impact the timeframe by which it will break down, based on what is required medically, Smith explained. The scaffold will be completely degraded in 1 to 2 years through surface erosion, said Smith, adding, “The degradation timescales can be tuned by varying the thickness of the scaffold struts or changing the formulation of the resin. In contrast, existing degradable polyester-based materials erode by bulk erosion so there is much less control over the timescale or timing of bi-product release, which can lead to medical complications arising from high concentrations of lactic acid or glycolic acid.” 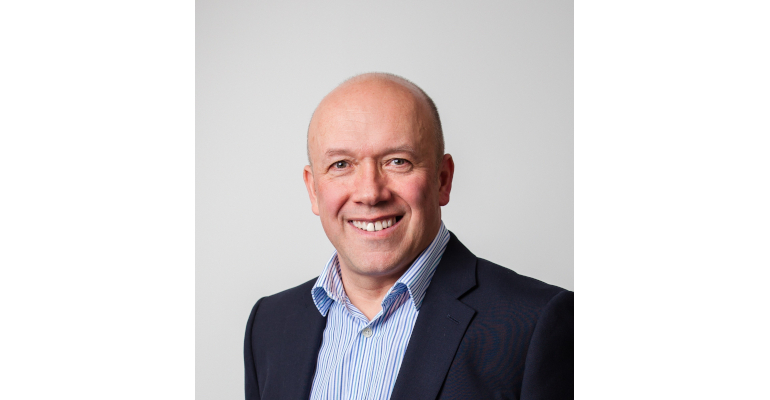 Biodegradable implants that maintain structure during uses are preferred to the alternatives, suggested Smith. “In cases where an implanted medical device has a temporary function, it is generally preferable for it to degrade away after it has done its job. Permanent implants have been linked with a range of undesirable complications, including chronic inflammation and pain,” said Smith, referring to surgical mesh products and cancer radiotherapy markers. “[Implanted medical devices] often have to be removed in follow-up procedures, some months or years after implantation, causing further disruption and risk to the patient and workload and cost for the health service.”

4D Biomaterials recently closed a £1.6m funding round led by DSW Ventures. The investment also was supported by Mercia’s MEIF Proof of Concept and Early Stage Fund, and other investors. The funding will be used to further develop an array of scaffold products and will be completed in cooperation with 3D printers and medical device companies, said Smith. The resins used in 4Degra will also be evaluated in clinical trials and be readied for GMP production.