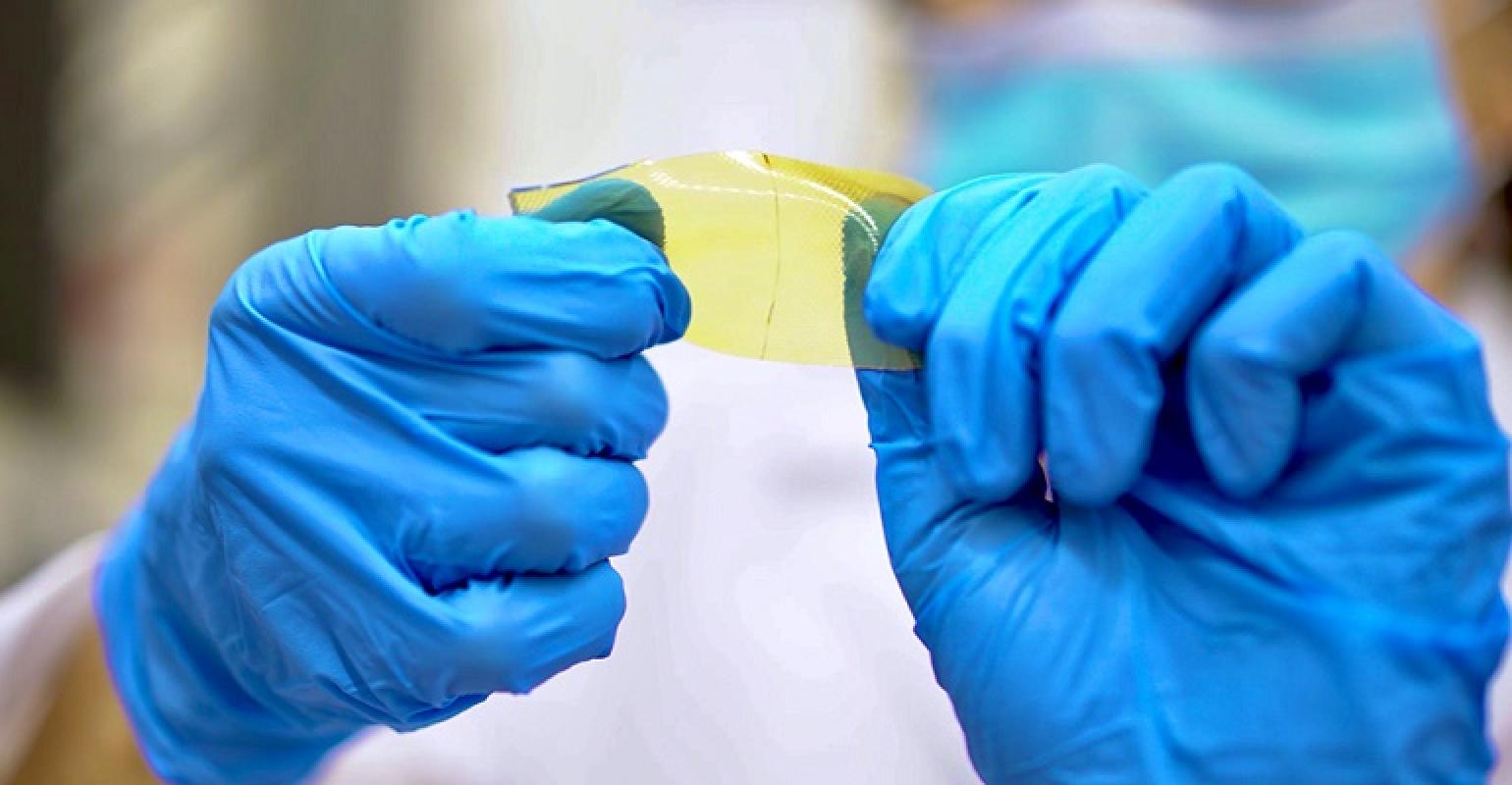 Researchers have developed a new family of polymers that can self-heal, have shape memory, and are recyclable.
The 3D-printable materials are recyclable and come in a range of textures, from extremely soft to rigid.

Researchers have developed a new family of self-healing polymers they believe can help in the production of more realistic, human-like prosthetics.

A team at Texas A&M University, working with the U.S. Army Combat Capabilities Development Command Army Research Laboratory, tweaked the chemistry of a single polymer to develop the new materials, which are 3D printable, self-healing, and recyclable.

The materials also come in a range of textures, from extremely soft to rigid, as well as naturally adhere to each other in air or even underwater.

This combination of features is what makes the new polymer family well-suited for a variety of applications, such as developing more realistic prosthetics and soft robotics that not only have more flexibility but also can self-heal, said Svetlana Sukhishvili, a professor in the Department of Materials Science and Engineering.

They also have the potential for military applications, which is one of the reasons the Army collaborated on the research. Some uses the Army is eyeing for the materials are agile platforms for air vehicles as well as more futuristic designs, such as aircraft wings that can self-heal.

Much of the research into elastic polymers deals with the crosslinks of the repeating molecular motifs found in the material, which are like beads in a chain. These chains are crosslinked, which is what gives these types of polymers their elasticity. Crosslinks also can make elastomers more rigid if scientists increase the number of crosslinks in the material.

Previous research to manipulate the density of crosslinks in elastomers has made them stiffer, a mechanical change that was generally permanent, Sukhishvili observed.

“Crosslinks are like stitches in a piece of cloth, the more stitches you have, the stiffer the material gets and vice versa,” she said in a press statement. “But instead of having these ‘stitches’ be permanent, we wanted to achieve dynamic and reversible crosslinking so that we can create materials that are recyclable.”

To achieve their goal, researchers turned their attention to the molecules involved in the crosslinking, first focusing on a parent polymer, called prepolymer. Then chemically prepolymer chains with two types of small crosslinking molecules—furan and maleimide.

The team found that by increasing the number of these molecules in the prepolymer, the materials would stiffen; the hardest material they created with this tweak was 1,000 times stronger than the softest, researchers said.

The result of these reactions that if the material is torn in any way at ambient temperature, the furan, and maleimide in the polymer automatically re-click, healing the material within a few seconds.

“Right now, we can easily achieve around 80% self-healing at room temperature, but we would like to reach 100%,” Frank Gardea, a research engineer in the United States Army Research Laboratory, said in a press statement.

Another observation made by the researchers was that the temperatures at which the crosslinkers dissociate or unclick from the prepolymer chains are relatively the same for different stiffness levels — a useful property for 3D printing with them, he said. That’s because the materials can be melted at the same temperature and then used as printing ink regardless of whether they are soft or hard, Gardea said.

“By modifying the hardware and processing parameters in a standard 3D printer, we were able to use our materials to print complex 3D objects layer by layer,” he said in a press statement. “The unique advantage of our materials is that the layers that make up the 3D part can be of vastly different stiffness.”

Researchers published a paper on their work in the journal Advanced Functional Materials.

The team plans to continue its work on the materials to make them responsive to stimuli other than temperature, such as light, as well as to take them to the 4D realm, Gardea said.

“Further down the road, we’d like to explore introducing some low-level intelligence so that these materials know to autonomously adapt without needing a user to initiate the process,” he said in a press statement.

This indeed seems possible, as the materials showed an ability to be reprogrammed—or transformed into a different shape using heat once they are already set—during experiments, Gardea added.

This article was originally published in sister brand DesignNews.