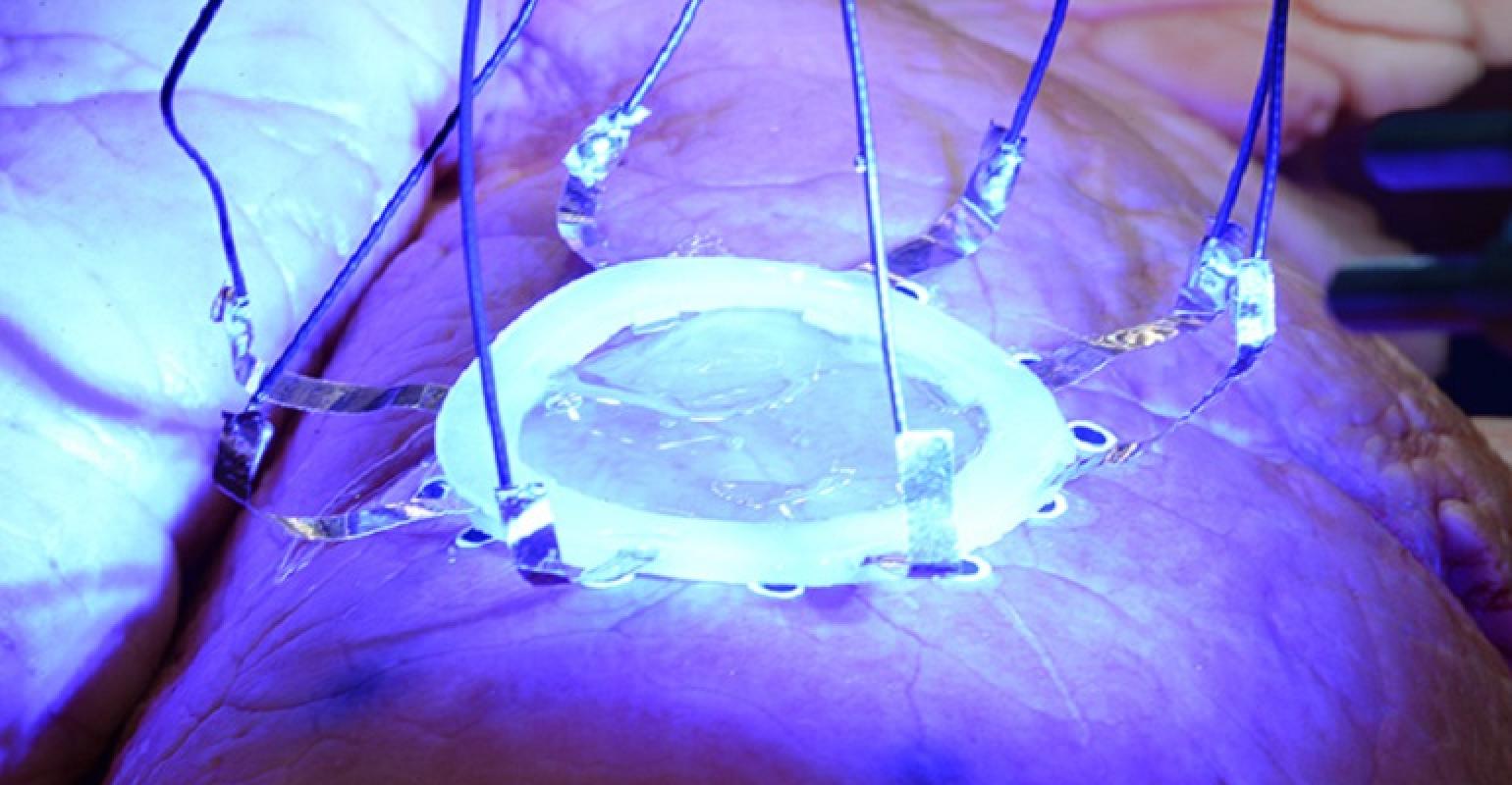 A team of scientists at the University of Minnesota has developed a new 3D-printing technique that can 3D print electronic sensors directly onto human organs as they are expanding and contracting.
The breakthrough 3D-printing technique has implications for COVID-19 and paves the way for autonomous robotic surgeries.

Researchers have been using 3D printing in medical applications for some time, but most of the time it’s been used to create devices like prosthetics for use outside the body.

Now, a team of scientists at the University of Minnesota has developed a new 3D-printing technique that can 3D print electronic sensors directly onto human organs as they are expanding and contracting.

The breakthrough new process — which uses motion-capture technology similar to what’s used in the filming of Hollywood motion pictures — is especially relevant during these times of COVID-19, said Michael McAlpine, a University of Minnesota mechanical engineering professor and senior researcher on the study.

It not only potentially can help diagnose and monitor the lungs of patients with the disease, but also can minimize physical contact between doctor and patient to create safer healthcare scenarios in the future, he told Design News.

“The ability to autonomously print these devices without human-to-human contact can minimize exposure to healthcare providers,” McAlpine told us.

The new research builds on a 3D-printing technique McAlpine and fellow researchers developed two years ago allowing for the printing of electronics directly on the skin of a hand as it moved left to right or rotated.

The basic elements of the new technique are a balloon-like surface and a specialized 3D printer. They used motion-capture tracking markers to help the 3D printer adapt its printing path to the expansion and contraction movements on the surface.

After this was optimized, researchers tested their printer on an animal lung in the lab that was artificially inflated. The results were the successful printing of a soft hydrogel-based sensor directly on the surface of the organ.

The new technique could even one day potentially be used in the future to 3D print sensors on a pumping heart, as well as on other locations inside or outside the body, McAlpine said.

“This paves the way for other types of sensors to be directly printed on the body for measuring temperature, sweat, fluids, blood oxygen levels, etc, in a multifactorial system,” he told Design News.

Researchers published a paper on their work in the journal Science Advances.

Looking ahead, researchers see a link to their researchers and the use of surgical robots on the way to “all-in-one autonomous, or human-assisted, medical procedures,” McAlpine told us.

“In the future, 3D printing will not be just about printing but instead be part of a larger autonomous robotic system,” he said. “This could be important for diseases like COVID-19 where healthcare providers are at risk when treating patients.”