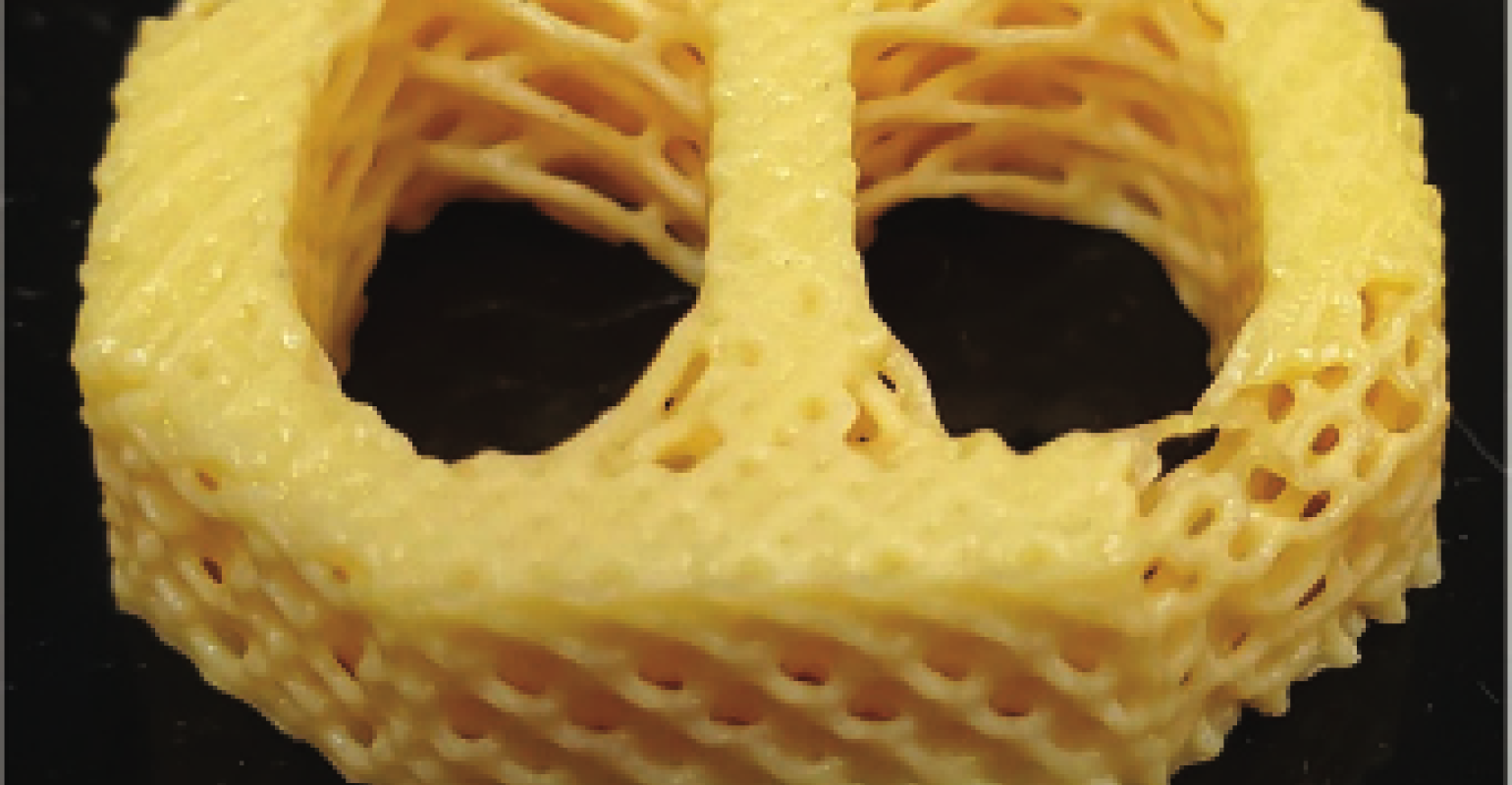 Researchers used liquid crystal elastomers to create printable material that could be used as cartilage or for other applications.

Researchers are currently able to print a range of biological tissues, but it has been challenging to create synthetic replacements that truly match the properties and behaviors of real human tissue.

Now a team at University of Colorado (CU) Denver has made a breakthrough in this endeavor using materials called liquid crystal elastomers (LCEs) to create devices that mimic cartilage and other biological tissues.

The research, led by CU Denver mechanical engineering professor Chris Yakacki, was an extension of work with LCEs that the team—including researchers from Southern University of Science and Technology in China—had already done.

In fact, researchers didn’t set out with the idea to create biological materials, Yakacki told Design News. “We didn’t have the mindset to print cartilage initially,” he said.

However, the more the team studied LCEs, “the more we realized how similar its behavior was to natural tissues, such as cartilage or the intervertebral discs,” Yakacki told us.

DLP plays a key role in achieving the results of the research, Nick Traugutt, a CU Denver PhD student and one of the researchers on the project, told Design News.

“With this technique, we achieved incredible, high-resolution lattice structures that could not manufactured any other way,” he told us. “This was significant because between the chemistry of our LCE and the lattice structures we can DLP print, we have numerous different ways to precisely tune across length scales the viscoelasticity and mechanical properties of our devices.”

Indeed, while LCEs—which incorporate liquid crystal molecules into the polymer chains of a soft rubbery material—are incredibly useful materials, they are notoriously difficult to synthesize and manipulate. Until now, most researchers could create either large objects with minimal detail or high detail in practically microscopic structures.

This is why DLP played a particularly key role in the results of the researchers’ work. The team developed a honey-like LC resin that cures when hit with ultraviolet light. This forms new bonds in a succession of thin photopolymer layers.

The result of the cured material is  a soft, strong, and compliant elastomer that can be printed in lattice structures—levels of patterning akin to a honeycomb—that begin to mimic the behavior of cartilage, Traugutt told us.

“Creating soft materials that absorb energy and are rate dependent has been a longstanding challenge,” he told Design News. “Nature has done a great job within our bodies, but as materials scientists we often like to be inspired by nature.”

Researchers published a report in its findings in the journal Advanced Materials.

The group printed several structures from the material, including a tiny, detailed lotus flower and a prototype of a spinal fusion cage. These experiments demonstrated that the combination of the resin and printing process also led to 12 times greater rate-dependence and up to 27 times greater strain–energy dissipation compared to those printed from a commercially available photocurable elastomer resin, researchers found.

Researchers plan to continue their work to explore how they can develop orthopedic devices made from LCEs, Traugutt told Design News.

“If we can mimic tissue behavior, we want to then try to replace damaged tissues as a result of injury or aging,” he said.

Other applications for the work include the design of helmets that can soften the blow of impact and help avoid concussions in contact sports, Traugutt added.

“Overall, we’re looking at how these energy absorbing materials can be used to improve human health both inside and outside of the body,” he told us.