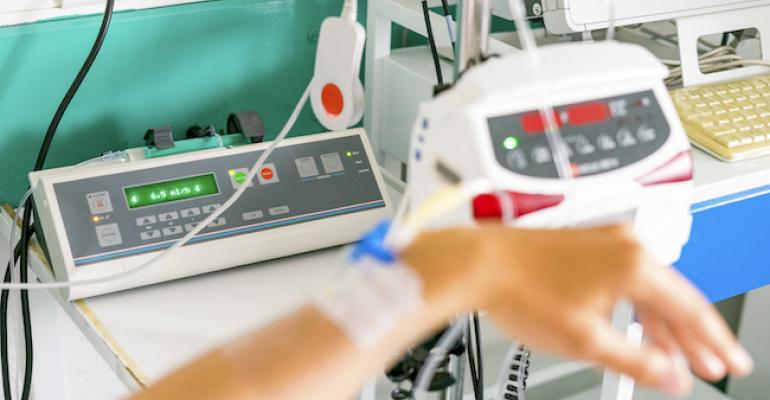 The Vinyl Institute (Washington, DC) pushes back against activist organization Health Care Without Harm (Reston, VA), which has called for the replacement of PVC and DEHP plasticizer in medical products with “safer alternatives.”

The Vinyl Institute (Washington, DC) is pushing back against activist organization Health Care Without Harm (HCWH; Reston, VA), which has called for the elimination of PVC and DEHP plasticizer from medical products and their replacement with “safer alternatives.” Their removal from medical settings would leave patients at significant risk, the association representing the vinyl industry supply chain told Chemical Watch.

The Vinyl Institute’s statement was in response to a position paper published by HCWH on Jan. 29, 2020. “PVC requires highly toxic inputs during manufacture, and, in some cases, toxic additives to achieve key performance characteristics,” writes HCWH. “DEHP is the phthalate most commonly used in medical products. Some medical products, such as IV bags and tubing, can contain up to 40% DEHP by weight. DEHP is a reproductive and developmental toxicant that can leach out of medical products, threatening some patients exposed to the chemical,” claims HCWH.

HCWH member organization Practice Greenhealth, a healthcare network that has signed up more than one in three U.S. hospitals, according to Chemical Watch, has made PVC and DEHP replacement a top priority. HCWH claims that 168 hospitals across the country reported purchasing at least one DEHP- and PVC-free product line in 2017 thanks to its advocacy through the Safer Chemicals program.

However, the phase out of PVC-based medical products could result in “serious human health consequences,” the Vinyl Institute told Chemical Watch. "PVC is used in dozens of applications and thousands of individual medical products because it is durable, easy to clean and can withstand strong disinfectants better than other materials," said Ned Monroe, President and CEO of the association. In fact, 40% of all plastic-based medical devices are made from PVC, according to the PVC Med Alliance (Brussels).

Writing in PlasticsToday recently, Ole Grøndahl Hansen, Project Manager at the PVC Med Alliance, wondered if it makes any sense even to develop and market “PVC-free” alternatives. According to a recent report on PVC by the Danish environmental protection agency, “the alternative plastics often are more expensive than PVC and, maybe more importantly, their environmental advantages lack documentation,” said Hansen.

Besides being safe and affordable, PVC is actually the polymer that is best suited for recycling, keeping its technical properties through numerous recycling cycles, said Hansen in the article. “Also, many of the devices are used on patients for a few seconds and then thrown away. These advantages have led to the setup of medical device recycling systems in the healthcare sector in several countries.”

HCWH claims that PVC production is problematic because of the toxicity of chlorine production as well as the monomers used to make the polymer, and the release of hazardous compounds during its manufacture and disposal. The organization also notes that the plasticizer DEHP is listed as a reproductive toxicant under California’s Proposition 65, and is one of the next 20 substances prioritized for risk evaluation under the U.S. Toxic Substances Control Act. Concerns have been raised that this phthalate can leach from medical devices, interfering with testosterone production and male reproductive tract development, writes HCWH in a report that can be downloaded from its website, “Polyvinyl chloride in heath care: A rationale for choosing alternatives.”