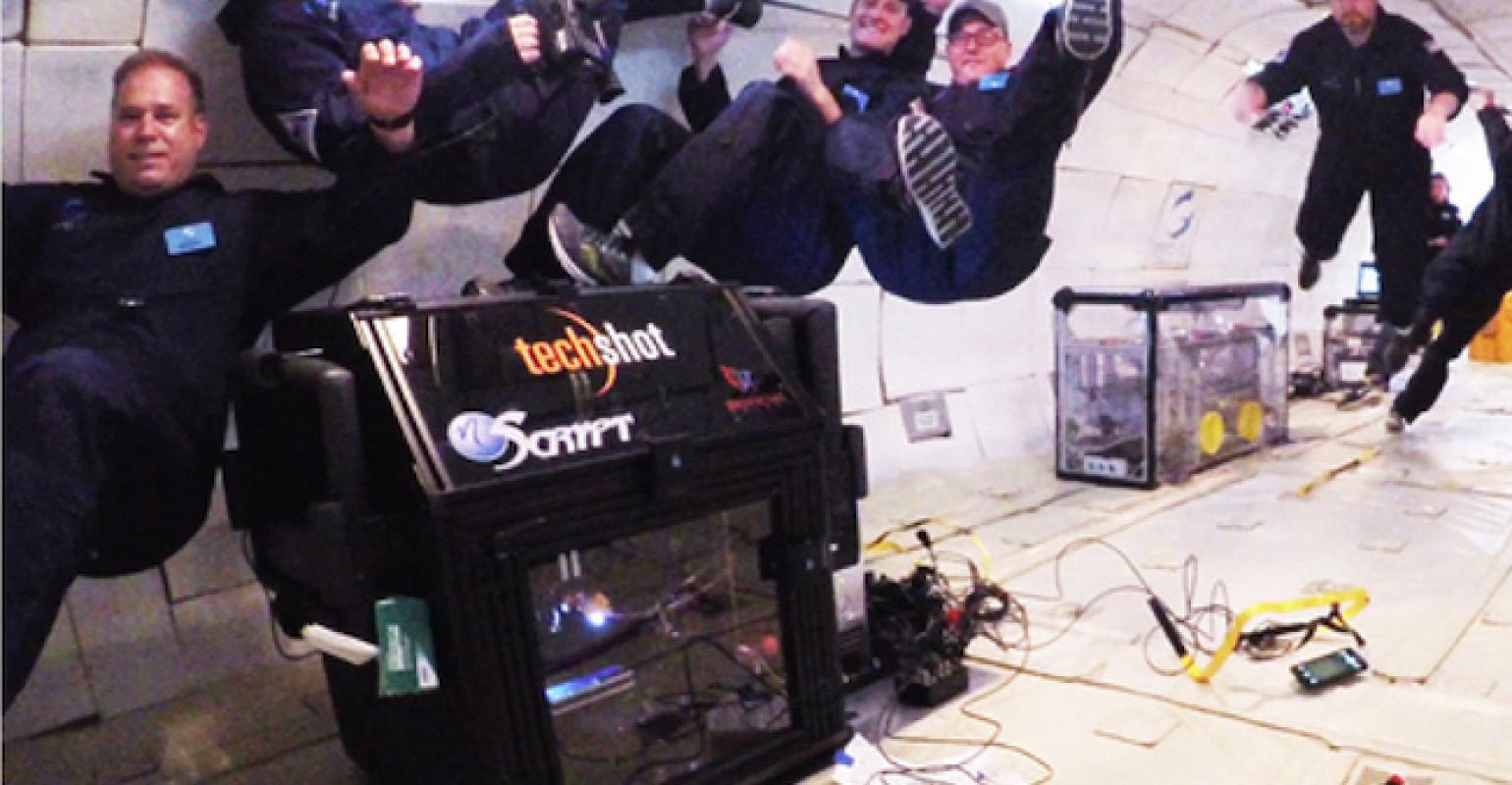 Techshot Inc., a company headquartered in Greenville, IN, that develops technologies for the aerospace, defense and medical industries, has teamed up with 3D-bioprinting firm nScrypt (Orlando, FL) to create the first 3D printer capable of producing human tissue under microgravity conditions.

Techshot Inc., a company headquartered in Greenville, IN, that develops technologies for the aerospace, defense and medical industries, has teamed up with industrial 3D-bioprinting firm nScrypt (Orlando, FL) to create the first 3D printer capable of producing human tissue under microgravity conditions. The 3D BioFabrication Facility (BFF) formulates bio-ink using adult human cells and tissue-derived proteins to create viable tissue. (Bio-ink startup Bioficial Organs also was consulted on the project.) The BFF will be delivered to the International Space Station via the SpaceX CRS-18 cargo mission in July.

The launch is a significant milestone in the quest to 3D print hearts and other organs, which is a decade or more away, said Techshot in a news release. The company describes the near-term process as follows: The initial phase for BFF, which could last about two years, will involve creating test prints of cardiac-like tissue of increasing thickness. The next phase, where heart patches are manufactured in space and evaluated on the ground (under a microscope and, perhaps, in small animals such as rats) could last through approximately 2024. Ultimately, the long-term success of BFF could lead to reducing the current shortage of donor organs and eliminate the requirement that someone must first die in order for another person to receive a new heart, other organ or tissue, said Techshot.

The research is being done in outer space rather than here on Earth because of the virtues of microgravity as a manufacturing environment. Though researchers have had some success with 3D printing bones and cartilage on Earth, the manufacturing of soft human tissue (such as blood vessels and muscle) has been difficult, notes Techshot. When attempting to print with soft, easily flowing biomaterials, tissues collapse under their own weight, resulting in little more than a puddle. If these same materials are produced in the microgravity environment of space, the 3D-printed structures will maintain their shapes, according to Techshot. The structures will be placed in a cell-culturing system that strengthens them over time, to the point where they become viable, self-supporting tissues that will remain solid once back in Earth's gravity.

Techshot President and CEO John Vellinger said the July launch of BFF is the culmination of more than four years of research and planning. "From the technological and biological perspectives, making it real has been a painstaking process of experiments and testing. To see this coming together is an amazing thing for the team, as well as for all of medical science," said Vellinger.

For nScrypt CEO Ken Church, PhD, BFF's long-term potential is very personal. Twenty-four years ago Church's daughter was born with one lung. She survived and today lives an active and full life despite her missing lung. But Church remembers thinking aloud: "I wish we could just make her another lung."

Today, the prospect of making a lung is not so farfetched. "Assembling a human lung or other organ is still years away, but it is no longer science fiction,” Church said. "BFF is the roadmap for getting there. And this BFF team knows how to follow that map. I have no doubt someday BFF will provide someone like my daughter with a second lung."

The long-term success of BFF as a human organ manufacturing system presents several potential medical breakthroughs, according to Techshot. They include: