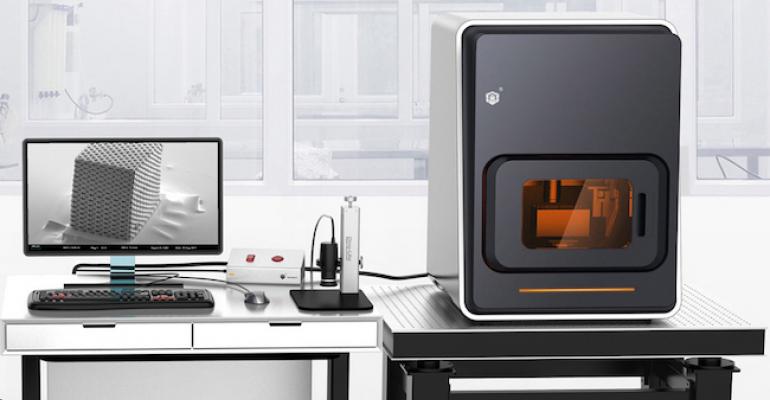 The microArch system delivers precise prints at a scale more than 100 times smaller than a human hair with a variety of different resins.

MicroArch technology allows users to print ultra-high-resolution parts with greater accuracy and precision at scale, said the company. It was successfully launched during the past 18 months in Asia and over 40 systems have been installed for multiple customers across a range of industries.

“When it comes to additive manufacturing, the next frontier of innovation isn’t big, it’s high-precision, small parts,” said John Kawola, founder and CEO at Boston-based BMF. “We’re seeing a convergence of major trends as the lines between additive manufacturing and miniaturization begin to dissolve. There’s no question that additive manufacturing starts to lose its appeal as parts get smaller. Challenges with precision and accuracy have stymied innovation for engineers and manufacturers looking to develop small, high-resolution parts. That’s all about to change with the introduction of microArch,” said Kawola.

MicroArch uses a proprietary approach to 3D printing named Projection Micro-Stereolithography (PµSL) that leverages light to produce high-resolution prints. Unlike injection molding and CNC machining, microArch can deliver accurate and precise prints at a scale more than 100 times smaller than a human hair and it supports a variety of different materials including tough, elastic, casting and high-temperature resins. This versatility offers engineers and designers, particularly in the medical and electronics industries, the flexibility to experiment with rapid prototyping while leaving the door open for economical mass production, BMF explains.

BMF co-founder Dr. Nick Fang, a professor at MIT, commented: “Curiosity was one of the primary drivers of this discovery. After realizing that we could print using light, we started to imagine the broader technology and business implications — envisioning how we might break down the barriers that previously prevented manufacturers from taking advantage of 3D printing for the production of micro-scale parts. At that moment we created the business to explore the possibilities, and I am incredibly excited to see what our customers will accomplish using the microArch.”

Out of the box, microArch technology can print to a resolution of 2 µm at tolerances between ±10 and ±25 µm and at volumes that are cost competitive with injection molding, said the company.

“As devices and parts get smaller, the need for accuracy and precision grows even more important and, until now, more difficult to achieve,” added Kawola. “Prior to microArch, there were a number of economical and technological limitations that made it near impossible for manufacturers to capitalize on the benefits of 3D printing for small parts. We’re eliminating those limitations with a new approach that we expect to have a big impact.”