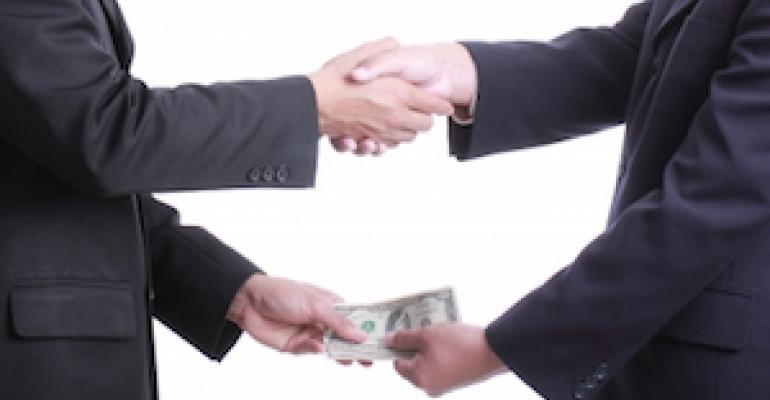 The Gambino family . . . Hell's Angels . . . pedophile priests . . . and Boston Scientific. What do they have in common? They have all been sued under the Racketeering and Corrupt Organizations Act (RICO). Boston Scientific (Marlborough, MA) achieved that dubious distinction on Tuesday, when Houston-based Mostyn Law accused the multinational medical device manufacturer of engaging in an international conspiracy to sell defective vaginal surgical mesh made of counterfeit supplies smuggled out of China.

The class-action lawsuit alleges that Boston Scientific bought "unverified substandard material from a known counterfeiter in China" to produce the mesh when Chevron Phillips Chemical Co. stopped selling its polyproplene resin, branded as Marlex, for surgical mesh in 2005. "The company took extraordinary measures to avoid being caught by U.S. and Chinese authorities, at times acting like a drug dealer to hide multiple overseas shipments," the suit says. Mostyn Law filed the suit late Tuesday on behalf of a West Virginia woman with mesh-related health problems.

Boston Scientific concocted a scheme in 2011 and 2012 to smuggle from China 34,000 pounds of the material, without verifying or fully testing all the contents, the suit says. The material came from EMAI Plastic Raw Materials Inc., based in Guanghzou, China, that the suit claims is a "known counterfeiter of plastic products." The filing goes on to say that EMAI claimed to have Marlex resins in storage from Chevron Phillips Chemical but provided no documentation to Boston Scientific proving the origin of the resin.

Mostyn Law accuses the medical device firm of having discussed bribing Chinese officials and devising a plan to smuggle the resin out of China. In particular, lawyers allege that it divided the bulk product into several hundred bags and orchestrated three different shipments to lessen the likelihood of an inspection by customs agents.

"Boston Scientific knowingly sold a product that put women's health and their lives at risk," said Amber Mostyn in a news release. "It conspired with questionable suppliers in China to get material that it couldn't get in the United States and went to great lengths to hide it," she added.

Polypropylene-based transvaginal surgical mesh is used to treat pelvic organ prolapse, a common condition in which weakened pelvic floor muscles cause the bladder, bowels or uterus to descend into the vagina. This can result in pelvic pain, problems with intercourse and urinary issues. Shortly after the mesh was cleared by FDA in 2002, however, the agency began to receive adverse event reports, as patients who had undergone the procedure complained about pelvic pain, infections and sundry other ailments. Since then, FDA has issued warnings, and on January 4, 2016, reclassified the device from a moderate-risk Class II device to a high-risk Class III product.

Thousands of lawsuits have been filed over the years, causing one manufacturer, Johnson & Johnson's Ethicon, to discontinue its line of vaginal mesh implants in 2012. Boston Scientific is one of a handful of companies that continues to supply the billion-dollar market. But those days may be numbered.

The reclassification by FDA requires manufacturers to submit a premarket approval showing the product's safety and effectiveness if they want to continue manufacturing the mesh. The move by FDA and the thousands of lawsuits that have been filed over the years could have the product off the market by 2019, writes the Daily Beast.

It has been the most harrowing start to a new year for the medical device industry in recent memory. In addition to storied medical device firm Boston Scientific being accused of racketeering, earlier this week the U.S. Senate released a report indicating that the outbreaks of antibiotic-resistant infections linked to dirty medical scopes were more far-reaching than originally thought, and could have been prevented with more robust regulatory oversight.