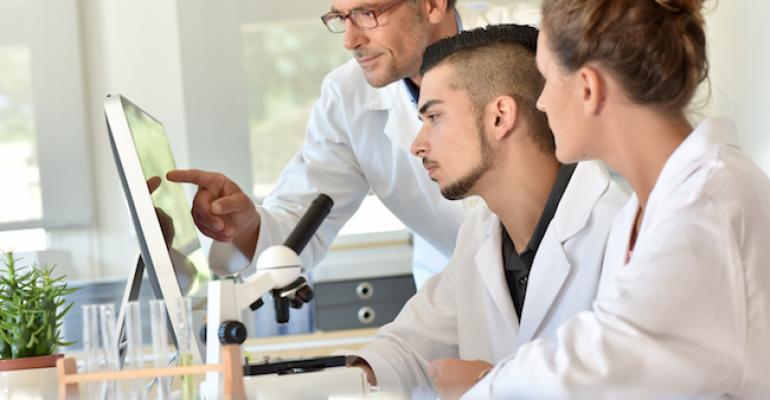 A new study links bisphenol S and bisphenol F, commonly used to replace bisphenol A (BPA) in food and beverage packaging, to a potential increase in childhood obesity.

A new study links bisphenol S (BPS) and bisphenol F (BPF) to a potential increase in childhood obesity. Analyzing data from the U.S. National Health and Nutrition Examination Survey, researchers from the NYU School of Medicine discovered that children ages 6 to 19 with higher levels of BPS and BPF in their urine were more likely to be obese than those with lower levels.

The study, "Urinary bisphenols and obesity prevalence among US children and adolescents," was published in the Journal of the Endocrine Society on July 25.

BPS and BPF typically replace bisphenol A (BPA), which has been called an “endocrine disruptor” and linked with health risks in some studies. BPA is found in polycarbonate used to produce water bottles and food and beverage containers as well as other consumer goods. Epoxy resins, which also contain BPA, are used to coat metal containers.

BPA has been banned in baby bottles in the United States and Europe for several years out of concern that it may have health effects on developing minds and bodies. Although BPA has been deemed safe “for currently approved uses in food containers and packaging” by FDA, consumer goods companies bowed to public concern (and sought a marketing advantage) by replacing BPA with other bisphenol chemicals and touting "BPA-free" on packaging. Soon after, however, scientists began warning that the alternative chemicals may create problems of their own.

In an article from February 2016, PlasticsToday reported on a study led by researchers at the University of California Los Angeles, which found that “BPS speeds up embryonic development and disrupts the reproductive system in zebrafish.” Exposure to low levels of BPA had a significant impact on the embryos' development of brain cells that control reproduction and the genes that control reproduction later in life, said reproductive endocrinologist Nancy Wayne, senior author of the study. "We saw many of these same effects with BPS found in BPA-free products. BPS is not harmless,” she said.

Commenting on the most recent research linking childhood obesity to BPS and BPF, study author Melanie Jacobson, PhD, MPH, of NYU School of Medicine, told Healthline that the results did not surprise her. “BPF and BPS have almost the same chemical structure as BPA, so we might expect that they could act similarly in the body.”

Bisphenols are found not just in plastics and aluminum can linings but also in thermal paper receipts from supermarkets and other stores. A separate recent study focusing on this application found that BPS is absorbed less easily through the skin than BPA. Once absorbed, however, BPS is not metabolized as readily as BPA, the researchers added.

Echoing the comments from Jacobson, researchers Jiaying Liu from Peking University in Beijing and Jonathan Martin from Stockholm University in Sweden noted that BPS has a similar molecular size and structure to BPA and "seems to offer no advantages with respect to endocrine-disrupting activities,” reported ChemicalWatch on July 4, 2019.

The research was limited to a small number of human volunteers handling cash register receipts.

Switzerland became the first European country to ban BPA and BPS from use in thermal paper in May 2019, reports ChemicalWatch, and Belgium is currently evaluating BPS for suspected endocrine-disrupting properties.

So, how did we get here?

As recounted in an article in Packaging Digest, medical doctor David Feldman, a professor at Stanford University, made a discovery in the early 1990s that put BPA on the human health radar. He and his team were conducting research on estrogen activity when they found what appeared to be an estrogenic molecule within the yeast they were growing in plastic flasks. Ultimately, they discovered that the molecule came from material leaching from the plastic itself. Because of its hormone-like properties, they concluded that the chemical was potentially "dangerous to people eating out of containers made of this type of plastic.”

A 2008 report by the U.S. National Toxicology Program (NTP) found "some concern for effects on the brain, behavior, and prostate gland in fetuses, infants, and children at current human exposures to bisphenol A," with that exposure coming from PC baby bottles and infant cups, notes the article in Packaging Digest.

Once baby bottles that were microwaved were found to release BPA into infants' milk, the European Union and Turkey banned the chemical from baby bottles in 2008. Canada also banned BPA in bottles, with Health Canada concluding that the chemical was "'toxic to human health and the environment." FDA banned the use of BPA in baby bottles and sippy cups in 2012.

And the rest is history of a sort, with the caveat that alternative bisphenols that have been used since then may be creating a new set of health issues.