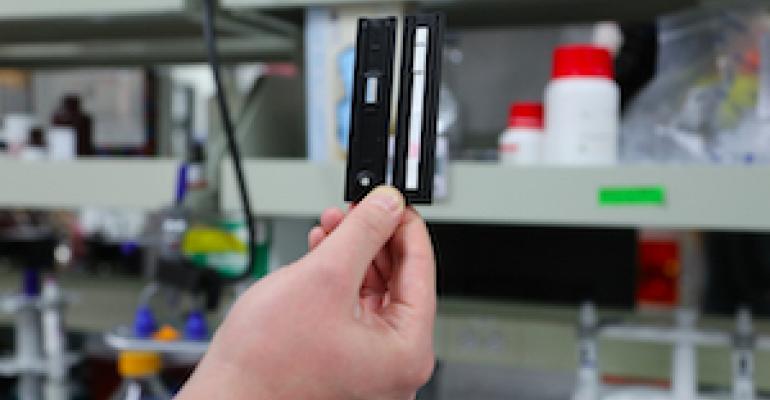 Where you live should not determine whether you live or die, to quote Bono, lead singer of the rock band U2, but, sadly, it often does. I was reminded of Bono’s phrase as I was reading about the contribution that Silicon Valley–based 3D-printing technology company Carbon (Redwood City, CA) made to the development of a low-cost, easy-to-use in vitro diagnostic (IVD) device to test for tuberculosis (TB).

Of the 10 million people that contract TB globally each year, more than 40% go undiagnosed or unreported, the vast majority of whom live in the developing world, according to the World Health Organization. To address this issue in countries with limited healthcare infrastructures, the Global Good Fund (Bellevue, WA) got to work. A collaboration between Intellectual Ventures (IV; Bellevue, WA), a private enterprise involved in the development and licensing of intellectual property, and Bill Gates, the Global Good Fund spearheaded the development of an easy-to-use, affordable early TB diagnostic device. Carbon brought its expertise to the project, which resulted in the manufacture of hundreds of these devices for use in field trials.

Traditional TB tests are slow and expensive, and they require sputum samples, which can be problematic for the elderly, children and HIV patients. The scientists at IV Lab opted for a lateral flow assay test method, the type that is used for in-home pregnancy tests. The design included a lateral flow strip with detection reagents encapsulated inside a plastic cassette.

Prior to this project, IV Lab followed a product development cycle with which PlasticsToday readers will be very familiar: Design and prototyping, mold development, injection molding of the product and field testing. Typically, it would create prototypes using a 3D printing technology, such as fused deposition modeling, followed by short-run injection molding of the final part.

However, prototyping the cassette with existing layer-based technologies proved to be slow, and injection mold iterations are lengthy and expensive—typically, $25,000 per mold, writes Carbon in the news release. As a result, the IV Lab team was able to complete only two to three prototyping iterations, followed by two to three injection mold development iterations, over the course of approximately five months of the product development cycle. Moreover, the team encountered numerous mold failures and mold modification-related delays. Enter Carbon.

Carbon’s proprietary Continuous Liquid Interface Production (CLIP) technology uses finely tuned light and oxygen to continuously grow objects from a pool of resin, rather than creating them layer by layer, as conventional 3D printing does. By carefully balancing the interaction of UV light, which hardens the resin, and oxygen, which inhibits hardening, CLIP technology rapidly transforms 3D models into physical objects.

IV Lab was able to perform product iterations, functional validation and actual manufacturing on the same machines and with the same materials throughout the entire product development cycle. End-product costs were significantly reduced, while the number of product design iterations was increased by two to three times.