COVID-19, China, and the Tangled Web of Globalized Supply Chains 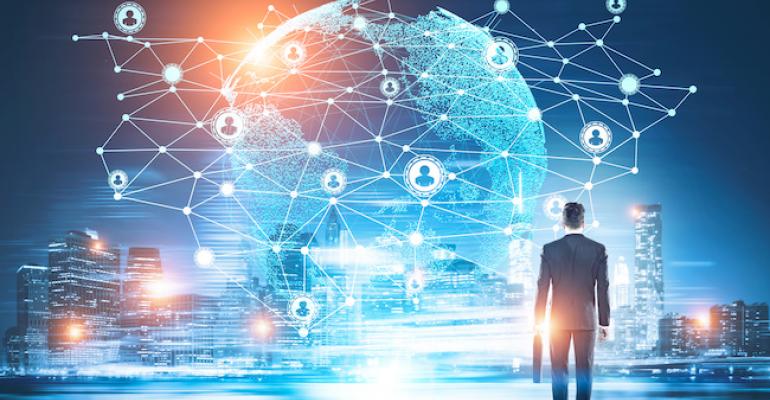 “Never let a serious crisis go to waste,” Rahm Emanuel famously said about the Great Recession while serving in the Obama administration. We are dealing with a different crisis today, but the sentiment is equally relevant, as companies reconsider their supply-chain strategies.

“Never let a serious crisis go to waste,” Rahm Emanuel famously said about the Great Recession when he served as the White House Chief of Staff under President Obama. “And what I mean by that — it’s an opportunity to do things you think you could not do before,” he added. The sentiment is equally relevant today, as companies reconsider their supply-chain strategies in the wake of COVID-19. That conversation is especially pointed among medical device manufacturers.

The severe shortage of personal protective equipment (PPE), ventilators, and other medical devices revealed by the pandemic has led a number of companies to reevaluate their supply chains. Deciding where to invest manufacturing is a complex exercise, Matteo Mancini, Senior Partner at McKinsey in Singapore told Ruth Strachan of Verdict Medical Devices. Several elements need to be taken into account, “from safety and the resilience of the supply chain to overhead costs,” Mancini is quoted as saying in Strachan’s article, “COVID-19 forces a rethink of global supply chains.” If [Covid-19] takes some time to be resolved, some companies will take the opportunity to review the supply chain and make it ‘more local’ where demand is [strong] enough in their local countries,” said Mancini.

That echoes what Sanjiv Bhaskar, Vice President, Global PPE Practice, at Frost & Sullivan said during a recent webinar devoted to COVID-19-related disruption in the PPE industry. One of the lessons learned from this pandemic is that all manufacturers must consider domestic capacity, he said. OEMs will be under “renewed pressure to shore up domestic production and surge capacities . . . and reduce [their] dependence on a few countries.” In other words, China.

When much of China’s manufacturing shut down earlier this year, OEMs with a globalized supply chain had their come-to-Jesus moment. There are no simple alternatives, however. China has a skilled labor force and highly developed infrastructure that is unavailable at scale in most other low-wage countries. Reshoring and near-shoring can be options — and perhaps they will become more consistent ones in the wake of the pandemic — but there is a cost involved that some will find hard to bear.

“If the U.S government provides direct and proper support and incentivizes domestic manufacturers [of PPE], I believe there will be some reshoring of production,” Mark Bonifacio told PlasticsToday. “There will be at least a short-term effort to address reshoring and localization of supply chains. In medtech as in other industries, we have been talking about this for at least the last four years. There is a need to manufacture the right products in the ‘right’ places — Asia for Asia, EU for EU, and North America for North America,” said Bonifacio. When global conditions return to some sense of normalcy, however, “market forces will be back at work in terms of availability, labor, and material costs,” he added.

Bonifacio heads Bonifacio Consulting Services, which works with medical device OEMs and contract manufacturers. He readily concedes that he has ties to a Hong Kong business with operations in China, which may influence his thoughts, and is an investor and board member of several U.S. manufacturing companies.

For Paul Sturgeon, CEO of recruitment firm KLA Industries and author of the weekly Talent Talk column in PlasticsToday, current talk about revisiting our working relationship with China is the continuation of a trend. Companies started looking for alternatives to China a few years ago as the cost advantage began to shrink, said Sturgeon. “Not all of that manufacturing will come back to the United States, but there are other countries in Asia, and I feel like a lot of companies are looking at Mexico again because of the new trade agreement,” said Sturgeon. “I was shocked to learn that 90% of our antibiotics are made in China along with such products as face masks,” he added.

So, what is the way forward? Sturgeon said he would like to see a broader application of something like the Buy American Act, while Bonifacio feels that the flaws revealed by the pandemic should renew a debate on our healthcare system heading into the November election.

“I’m sure it’s not as simple as this," said Sturgeon, “but I would like to see the Buy American Act extended beyond direct government purchases and include items of national security and health so that we have enough available domestic supply if this were to happen again.” For example, said Sturgeon, you could have a second set of injection molds on the shelf. That way, “even if you bought from Vietnam or South Korea, or China, for that matter, the decision would be economic and not because we have no other option.”“I’m a manufacturing guy, not a political commentator,” said Bonifacio, “but I do believe that the November election, which is right around the corner, will have a lot to say about the cracks in our healthcare system that have been exposed during this pandemic. On the pharma side, for a country as wealthy as the United States to rely on foreign entities for so many active pharmaceutical ingredients is really inexcusable,” said Bonifacio. Especially, he added, when “we are spending more than 17% of GDP, or almost $1 for every $5, on healthcare, markedly more than any other country.”

Bonifacio foresees some push back against China and tougher relations in the short term, but hopes that “countries take the longer view that globalization has already happened — the horse has left the barn, so to speak. Countries choosing to isolate rather than collaborate on the world’s toughest challenges ahead will be a missed opportunity for generations to come,” said Bonifacio.

For his part, Sturgeon believes that our relationship with China will continue to evolve, as it has in the three years under the Trump administration. “If China reneges on current agreements, such as buying more agricultural products, this could come to a head quickly. I think we’re holding off simply because China could stop sending us goods that we need. Once we no longer need them, though, I think the gloves will come off,” said Sturgeon.

This global crisis has even led to the unthinkable — New York Mayor Bill de Blasio echoing the sentiments of President Trump, as noted by the New York Daily News. “I don’t understand why, for the life of me, our country was not prepared for this and we don’t make the things we need in the United States of America,” said de Blasio, according to the Daily News. “And this is absolutely a negative result of globalization, a real indictment of all the decisions made over the decades to ship manufacturing out of the United States. And it has to be reversed, bluntly.”

The facts on the ground suggest that we may be on our way there already. A recent survey conducted by Thomas reported that 64% of manufacturers polled were “likely to bring manufacturing production and sourcing back to North America.” That was a 10% increase from one year ago, said Thomas, and it is one more indication that, perhaps, this crisis will not go to waste.