DINP Plasticizer Back in EPA’s Crosshairs 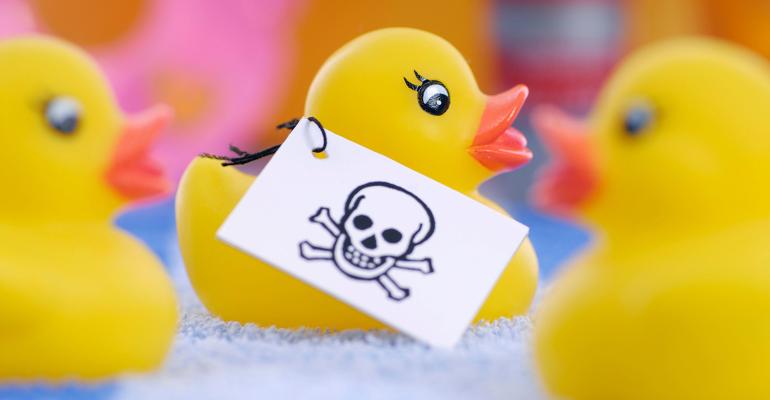 The Environmental Protection Agency (EPA) has revived a proposed rule, which has languished for more than 20 years, to add DINP plasticizer to the toxic chemicals list.

After 20-plus years in limbo, a proposed rule by the Environmental Protection Agency (EPA) to add the plasticizer diisononyl phthalate (DINP) to a list of toxic chemicals is back on the agenda. On August 8, the EPA published in the Federal Register that it has updated its hazard assessment for DINP, which, it says, can cause “cancer and serious or irreversible chronic health effects in humans.” On that basis, the agency proposes to add DINP to the toxic chemical list under the Emergency Planning and Community Right-to-Know Act (EPCRA) and is now requesting comments.

A widely used phthalate in the plastics industry, DINP has been the subject of numerous health-related studies for many years. The EPA notes that studies have found that chronic dietary exposure to DINP induces liver and kidney tumors and leads to an elevated incidence of mononuclear cell leukemia (MNCL) in rats. The EPA goes on to note that there is “some scientific uncertainty as to the human significance of the MNCL observed in rats and whether DINP can reasonably be anticipated to cause MNCL in humans.”

The use of phthalates in certain products is already regulated in many parts of the world. The Consumer Product Safety Commission in the United States and EU regulators restrict the amount of phthalates in products that may be placed in the mouth, such as toys and childcare items, to a maximum of 0.1% by weight. DINP, in particular, is on the Proposition 65 list in California, which requires businesses to warn consumers if certain chemicals are present in their products.

If the proposed federal rule is enacted, facilities in certain industry sectors that use more than a set threshold of DINP-category chemicals per year would be required to report that information to the Toxics Release Inventory under EPCRA, writes the National Law Review in its analysis. It would have an undeniable impact on many elements of the plastics industry's supply chain. The EPA claims that “of the 181 to 362 small businesses affected by this action, none are estimated to incur annualized cost impacts of more than 1%. Thus, this action is not expected to have a significant adverse economic impact on a substantial number of small entities.”

The rule was first proposed in 2000 in response to a petition from the Washington Toxics Coalition (now called Toxic-Free Future). Comments received at the time led EPA to revise its hazard assessment for DINP and issue a notice of data availability, again requesting comments, in 2005. It received “robust pushback from the plastics and chemicals industry that EPA did not have sufficient scientific basis to list DINP,” reports the National Law Review. Will the third time be the charm for EPA?

Comments, identified by docket identification number EPA-HQ-TRI-2022-0262, may be submitted through Oct. 7, 2022, at the Federal e-Rulemaking Portal.

Hand-Held Thickness Gauge for Plant or Lab Is Smart and Precise
Oct 03, 2022