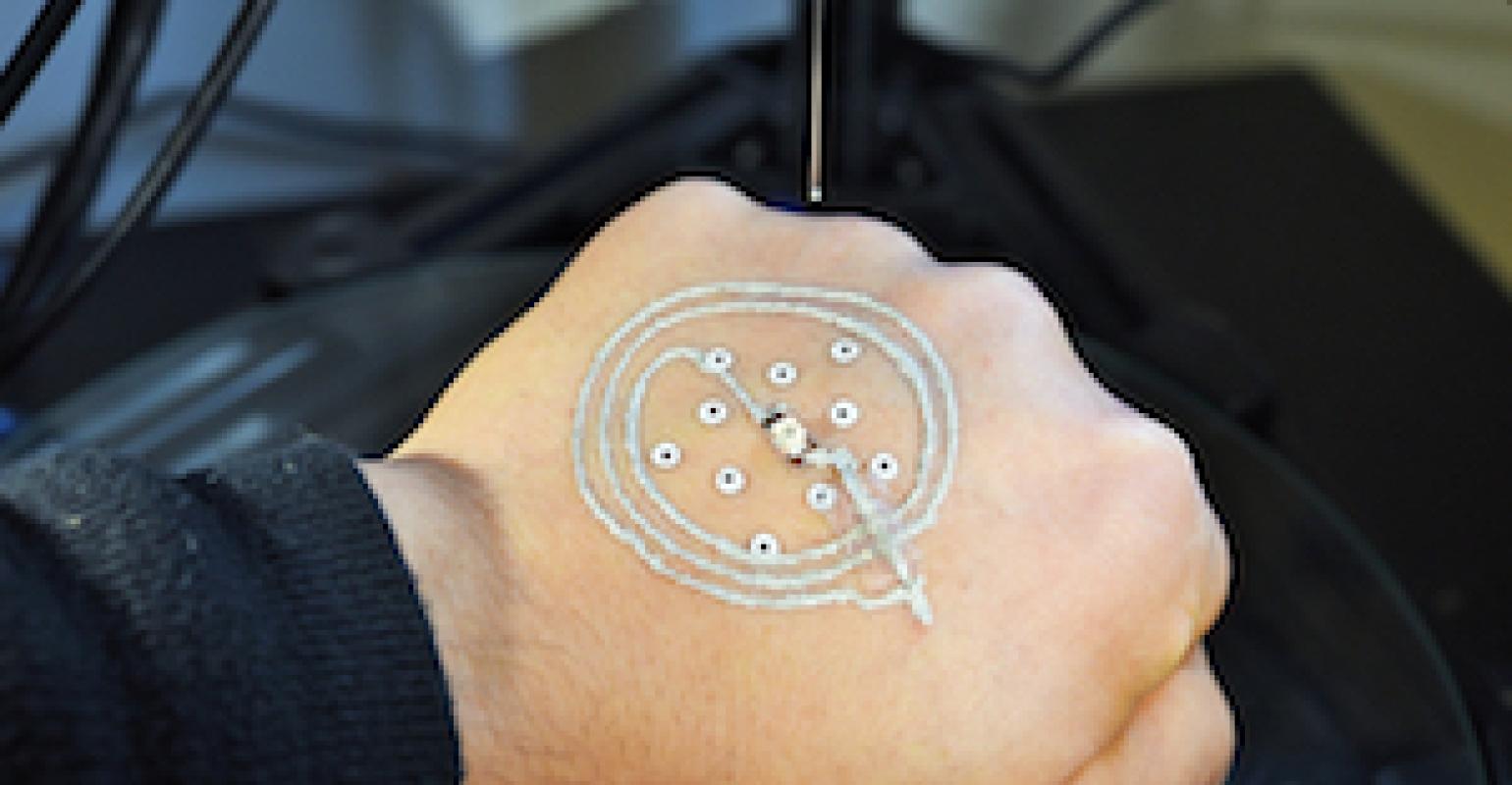 Michael McAlpine, an associate professor of mechanical engineering, and his team of researchers have been at the forefront of a number of medtech breakthroughs, including a step toward the creation of a bionic eye. A relatively inexpensive, cobbled-together 3D printer deserves some of the credit.

In the world of medtech 3D printing, Michael McAlpine is something of a rock star. Associate Professor of Mechanical Engineering at the University of Minnesota, McAlpine has been at the center of a host of accomplishments, the most recent of which is 3D printing an array of light receptors on a hemispherical surface. That breakthrough has been called a "significant step toward the creation of a bionic eye.” Previously, he and fellow researchers printed a bionic ear, life-like artificial organs for pre-surgical planning and cells and scaffolds for spinal cord therapy. And all of that has been achieved within the last seven years! McAlpine will address the evolution of 3D printing and its role in the development of multifunctional medical devices during a keynote presentation at the PLASTEC and Medical Design & Manufacturing (MD&M) event, coming to Minneapolis on Oct. 31 and Nov. 1, 2018.

“We printed our first bionic ear in 2013,” McAlpine told PlasticsToday. “Up until that project, I had not even heard of 3D printing. It was invented in the 1980s, and somehow I missed it. But we started working with the technology about seven years ago, and look how far we have come,” said McAlpine. Much of that progress, at least from his perspective, has been enabled by a 3D printer built by his team of researchers.

“Most 3D printers are designed for hard plastic or rubber, and there is some value in that for medical devices, but they are limited mostly to [printing parts for] structural applications,” McAlpine told PlasticsToday. “With our printer, we can use electronic inks, including conducting and semiconducting inks; very soft materials such as silicones; and live cells and scaffolds.” McAlpine describes the printer as a sort of all-in-one system—“we call it a one-pot platform”—where all sorts of materials can be integrated. It enables the fabrication of parts that are beyond the reach of other technologies, including MicroFab and injection molding, according to McAlpine. “The sky’s the limit for medical and other applications.”

One of the ways in which 3D printing represents a step change in medical manufacturing, according to McAlpine, is in the production of patient-specific devices. “You want the device to conform to the body and be anatomically accurate, and that’s one thing that 3D printing brings to the table. You also want the device to be comprised of various materials, from the structural and casing elements and electronic materials for stimulation to soft materials and cells.” The printer built by McAlpine’s team achieves all of that at a surprisingly low cost point. “We’re talking about $50,000 to $100,000 on the high end,” says McAlpine. But don’t plan on rushing out to buy one just yet—the printer has not been commercialized and probably won’t be in its current form.

“We haven’t filed a patent for the printer because we kind of cobbled it together using various parts, but we do have patents on other things,” explains McAlpine. “The most important patent, in my opinion, was granted earlier this year. It’s called ‘3D-printed active electronic materials and devices.’ Through it, we basically own all particle-extrusion-based semiconducting devices.”

McAlpine believes his team’s work in the lab will eventually result in someone bringing a printer of this type to market. And that could prompt a revolution in access to medical technology.

“3D printing may help to decentralize medical technology,” says McAlpine. “Once average people have one of these printers at home, they can start to print their own devices. And that’s not as far in the future as you might think.” Consider what his team of researchers have achieved in just seven years, says McAlpine, and extrapolate that into the future. It’s mind boggling.

As for his future endeavors, McAlpine points to the development of 3D-printed implantables as among the next steps. One area of focus involves devices for peripheral-nerve regeneration.

“These are nerves outside the spinal cord that travel to the arms and legs,” he explains. “We have 3D-printed peripheral-nerve-regeneration devices and implanted them in rats, which we described in a paper that was published in 2015. Now we’re dealing with the actual spinal cord, which is a bit trickier. We recently printed stem cells that can differentiate into active, healthy neurons for the first time on a 3D-printed scaffold, but that has not been implanted into rats. We are working on that now.”

Another challenge that is getting McAlpine’s attention is multifunctional integration. “We have shown that we can do X, Y and Z, but what if you could do all of that on the same platform?” He cites the difficulties associated with bringing together different materials on the same platform as well as keeping the materials functional and the cells alive in the process. “Scaling is another challenge, both in terms of going to larger areas and increasing throughput,” adds McAlpine.

Coming back to the present, McAlpine hopes that show attendees listening to his keynote will come away with a deeper appreciation of the possibilities of 3D printing. “We are talking about integrating pretty much every material functionality known to man on a single platform in three-dimensional space. It’s the ultimate fabrication platform,” says McAlpine, and the technology is remarkably affordable, he adds. “I can’t think of anything more powerful than that.”

McAlpine will deliver his keynote address at 1 PM on Oct. 31 at Engineering HQ (booth 232) at the co-located PLASTEC Minneapolis and Medical Design & Manufacturing (MD&M) Minneapolis. Part of the Midwest’s largest annual design and manufacturing event, the shows come to the Minneapolis Convention Center on Oct. 31 and Nov. 1, 2018.