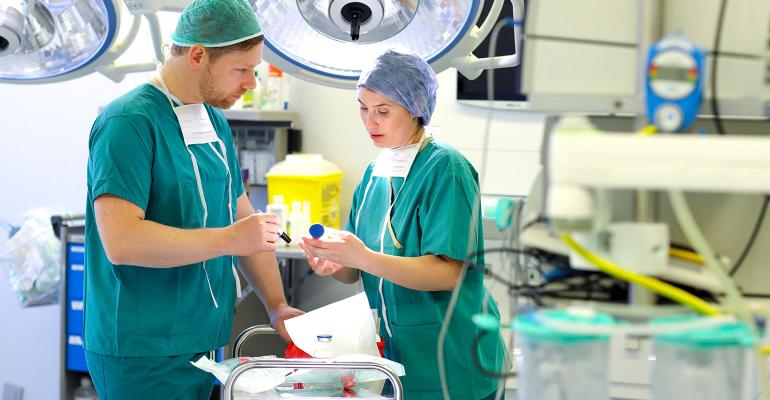 The medical PVC industry is warning European policymakers and hospitals that a paper published in 2021 by an influential non-governmental organization (NGO) that encourages phasing out the use of PVCs is rife with misinformation and should not be used as a source for crafting policy.

PVCMed Alliance, aligned with the European Council of Vinyl Manufacturers to raise awareness and promote informed decisions about the use of PVC in healthcare, said the NGO published a paper falsely stating that PVC cannot be recycled; that it is easily replaced by other materials; and that it contains chemicals that are detrimental to human health and the environment.

“The paper contains so many errors that we must urge European policymakers and hospitals to disregard it,” said Ole Grøndahl Hansen, PVCMed Alliance Project Manager. “Many hospitals around Europe are currently investigating how to implement circular initiatives for their plastic waste. Paradoxically, if they decide to follow the recommendations from NGOs, hospitals will do more harm than good for the environment.”

PVCMed Alliance has released a 24-page document, “Why PVC Should Remain the Preferred Material in Healthcare and Elsewhere.” Some of its key points include:

“We are interested in influencing the members of the European Parliament,” Hansen told PlasticsToday. “We have seen that European parliamentarians are receptive to the arguments put forward by NGOs. The latest example was the NGO’s success in lobbying the European Parliament not to accept a scientifically based proposal by the EU Commission to safely recycle old lead-containing PVC waste. Instead, the NGO wants to store [lead and cadmium-containing] PVC waste as nuclear waste.”

European legislators do not have a deep knowledge of PVC, but they have the authority to regulate the substance, he said. That’s why PVCMed Alliance took the “unusual step” of criticizing the NGO’s paper in a public forum. The stakes are high and acting on incomplete or inaccurate information could have a devastating effect on medical care and the PVC industry, said Hansen.

“We also hope to influence the local Scandinavian administrative units that are responsible for hospitals,” Hansen told PlasticsToday. “Many of these hospitals support Health Care Without Harm and its position not to recycle PVC. According to them, PVC should be phased out. Our objective is to challenge this position. We promote recycling PVC medical devices and the European PVC industry’s investment in PVC medical recycling.”

The 24-page document from the PVCMed Alliance, “Why PVC Should Remain the Preferred Material in Healthcare and Elsewhere,” is available as a free download.

PVCMed Alliance will officially launch its campaign on Jan. 14 on politico.eu and on social media platforms.