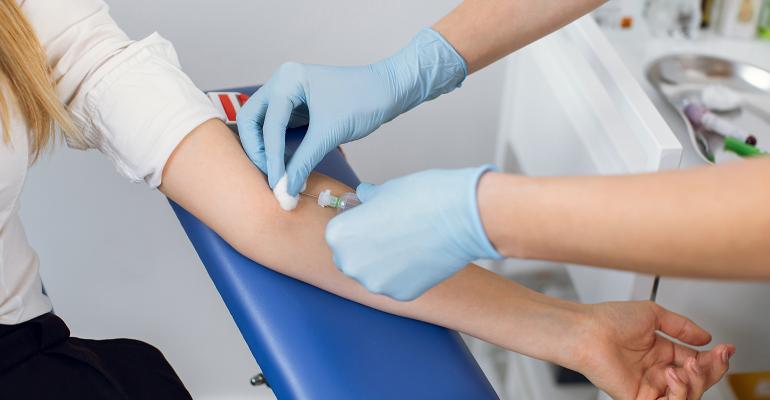 The Class I nitrile gloves will decompose within one to five years in active landfills, compared with more than 100 years for conventional gloves, according to the Showa Group.

Just in time for Earth Day, Showa Group announced on April 21 that its single-use, biodegradable nitrile gloves have been cleared through FDA's 510(k) process. The Showa M7005PFA gloves reportedly are the first biodegradable nitrile gloves approved for medical use. The company also claims to be the only integrated manufacturer of nitrile, single-use PPE gloves fully made in the United States.

The medical gloves incorporate Showa’s Eco Best Technology (EBT), which the company launched in 2012 for a range of biodegradable nitrile gloves. The material composition enables the gloves to decompose within one to five years in active landfills, said the company, compared with 100 years or more for conventional nitrile gloves. The M7005PF medical gloves are fully biodegradable, breaking down by 82% in just 386 days when tested in a laboratory, said Showa.

As a Class I medical device, the gloves are intended for use in medical exams or any environment where the examiner and patient require protection from contamination.

Showa is the only manufacturer in the United States producing FDA-cleared, Berry Amendment–compliant medical PPE gloves, stressed Richard Heppell, President and COO. “This means that every aspect of our medical glove production — from manufacturing to raw materials to packaging — is 100% sourced in the United States and available today for healthcare buyers seeking to end their reliance on Asia suppliers.”

Showa has established a strategic partnership with Zeon Chemicals enabling it to secure the lone domestic capability of nitrile butadiene latex.

In February, Showa announced a major expansion of its Fayette, AL, manufacturing facility, which will increase annual domestic production capacity to 1.2 billion gloves by the end of 2022, and 2.8 billion gloves once the buildout is complete. The expansion strengthens the country’s domestic supply of medical PPE, and reduces reliance on overseas PPE to ensure the United States is better prepared for future pandemics, said the company.