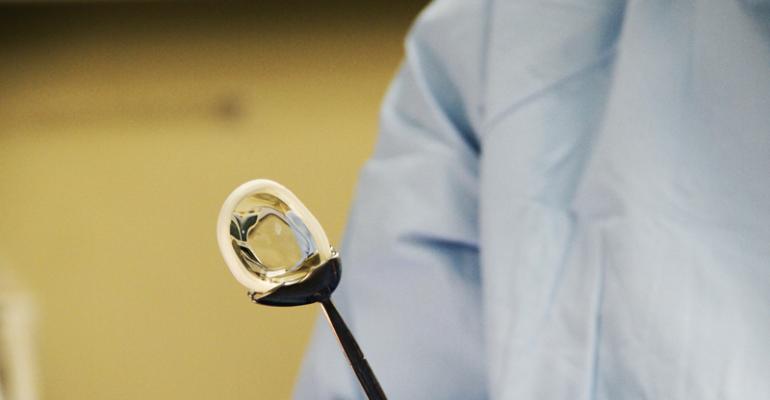 Surgeons at Ohio State University (OSU) Medical Center (Columbus, OH) performed the first plastic meniscus implantation in the United States earlier this week as part of an FDA-approved clinical trial. The device has the potential to offer patients with a torn meniscus a minimally invasive remedy that overcomes many of the limitations of current treatments.

Once it has been damaged, the meniscus—the cartilage between the thigh and shin bones—gets progressively more painful and contributes to the onset of arthritis. A torn meniscus won't heal on its own, and, while it can be treated surgically, patients often opt for knee replacement surgery. "If this meniscal implant works as well as we think it will, it fills a gap in our treatment for those with meniscus injuries," says Christopher Kaeding, the surgeon who implanted the device and Executive Director of OSU Sports Medicine. 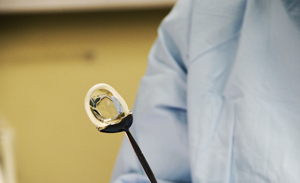 The procedure begins with routine arthroscopic preparation of the meniscus, explains Active Implants (Memphis, TN), which developed and markets the NUsurface Meniscus Implant. That is followed by implantation of the plastic meniscus through a small incision. Progressively, the implant will form a customized fit to the patient's knee contour.

Active Implants was formed in 2004 to develop and commercialize a platform technology based on medical-grade polycarbonate urethane, which is used to fabricate the meniscal implant. The NUsurface Meniscus Implant carries the CE mark and, thus, is available in Israel and the European Union; it has been granted an Investigational Device Exemption in the United States from FDA.

The procedure carried out at OSU is part of a pivotal trial to demonstrate the superiority of the NUsurface Meniscus Implant compared with the current standard of care for patients with persistent knee pain following meniscectomy surgery. Seven clinical sites in the United States are currently enrolling patients in the study, which is called the VENUS-trial (Verification of the Effectiveness of the NUsurface System).

Approximately 720,000 patients undergo knee replacement surgery each year. That number is expected to skyrocket to 3.5 million cases by 2030, according to Active Implants, an increase of nearly 400%.

The company believes the NUsurface device could treat hundreds of thousands of patients per year whose previous partial meniscectomy surgery was not successful and yet are not ready or old enough for knee arthroplasty.

Active Implants estimates the potential annual worldwide market for the NUsurface product to be more than $2 billion.

A video from OSU, embedded below, explains the potential of the implant and includes comments from the first U.S. patient to undergo the procedure.