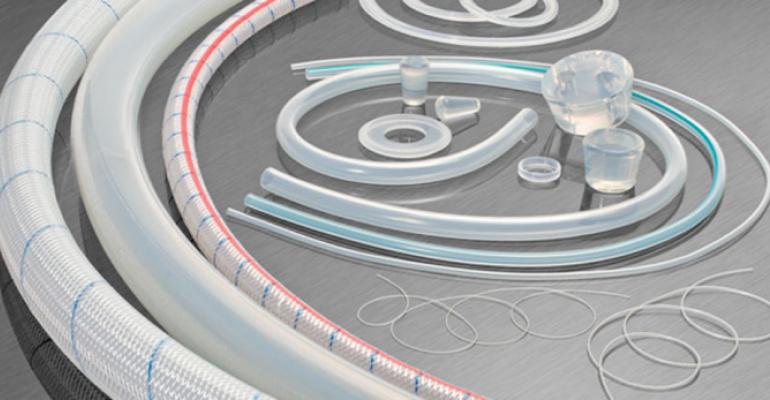 Freudenberg Medical has more than doubled silicone extrusion capabilities at its facility in Carpinteria, CA, as part of the expansion and enhancement of extrusion and molding cleanrooms at the company's silicone operations. In addition to increased floor space, the cleanroom now features an updated layout and optimized work cells to accommodate future growth and state-of-the-art cleanroom infrastructure technology, according to Freudenberg. The extrusion cleanroom now complies with ISO Class 7 guidelines.

Freudenberg Medical has more than doubled silicone extrusion capabilities at its facility in Carpinteria, CA, as part of the expansion and enhancement of extrusion and molding cleanrooms at the company's silicone operations.

"This project has increased our silicone extrusion capacity by over 50%, and ensures our long-term competitiveness for low-, medium-, and high-volume silicone extrusion projects," said Dr. Mark Ostwald, Vice President and General Manager of Freudenberg Medical in Carpinteria. "Our redesigned cleanroom will improve our lead times substantially while maintaining our tradition of outstanding quality."

A global developer and manufacturer of specialty components and minimally invasive products for the medical device and pharmaceutical industries, Freudenberg first moved into the coastal facility—Carpinteria is just a hop south of Santa Barbara—in 2006, when it purchased Helix Medical. The company retained the Helix name and, in 2012, bought MedVenture, which specializes in minimally invasive devices. In August 2015, the company brought together Helix and MedVenture under the Freudenberg Medical umbrella. During that busy month, it also found time to acquire Hemoteq AG, a supplier of coating technologies to medical device OEMs based in Würselen, Germany, to deepen its footprint in the medical technology arena.