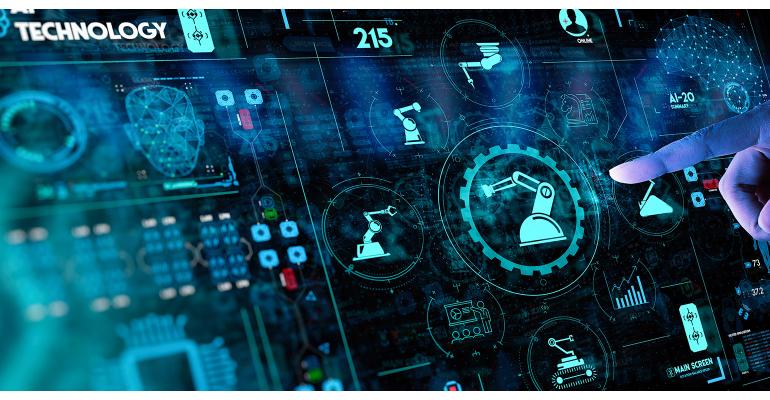 A panel discussion at the recent co-located MD&M West and Plastec West event highlighted the challenges faced by injection molders today and ways to overcome them.

A panel discussion on plastics injection molding at the co-located MD&M West and Plastec West event in Anaheim, CA, earlier this month partly revolved around the ways in which elements of Industry 4.0 and technology writ large have improved operational efficiency and product quality. The three panelists, all with deep molding and manufacturing expertise, shared their insights on Center Stage during a session titled, “Solving Today’s Challenges in Injection Molding for the Medical Device Industry.” For the first speaker, Alan Sundheimer, Vice President of Development and Technology at PMC Smart Solutions, one of those primary challenges is figuring out how to deal with an endless data stream.

Data, data, everywhere. What do we do with it?

Injection molders are inundated with data. The challenge, according to Sundheimer, is identifying the data that matters without bias and using it effectively.

“We must challenge all the data — the data we like and the data we don’t like — and correlate that with output,” said Sundheimer. At PMC Smart Solutions, a full-service contract molder and manufacturer serving the medical device and automotive markets, advanced mold simulation software and materials databases are used to evaluate components and assemblies. That information feeds into the molding process to develop parts and tooling, he explained.

“The day we are awarded business, we 3D print the components and start measurement system analyses. That establishes confidence in the measurement system,” Sundheimer explained. It also spits out data. And then there’s the instrumentation — pressure sensors, temperature sensors, and so forth. Secondary operations, such as ultrasonic welding, pad printing, and packaging, also enter the mix. “We’re collecting data, and we're correlating inputs to outputs, because that’s the objective, but ultimately, data storage and retrieval become a challenge,” said Sundheimer. “There's volumes and volumes of information — we need to standardize how we score that and how we evaluate it.” That requires some experimental techniques in which PMC Smart Solutions has become proficient, he noted.

“We collect information on a cycle-by-cycle basis. Every injection molding shot, every process, every cycle, we're collecting inputs and outputs to help ensure that we can monitor the process involved,” said Sundheimer.

Automation, he added, can help increase confidence in the data and the output. “All the data in the world won’t do any good if we don’t know that the output is good,” said Sundheimer.

Maximizing efficiency and quality while minimizing downtime is the goal of every manufacturer, but how do you get there? For Ethan Bruyn, Manufacturing and Technology Leader at Medbio, the key is integration. “From temperature control units and hot runners to robots and peripheral equipment, we try to simplify everything through integration and make it as easy as possible for a technician to start the job,” he told MD&M West attendees.

Medbio is a full-service contract manufacturer offering medical device OEMs cleanroom molding, assembly, and packaging services as well as in-house mold making. In production, it uses an Arburg HMI with a Gammaflux G24 temperature controller integrated with OPC UA via Euromap 82.2. The setup is “very simple and eliminates a lot of that hard IO that we don’t need anymore,” explained Bruyn. “We’re transferring data via Ethercat, simply plugging it into a machine, setting an IP address, and we're good to go.”

Temperature control and flow monitoring, peripheral equipment, robots are all “integrated into one central HMI, making it easy to see exactly what’s going on,” added Bruyn, “and we pull the data through our process monitoring system. The payback is substantial, according to Bruyn, through minimized downtime and more targeted troubleshooting. Integration also reduces the potential for human error.

“If someone leaves a hot runner on over the weekend without the water on, you could destroy a manifold,” said Bruyn. “There are other workarounds — you can get a hard IO for every single hot runner, for example — but it takes time to wire and implement that. Euromap 82.2, simple communication via Ethernet, is the future.”

The third panelist, Jürgen Geisow, Director of Technology and After Sales Service at Arburg, agreed wholeheartedly with Bruyn. When OPC UA/Euromap 82.2 first came on the scene, though, he confessed to some skepticism. “In the beginning, I viewed OPC UA and Euromap 82.x, as I call it, as just one more interface,” said Geisow. “We have the Euromap interface, the SPI interfaces, and, of course, they are all different. But it really seems like OPC UA has traction in all parts of the globe. So far, it has been completely integrated for temperature control units (Euromap 82.1), hot runners (82.2), and liquid silicone dosing systems (82.3). After that, 82.4, 82.5, 82. 6 and so forth are coming,” said Geisow.

Echoing a point made by Bruyn on the value of system integration, Geisow noted that something as simple as a missing production element will prevent the machine from running. “If I turn on the machine, and devices required by the program are not present, well, nothing happens. If I forget to turn on the water, for example, the machine will sense that. It’s a startup safeguard that avoids potential errors," said Geisow.

Integration as it exists now and continues to evolve is a significant trend that deserves the attention of molders. “It’s not just valuable for medical molders,” stressed Geisow, “but for any molder that has validation requirements attached to their processes.”