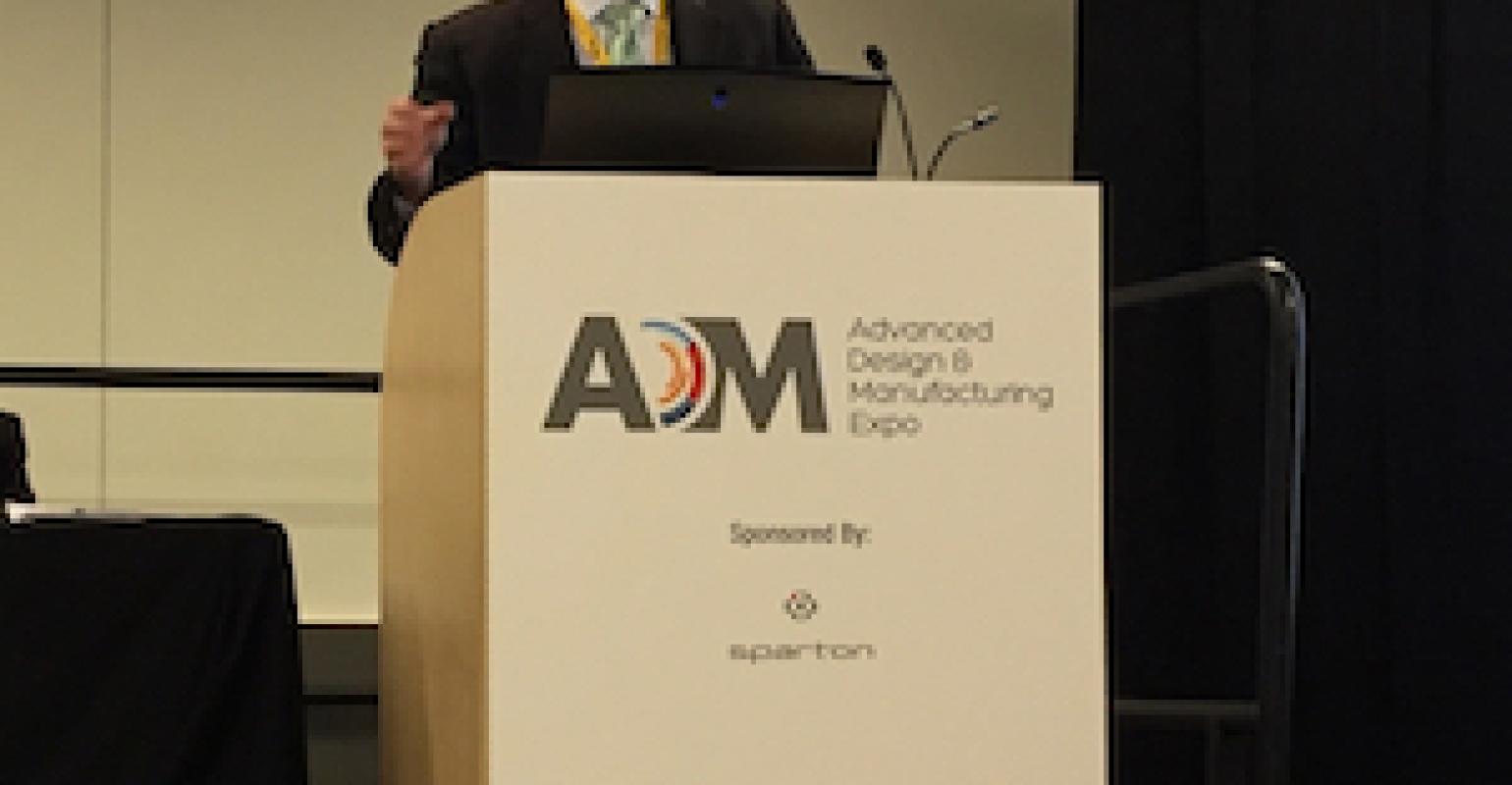 How 3D printing is enabling medtech innovation, one layer at a time

Yes, you can, but should you? That is a good question to ask oneself at many personal and professional junctures. At Advanced Design & Manufacturing (ADM) Expo in Cleveland earlier this month, it came up a couple of times during a panel discussion devoted to medical 3D printing. The quasi-infinite possibilities of additive manufacturing have a profound resonance in the medtech space, and it’s easy (and fun) to extrapolate. Ultimately, though, the technology is worth pursuing only when it produces clear clinical and patient value, said Pete O’Neill, Executive Director at Cleveland Clinic Innovations and acting CEO of Custom Orthopaedic Solutions (Cleveland, OH), who participated in the panel. One project his company is involved with falls squarely on the “yes, you should” side of the ledger, according to O’Neill.

He prefaced his discussion of the project with an overview of conventional airway stents. The generic devices do not conform to the curved shape of a patient’s airway, and pulmonologists typically customize the stent on site. “The result looks kind of Frankensteinish,” O’Neill told attendees as he showed one such modified stent on the screen. It definitely had a DIY look about it, and I would not have been surprised to see duct tape involved. Aesthetics aside, the stents do their job, O’Neill stressed. But a number of issues may affect the devices, including the formation of biofilm, the onset of severe halitosis and longevity—the stents last about two months, noted O’Neill.

Custom Orthopaedics has developed a stent—O’Neill did not overtly reveal the specific therapeutic purpose—that improves patient quality of life because it better suits individual patient anatomies and can be implanted for a longer period of time. By leveraging FDA’s compassionate use program, the stent has been implanted in three patients, and results show that it lasts for more than one year.

The company hopes to have 510(k) clearance from FDA by May 2018. It can go the substantial equivalence route, instead of the lengthier and more onerous premarket approval path, because it “is not a custom device, a term that has specific meaning within FDA,” stressed O’Neill. He went into further detail with PlasticsToday via e-mail.

“Under the Custom Device Exemption, a company can produce five devices per year of similar description. Despite our company name, supplying ‘custom’ devices is not part of our business. We provide ‘patient-specific’ devices, which are FDA-cleared devices produced to match a single patient,” said O’Neill. “FDA clearance for such a device includes defining worst case boundaries, testing at those boundaries and then producing the devices within those boundaries,” he added.

The manufacturing process is simple and well known in the medical manufacturing space, involving patient data captured via a CT scan and a 3D-printed mold into which silicone is injected to produce the stent.

Another panelist, Thomas Hughes, CEO of biomaterials compounder FibreTuff Medical (Toledo, OH), also had some news to announce: His company has just entered into an exclusive agreement with Keene Village Plastics (Barberton, OH), which will supply FibreTuff’s PAPC compounds for medical 3D printing

FibreTuff has developed a cellulose thermoplastic alloy for medical applications that is compatible with 3D printing, injection molding and extrusion. The PAPC compounds, comprised of polyamide, polyolefin and cellulose, have passed cytoxicity and skin irritation studies and reportedly have lower specific gravity and water absorption than highly engineered compounds. Orthotic and prosthetic devices are the initial targets, said Hughes at ADM Cleveland.

The material soon will undergo testing for USP Class VI approval and, if successful, the companies will explore other medical applications. Speaking to Toledo newspaper the Blade, Hughes suggested that PAPC could find applications in medical implants involved in spinal, trauma and sports medicine, a $40 billion market, according to the Blade.

In a related development, the Ohio Manufacturing Extension Partnership affiliate for northwest Ohio (CIFT) announced on March 13 that FibreTuff was working collaboratively with JuggerBot3D, a maker of 3D printing systems; the Mercy Health St. Vincent Medical Center; and several other companies to further develop the technology.

To promote the initiative, JuggerBot3D showcased a 3D-printed prosthetic leg it produced for a company executive's three-legged dog.

Rebecca Singer, CIFT President and CEO, said that the companies involved will work on refining and qualifying materials formulas, designing and printing products, and developing prototypes for “smart” devices that incorporate tiny electronic sensors added during the manufacturing process, according to the Blade.