In a recent survey of senior manufacturing and supply chain decision makers, only 17% rated their company "exceptional" in terms of supply chain resilience and adaptability. As a result, 91% said that they are planning to adopt dual- and triple-sourcing strategies, and almost three-quarters of them plan to reduce their reliance on China, according to the 2020 State of Manufacturing report published by Fictiv, a cloud-based network of hundreds of manufacturers, primarily in the United States and China.

In a recent article in PlasticsToday, Paul Sturgeon noted that “97% of plastic artificial flowers come into the United States each year from China, but we cannot look at that through the same lens as the importation of 90% of our antibiotics.” In speaking with small and medium-size US businesses, he came to the conclusion that, while reshoring won’t happen overnight, it is being seriously looked at by a number of companies. Tom Star, President of Molded Devices Inc., told Sturgeon that many of his company’s industrial customers are “contemplating changes to their supply chains, as well as several large medical device companies. For strategic reasons, those companies may not want their names out there right now.”

Still, China will remain the workshop of the world for some time to come. “While many businesses will examine reshoring as part of their future supply chain, China continues to offer important advantages in infrastructure and manufacturing talent — making it a stable part of any supply-chain ecosystem,” said Fictiv COO Jean Olivieri, as quoted in sister media outlet MD+DI. “The opportunity for supply-chain executives will be to introduce digital and AI capabilities through partners and investments that can build an agile, resilient supply chain able to flex across geographies and demand in real-time and with complete transparency.”

To be fair, Industry 4.0 never went away, but while it has garnered substantial industry interest, the sheer scope of the Industry 4.0 paradigm and the technologies it puts into play have been perceived as a prohibitive barrier to adoption for many manufacturers. COVID-19 might be the tipping point, according to Dave Evans, co-founder and CEO of Fictiv, an enabler of digital manufacturing.

“Traditional supply chains and manufacturing ecosystems are failing and we need to shift to a more adaptable, agile solution that is fully digitally enabled,” Evans wrote recently in Forbes. “The virus, like any crisis, has merely underlined both that need and the urgency and will likely serve to accelerate that change.” He cites Forbes senior contributor and CEO of Instrumental Anna-Katrina Shedletsky, who observed in a recent article that “due to COVID-19, manufacturing will experience five years of innovation in the next 18 months.”

Acknowledging that the Industry 4.0 concept and sheer size of the digital transformation has slowed adoption, Evans notes that the needs in the wake of the pandemic are “compelling and urgent and those that fail to transform will likely be left behind and risk becoming irrelevant and uncompetitive.”

The Art of the Pivot
Image: Adimas/Adobe Stock

You may recall the shocking realization in the early days of the pandemic of how unprepared the United States was to deal with a sudden demand for personal protective equipment (PPE) and medical devices required to treat patients who had contracted the virus. Many of these products were either made in China or relied on parts produced by overseas supply chains, which were often on lock down as their home countries dealt with COVID-19. Prodded by the federal government, automotive OEMs and their suppliers reconfigured their production lines to produce the much needed equipment. In April, Ford Motor Co. announced that it would collaborate with GE Healthcare to produce a third-party ventilator at a plant in Michigan, and Cadillac Products Automotive Co. stepped up to manufacture PPE for front-line medical personnel. One month earlier in the United Kingdom, seven Formula 1 teams formed Project Pitlane, part of a larger industrywide UK effort to produce ventilators.

The first Formula 1 race took place just over 70 years ago in Silverstone, UK, a milestone that was going to be celebrated this year. Then COVID-19 happened. In response, rivalries have been set aside to battle the virus, “doing what the people of F1 do best — adapt, innovate, and deliver,” said an announcement on the Formula 1 website. The seven UK Formula 1 teams taking part in the project are Aston Martin Red Bull Racing, BWT Racing Point F1 Team, Haas F1 Team, McLaren F1 Team, Mercedes-AMG Petronas F1 Team, Renault DP World F1 Team and Williams Racing (formerly ROKiT Williams Racing).

2. an R&D project conducted in conjunction with the NHS Young Entrepreneur Programme; and

The most successful F1 medical device work stream arguably has been the CPAP device developed by Mercedes and UCL, writes Verdict Medical Devices. The device gained approval for use by the UK National Health Service in April. The UCL-Ventura breathing aid helps COVID-19 patients with lung infections breathe more easily when an oxygen mask alone is insufficient, but intubation isn’t needed. It was open-sourced, allowing anyone to produce the ventilator by copying the design, added Verdict Medical Devices.

An additional insight gleaned from the Fictiv 2020 State of Manufacturing report cited in the first slide is that 44% of manufacturers have reduced operational costs through remote working. Working from home is not an option for everyone, but technology has certainly made it more available than would have been imaginable just a few years ago. I haven’t set foot in an office in almost four months, and it hasn’t adversely affected my productivity. Au contraire: I live in the Los Angeles area and my daily commute — around 35 miles one way — robbed me of an average of three hours every day. I now use some of that time to research and write articles.

Make no mistake — working from home (WFH) is a trend. Earlier this month Germany’s manufacturing and engineering giant Siemens announced that it is establishing remote working as a permanent part of its operational structure. It said that it is implementing a system that will allow its global workforce, which spans 43 countries, to work remotely two or three days on average.

Lee Coulter, chair of the IEEE Working Group on Standards for Intelligent Process Automation, noted in an interview in IEEE’s Transmitter that COVID-19 “forced the adoption of remote work. Billions of people realized in just 60 days that work can be done successfully via tele-presence technologies.” This realization will have a profound impact on everything from real estate to expense-account steak dinners, according to Coulter.

“When consumers can live anywhere, many will choose to have a larger, less-expensive home where they can both live and work. The number of companies making statements about the future of their corporate real estate footprints is not idle chatter, added Coulter. He cites a pair of real estate apps that have declared, for the first time, a reversal of urbanization. “Employees and leadership are realizing that business does actually continue.”

He also envisions a dramatic change to the way business deals are sealed. “A B2B sale used to require a handshake at an expensive steakhouse,” writes Coulter. “Now, it will be done through a food delivery app that serves the steak and wine to people’s new home offices enabled by immersive collaboration spaces, that exist only on a server in a lights-out data center running on a self-healing network.”

Tool-free rapid manufacturing has obvious benefits when something unexpected reveals shortages of essential products such as personal protective equipment. Early on, additive manufacturing even came to the rescue of an Italian hospital in desperate need of working respiratory devices. The medical facility in northern Italy needed replacement valves for its respirators but could not source any through its normal supply chain. A nearby 3D-printing startup reverse engineered the valve and printed replacement parts within hours.

PlasticsToday has reported on numerous 3D-printing companies pitching in to mitigate shortages of medical products, from Belgium’s Materialise developing a connector that converts standard hospital equipment into a respiratory aid and Formlabs and its healthcare partners developing and testing a nasal swab prototype over the course of a weekend and, ultimately, printing more than 100,000 swabs daily. A hospital in Paris is taking the technology a step further by 3D printing medical equipment on site around the clock and using 3D scanning technology to perform quality control.

As reported on engineering.com, Paris-based surgeon Dr. Roman Khonsari, along with the Paris hospital authority APHP (Assistance Publique – Hôpitaux de Paris) began Covid3D.org. “With funding from the University of Paris and luxury group Kering, the group planned to leverage 3D technology to build a large 24/7 factory in the hospital to produce essential medical equipment badly in demand due to the newly warped global supply chain of medical goods. The goods needed to be 3D printed rapidly, efficiently and cost-effectively,” writes Andrew Wheeler.

Sixty 3D printers were set up in a historic building next to Cochin Hospital, where medical goods are manufactured 24/7 in batches of 100 and are supervised by teams of five engineers in shifts. Each batch of 100 3D-printed items is then scanned by the Artec Space Spider for quality assurance, reports engineering.com.

Injection molding remains the gold standard for the repeatable, reliable mass production of plastic products at a reasonable cost, but there is no denying that the nimble nature of 3D printing and the ability to print essential medical equipment on-demand and in-house has been a game changer. 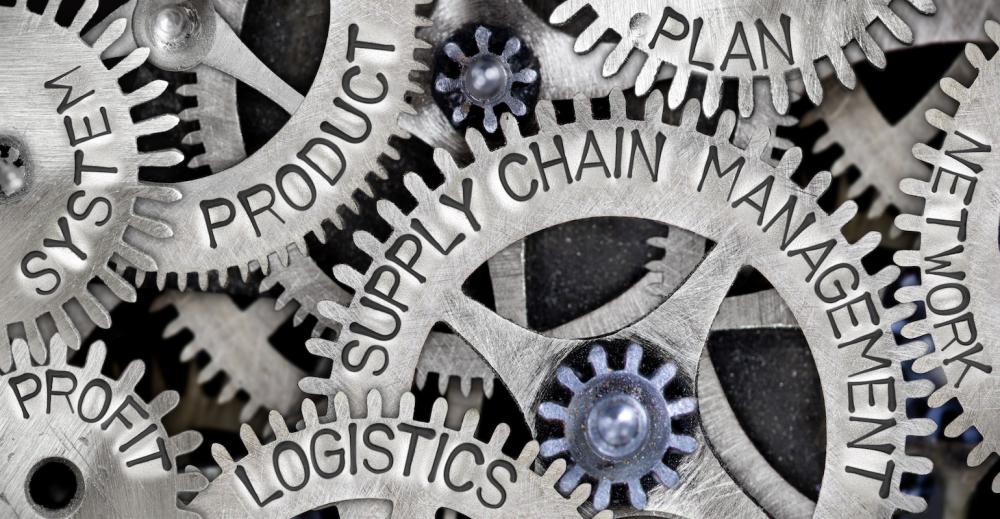 Next Up
Designs for Living with COVID-19, from the Sublime to the Ridiculous
Start Slideshow ›