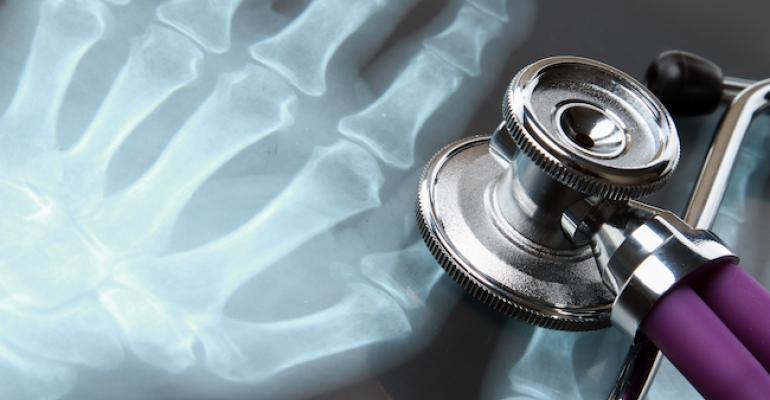 LimaCorporate (San Daniele del Friuli, Italy) will operate a 3D-printing facility on the New York campus of the Hospital for Special Surgery, ranked as the number one orthopedic hospital in the United States for the past nine years by U.S. News & World Report.

One of the blue-sky concepts that has been a popular talking point in medical 3D printing circles is the notion of installing 3D printers at hospital bedsides. That vision is edging a little closer to reality, thanks to a partnership between LimaCorporate (San Daniele del Friuli, Italy) and the Hospital for Special Surgery (HSS; New York, NY). The Italian company specializing in reconstructive and custom orthopedic technology has announced that it will operate a 3D-printing facility on the New York campus of HSS for the production of custom complex implants. It is reportedly the first operation of its kind in a hospital setting.

HSS has been ranked as the number one orthopedic hospital in the United States for the past nine years by U.S. News & World Report. HSS has been sourcing custom implants from Lima since 2016; bringing that technology in house will substantially increase the availability and speed of personalized orthopedic care for patients with complex conditions, said the press release.

The new facility will leverage the combination of Lima’s decade-long experience in 3D printing orthopedic implants and HSS’ expertise in clinical care and bio-mechanical engineering. The proximity of additive manufacturing capabilities to a care environment can significantly help providers who are, in turn, helping patients, said Lima.

“The close integration between surgeons and engineers is invaluable for designing and refining joint replacements and identifying new solutions for the most complex patient cases,” said Leonard Achan, RN, MA, ANP, Chief Innovation Officer at HSS.

“We are proud to be the first company to bring 3D printing of implants directly to a hospital organization, where the collaboration between top-ranked surgeons and engineers can drive innovation and easier access to patients in the United States,” said Luigi Ferrari, CEO of LimaCorporate. "This is what defines Lima. A company that has in the past, and will continue in the future, strive to transform orthopedics by challenging the status quo."

Lima will be the registered manufacturer for all devices designed and produced at the new facility, which is expected to be operational by early 2020. It will initially serve hospitals in the region before making the devices available to all U.S. providers.