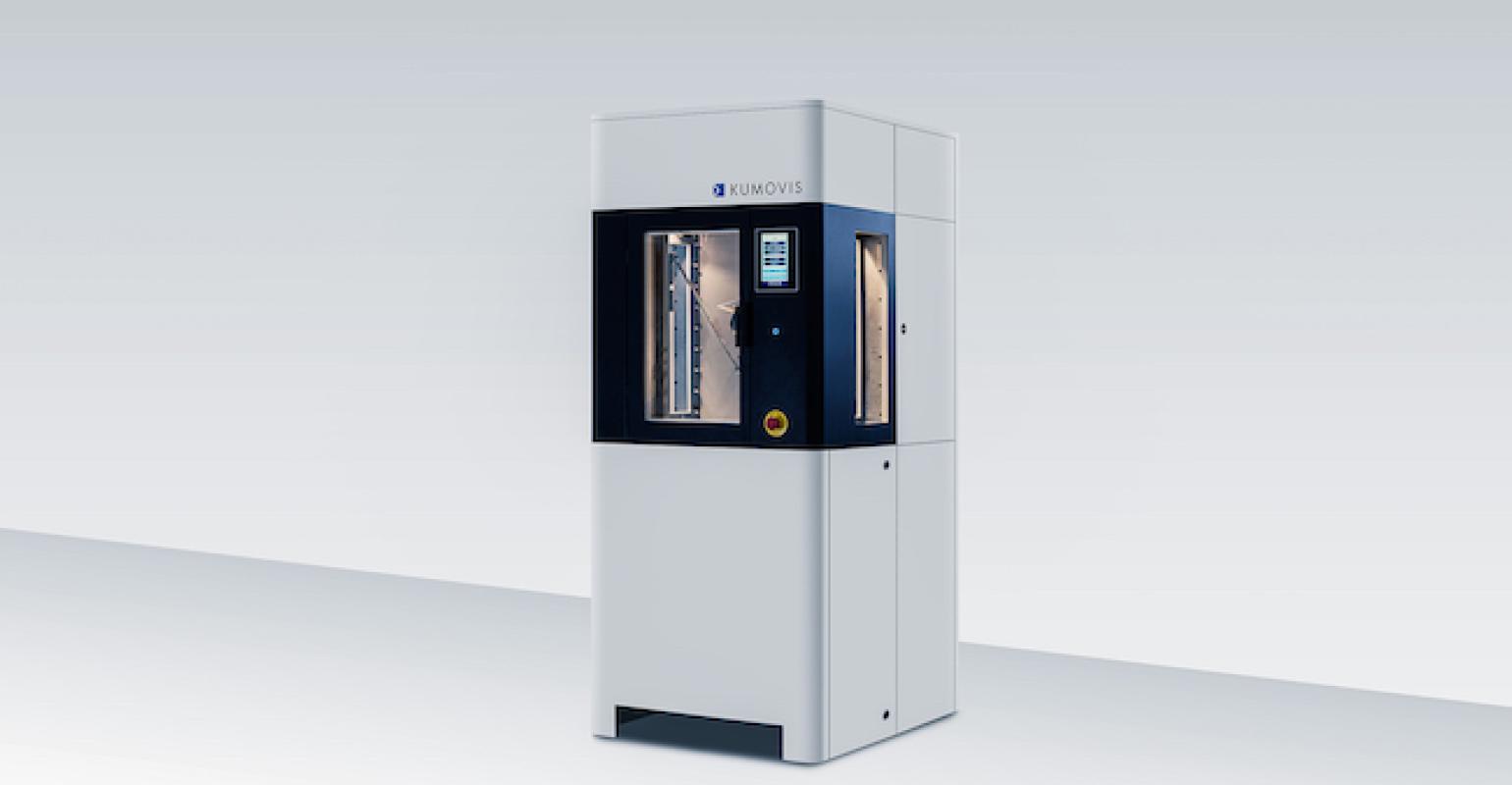 Munich-based Kumovis showcases the capabilities of its 3D printer with integrated cleanroom suitable for point-of-care applications.

Visitors to Formnext this week will have an opportunity to see what is being called the world’s first 3D printer with an integrated cleanroom in action. Munich-based Kumovis GmbH is using the 3D-printing trade show in Frankfurt, Germany, as a platform for the debut public showing of its R1 3D printing eco-system, which it has developed for medical technology applications.

The R1 was introduced in August of this year and received a great deal of media attention, including in PlasticsToday, because its integrated temperature control and filtration system allows users to create a cleanroom environment within the build chamber.

As we reported this summer, the R1 printer is based on the fused layer manufacturing (FLM) process and incorporates a patented temperature management system allowing the build chamber to be heated homogeneously up to 482°F, thus improving layer adhesion, according to Kumovis. With the use of an optional filter, the build chamber can be turned into a cleanroom, preventing ingress of contaminants that could cause defects in 3D-printed devices.

The instrument is suited for printing patient-specific implants and surgical instruments, including at the point of care.

Kumovis will share its booth at Formnext with rapid prototyping firm 3D-Labs, a longtime partner of the company. “With the R1 3D printer, mechanical properties can be achieved as with no other polymer FLM technology,” said Kumovis’ head of R&D Sebastian Pammer. “We want to make visible the variety of new possibilities with our booth neighbors in the form of functionalized parts, among other things.”

Formnext runs from Nov. 19 to 22 at the Frankfurt Messe.