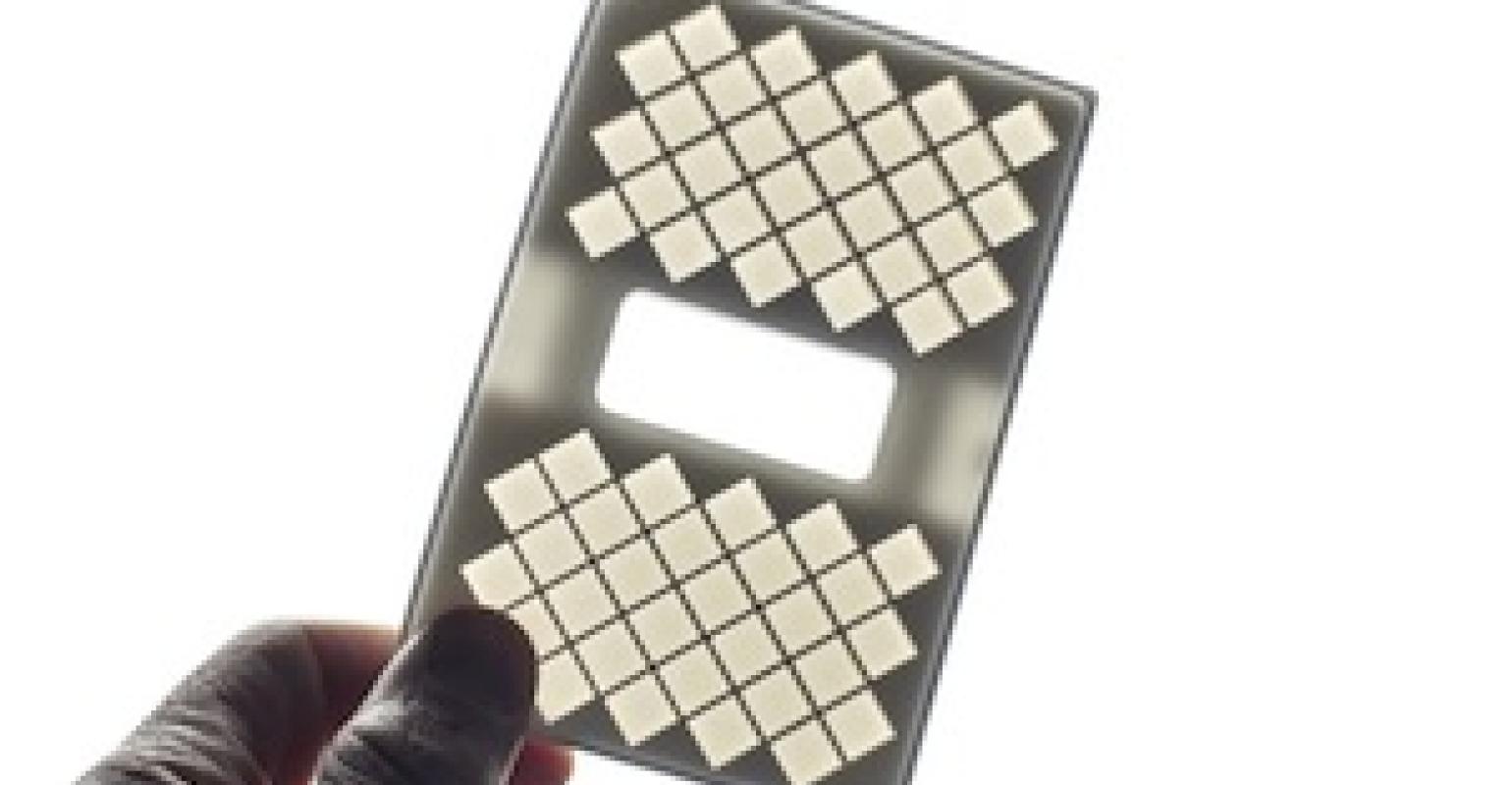 Medtech giant BD (Franklin Lakes, NJ) lays claim to being one of the biggest users of plastic injection molded parts on the planet, and it is in the process of building what it calls “one of the largest and most sophisticated plastic molding plants in the world” in Columbus, NE. But when BD’s Larry Monahan took Center Stage at last week’s co-located PLASTEC West and MD&M West in Anaheim, CA, injection molding was merely a footnote. The focus of his presentation was the company’s “travel down the path of additive manufacturing.” That journey began a couple of years ago, when his team was tasked with prototyping a component for the BD Rhapsody single-cell analysis system.

BD’s Advanced Prototyping, Corporate Computer-Aided Engineering team, led by Monahan, began working with the BD Life Sciences—Genomics group in Menlo Park, CA, in mid-2017. That group had developed the Rhapsody system, which enables analysis of cellular form and function on the basis of individual cells rather than by averaging measurements across multiple cells, as is typically done. “It’s a big piece of equipment full of small plastic parts, and we were doing prototypes for the group, as we do for all parts of the company,” Monahan told show attendees. One of those components—a hemocytometer adapter that integrates a fluidic micro-well into an optical system—seemed like a good candidate for additive manufacturing. Monahan’s department is equipped with stereolithography, fused deposition modeling and Carbon’s digital light synthesis (DLS) systems, all in the service of rapid prototyping. Additive manufacturing was not part of the equation until this project came along.

“We looked at the manufacturing methods available to us for this part. Injection molding and milling had clear limitations,” explained Monahan, because of the part geometry and the small production quantities. Scalability, however, was also an issue. “Let’s say we’re making 30 this year, but we might need to make 60 or 100 next year, so the process needs to be scalable. It may not sound like a lot, but you are doubling the requirements.”

Monahan’s team compared the cost of injection molding versus additive manufacturing as well as the resulting lead time and time to market. “We have a spreadsheet at BD that calculates the total cost of ownership and it showed that the cost of additive was stable across the board. Injection molding had a high cost at the outset, obviously, because of tooling. For this part and looking 10 to 15 years out, additive manufacturing made the most sense.”

Of the 3D printing technologies available in house, BD chose Carbon’s DLS because of the resolution that can be achieved as well as the accuracy, speed and available materials. Carbon’s RPU 61 rigid polyurethane was selected for this product. Carbon describes the material as offering a unique combination of biocompatibility, sterilizability and durability, in addition to engineering-grade mechanical properties, abrasion resistance and chemical resistance.

The depth of support from the Carbon team also played a key role in moving the project forward, added Monahan, and led to a significant design improvement and reduction in materials usage.

The initial part design had support materials, which had to be removed. “That required more labor and resulted in scrap of the same material that you are using to build the final part,” explained Monahan. In consultation with Carbon, the honeycomb structure was rotated 45 degrees, which made the walls self-supporting and allowed BD to print the part horizontally. “Scrap was reduced by 7%,” said Monahan. Carbon also modified the print script, which reduced print time by more than half.

This project—BD’s first foray into using additive manufacturing to make a production part—“opened a lot of eyes to the possibilities of this technology,” said Monahan. “Other parts are in production now, and several more are being talked about. When we’re looking at low-volume parts, I have executives now asking, ‘Why can’t we 3D print this?’ That’s a pretty remarkable shift in thinking for one of the largest injection molding companies in the world,” enthused Monahan.