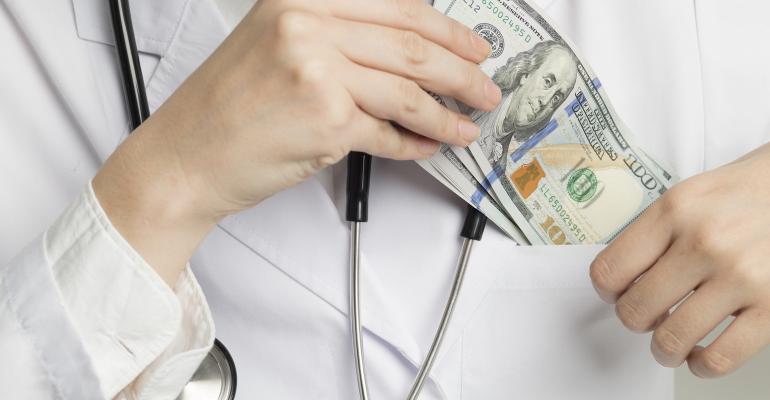 The medical device manufacturer has settled to resolve allegations that it violated the False Claims Act by paying kickbacks to a South Dakota neurosurgeon to use its products.

“Kickbacks undermine the integrity of federal healthcare programs and increase costs borne by taxpayers,” said Acting Attorney General Jeffrey Bossert Clark of the DoJ’s Civil Division. “This case demonstrates the Department of Justice’s commitment to ensure that medical device manufacturers do not use improper financial relationships to influence physician decision-making.”

The settlement reached on Oct. 29 resolves allegations that Medtronic agreed to the requests of South Dakota neurosurgeon Wilson Asfora, MD, to pay for social events at Carnaval Brazilian Grill, a restaurant Medtronic knew Asfora owned, including scores of expensive meals. Medtronic allegedly made the payments to benefit Asfora and induce him to use Medtronic’s SynchroMed II intrathecal infusion pumps, implantable devices used to deliver medication to patients.

The United States alleged that Medtronic’s sponsored events at Asfora’s restaurant were social gatherings for which Asfora selected and invited his social acquaintances, business partners, favored colleagues, and potential and existing referral sources, while Medtronic paid for their meals and drinks. Over a nine-year period, Medtronic allegedly paid for more than 100 events at Asfora’s restaurant.

This settlement resolves Medtronic’s liability under CMS’ Open Payments Program, which was established by the Affordable Care Act and requires medical device manufacturers to disclose to CMS certain payments or other transfers of value to physicians.

Asfora and two of his other companies are defendants in a separate FCA lawsuit in which the United States filed a complaint in November 2019, alleging that Asfora received kickbacks to use certain implants in his spinal surgeries. That pending case is captioned United States ex rel. Bechtold, et al. v. Asfora, et al., No.4:16-cv-04115-LLP (D.S.D.).

As part of the settlement, Medtronic agreed to cooperate with the department’s investigations of and litigation against other parties, and the device maker took remedial action once it learned of the wrongdoing, including terminating a sales representative and sales manager and disciplining 12 other employees involved in the alleged misconduct.

The claims resolved by the settlement are allegations only, and there has been no determination of liability.