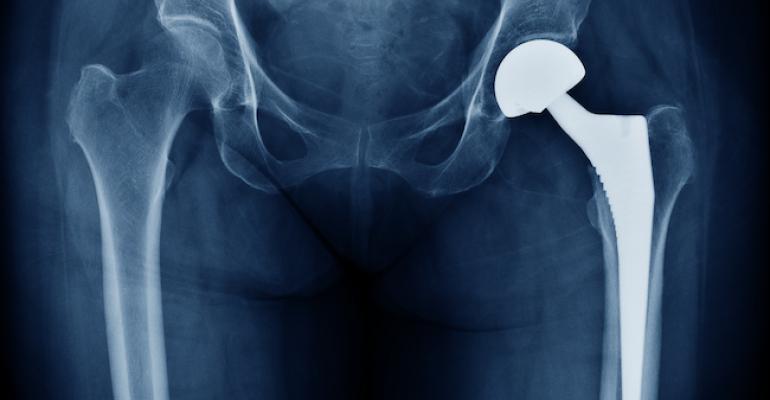 The new plastic is as tough as nylon, but without being crystalline so it is much easier to manipulate, according to researchers. Implantable applications are targeted.

A tough new thermoplastic biomaterial that is also easy to process and shape has been developed by researchers at the University of Birmingham in the United Kingdom.

A type of nylon, the material’s shape-memory properties enable it to be stretched and molded, and to revert to its original shape when heated. This makes it useful for medical devices such as bone replacements, where minimally invasive surgery techniques require additional flexibility in implant materials.

The material was developed in the university’s School of Chemistry by a team investigating ways to use stereo-chemistry — a double bond in the backbone of the polymer chain — to manipulate the properties of polyesters and polyamides. The study is published in Nature Communications.

Biocompatible polymers are widely used in medicine, from tissue engineering to medical devices such as stents and sutures, notes the press release distributed by the university. Although much progress has been made in the area of resorbable materials that are broken down by the body over time, there are still only a handful of non-resorbable polymers that can be used for longer-term applications.

This new material can be made using standard chemistry techniques and offers a stable, long-lasting option, with mechanical properties that can be tuned for different end products.

“This material offers some really distinctive advantages over existing products used to manufacture medical devices such as bone and joint replacements,” said senior researcher, Professor Andrew Dove. “We think it could offer a cost-effective, versatile and robust alternative in the medical device marketplace.”

A further advantage of the material is its amorphous structure. “For many plastics, including nylon, the toughness is often dependent on their semi-crystalline structure, but this also makes them harder to shape and mold,” explained Josh Worch, the postdoctoral researcher who led the work. “However, our new plastic is as tough as nylon, but without being crystalline so it is much easier to manipulate. We believe this is only possible due to the way we have used stereo-chemistry to control our design.”

The research team was able to design and produce the plastic, which is now covered by a patent, and test it in rats to prove its biocompatibility. The team now plans to explore further ways to fine-tune the material and its properties before seeking a commercial partner.