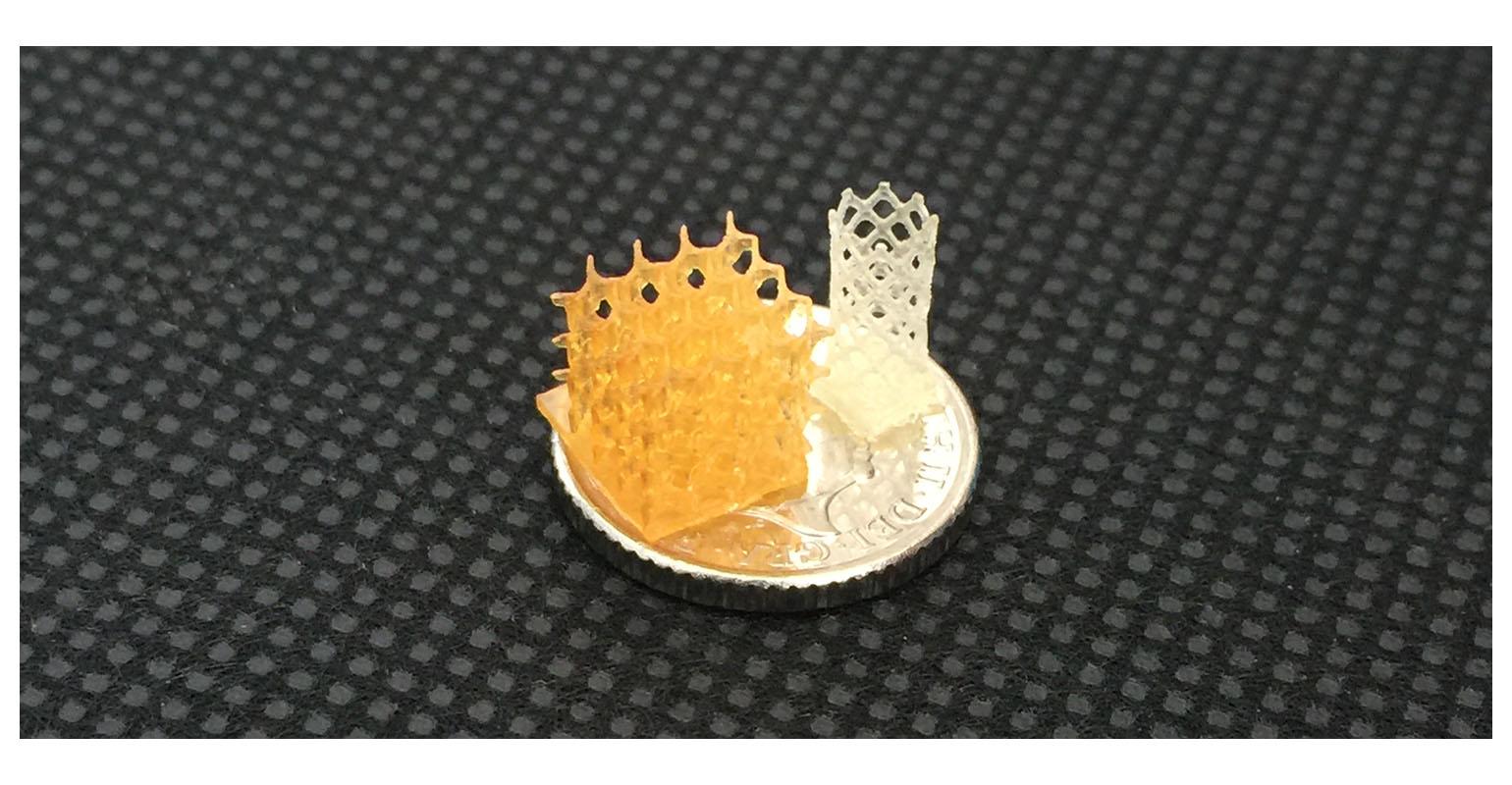 The bioresorbable materials with shape memory and tunable mechanical and chemical properties will be commercialized by university spinout company, 4D Medicine Ltd.

The universities of Birmingham and Warwick in the United Kingdom have formed a spinout company to commercialize a new class of liquid resins that can be 3D printed into solid scaffolds to help patients recover from major medical procedures more quickly. 4D Medicine Ltd. has secured a £197,000 ($247,500) grant from Innovate UK and a pre-seed investment of £281,000 ($353,000) from SFC Capital to develop a range of implantable medical devices using the technology.

The polycarbonate-based resins, developed by Professor Andrew Dove and Dr Andrew Weems, are novel bioresorbable materials with shape memory and tunable mechanical and chemical properties that show very promising tissue-healing performance, according to a press release distributed today. The composition of the novel resins is protected by a family of patents filed by the universities of Birmingham and Warwick.

The breakthrough resulted from a 12-year program of tissue engineering and biomaterials research by the Dove Research Group, led by Professor Dove at Birmingham and previously Warwick universities, which focused on modifying polymer chemistry and structure to both encourage healthy tissue growth and to optimize resorption of the implanted materials.

Trading as 4D Biomaterials, 4D Medicine Ltd. will be headed by CEO Philip Smith, a university start-up veteran with a background in polymeric devices, scaling up production, and raising early stage funding for technology ventures.

The company will concentrate on scaling up its materials production capabilities and on initial applications, including options for a prototype lumpectomy device. The instrument will address the needs of an emerging market for patients who have undergone a surgical procedure that is used during breast cancer diagnosis, and as a first treatment option for women with early stage breast cancer, said the press release. “The anticipated benefits of our lumpectomy device concept include filling the void left by surgery and promoting faster healing by encouraging the healthy tissue to grow back through the 3D-printed scaffold,” explained Smith.

Rohallah Ghasemi, Lead Investment Manager at SFC Capital, commented: “4D Medicine’s science is fully developed and has been externally validated, and at the time of our investment, its team of field experts had clearly shown evidence of commercial demand. The potential target markets are huge and we believe 4D’s technology will be a game-changer in the biomaterials market. We are very pleased to have led their pre-seed round earlier this year.”

Funding through a public program that helps academic innovations gain entry into markets such as medical devices and diagnostics allowed the researchers to test their concept with surgeons, who reportedly provided highly encouraging feedback. This paved the way for funding from Innovate UK, which enabled the establishment of 4D Medicine Ltd. and the development of a commercial product range.

“The academic team at Birmingham has created a breakthrough in biomedical materials that promises to improve experiences and outcomes for millions of patients across the world,” said Smith. “The challenge now is to convert that potential into reality.”