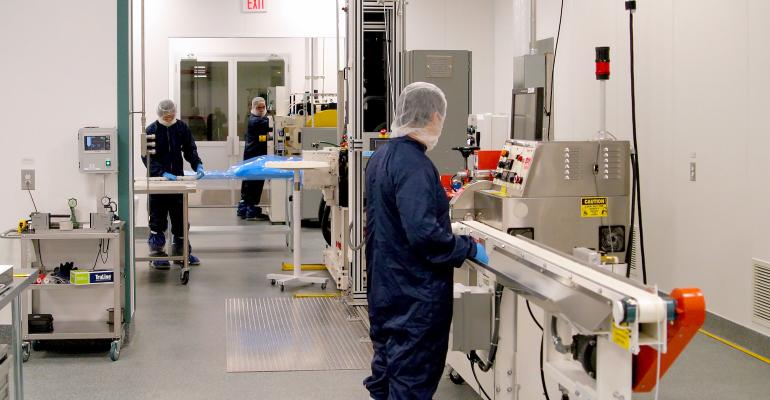 NewAge will add 3,600 square feet to its existing plant for more cleanroom space.
NewAge’s high-purity flexible tubing and hose have been critical to applications in test kits, virus detection equipment, and front-line supplies.

To meet demand for its AdvantaPure tubing sets used in the production of the COVID-19 vaccine, NewAge Industries reports that it will install three Davis-Standard silicone extruders at a new 90,000-square-foot facility in early 2021. The company, based in Southampton, PA, also will add 3,600 square feet to its existing plant for more cleanroom space.

NewAge claims to be the only employee-owned and B-Corporation in the life sciences/biopharma industry in the United States. It supplies diverse product lines of tubing, hose, and fittings as well as custom extrusion and fabrication services.

“NewAge is always innovating, which is something we appreciate at Davis-Standard because that’s a driver for us as well,” said Larry Giammarco, Regional Sales Manager at Davis-Standard. “Being able to deliver reliable and high-performance elastomer and thermoplastic machinery to support their goals over the years has been rewarding. We appreciate their trust in us and look forward to delivering their latest batch of silicone extruders in 2021,” said Giammarco.