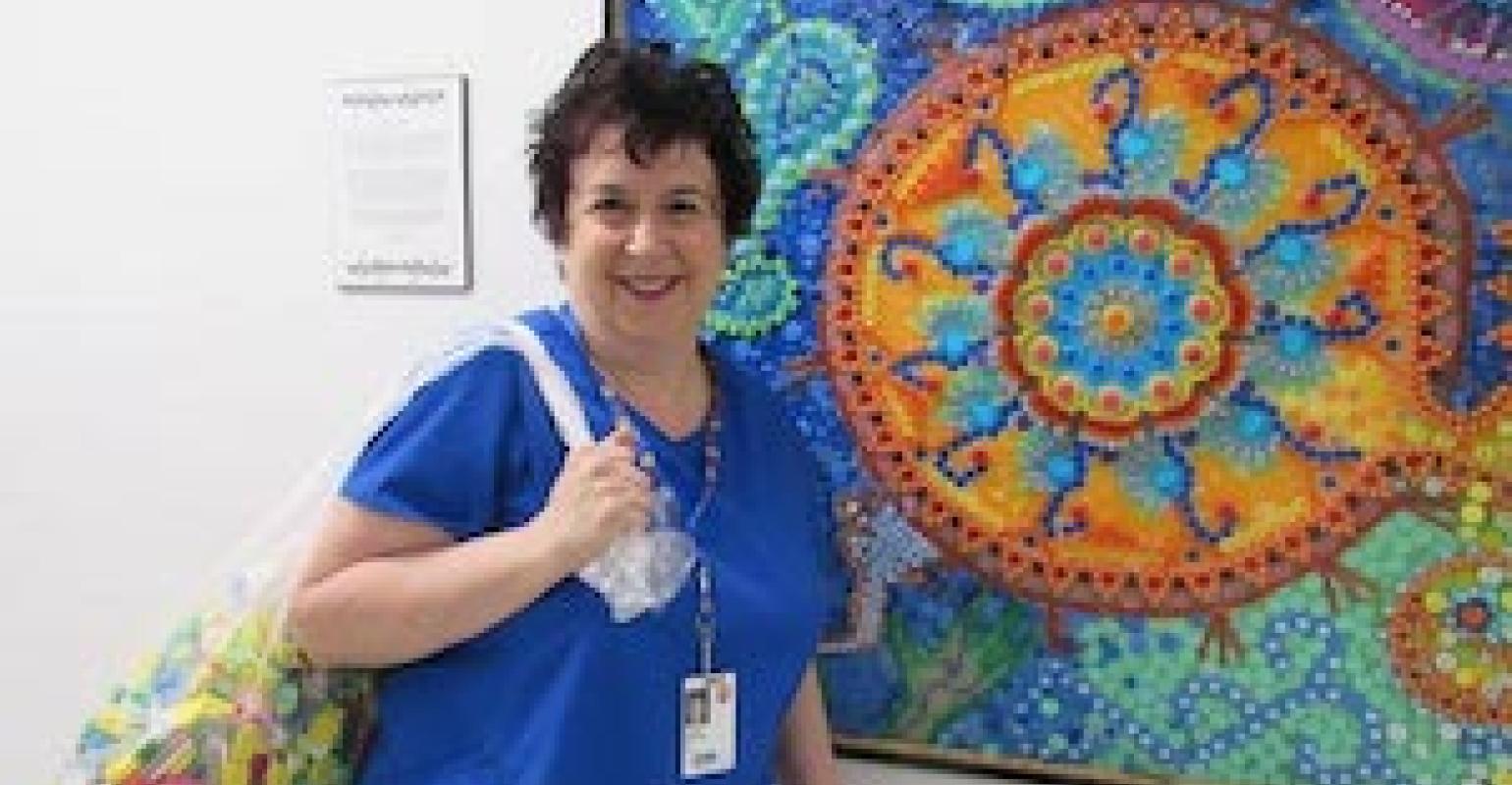 A nurse in an intensive care unit for almost three decades, Tilda Shalof used colorful bits of plastic from medical packaging and devices that would normally go in the trash to create a vibrant mural.

Stories about hoarders usually don’t end well. This one is an exception.

Tilda Shalof was a nurse in an intensive care unit at Toronto General Hospital for some 28 years. During that time, she collected bits of plastic—packaging caps and lids, tubing, connectors and so forth—that would normally go in the trash. "They're so pretty," she told reporters. "They remind me of so many moments I've had with patients. So I started to just put them in my pocket rather than throw them out." Then she did something kind of remarkable: She used those bits and pieces of plastic and embedded them in clear resin to produce a vibrant mural. The 4-X-9 foot installation now hangs in the lobby of the hospital where she worked for almost three decades.

Shalof sees a beauty in the refuse beyond the vibrant colors and pretty shapes, writes Megan Ogilvie, Health Reporter at Toronto daily newspaper The Star. They remind her of lives lost and saved, she told the reporter.

“I can use 100 of these in a day,” Shalof told Ogilvie, pointing to a clear bag holding an assortment of lids, tabs and connectors. “Each one tells a story for me,” said Shalof, who is also the author of a memoir, The Making of a Nurse, and several books on nursing.

The finished mural, pictured below, which took about a year to make, contains approximately 10,000 pieces of plastic.

Are 4D Hydrogels the Shape of Things to Come in Tissue Engineering?
Mar 05, 2021