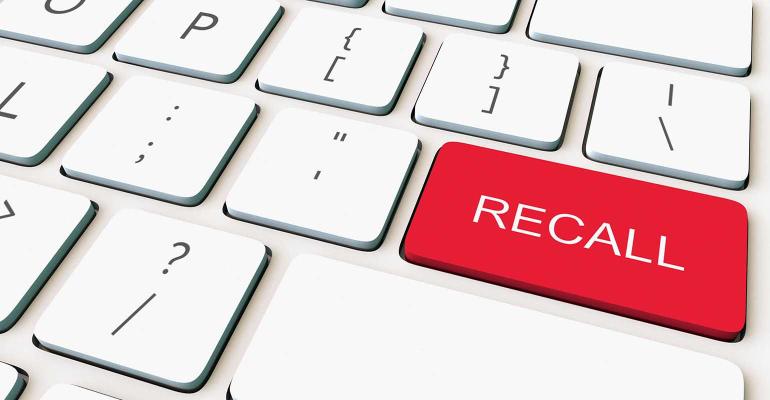 The PE-PUR foam may degrade into particles, which may enter the device’s air pathway and be ingested or inhaled by the user, and the foam may off-gas certain chemicals.

Philips has recalled some of its breathing devices and ventilators because of potential health risks associated with polyester-based polyurethane (PE-PUR) foam used to dampen sound made by the devices. The PE-PUR foam may degrade into particles, which may enter the device’s air pathway and be ingested or inhaled by the user, and the foam may off-gas certain chemicals, said the Netherlands-based medical device company in an update issued today. The update follows mention of a “quality issue in a component that is used in certain sleep and respiratory care products” in Philips Q1 2021 report. At the time, it said that it is "initiating all precautionary actions to address this issue, for which we have taken a €250 million ($303 million) provision.”

The devices being recalled are some of the Bi-Level Positive Airway Pressure (Bi-Level PAP), Continuous Positive Airway Pressure (CPAP), and mechanical ventilator devices. Philips noted in today’s announcement that it has received few complaints about the products — 0.03% in 2020 — but has determined based on testing that the foam may expose users to possible risks. It adds that degradation of the foam may be exacerbated by the use of unapproved cleaning methods, such as ozone. High heat and high humidity environments may also contribute to foam degradation, it added. No deaths have been reported as a result, but particulate exposure may cause headaches, irritation, inflammation, respiratory issues, and possible toxic and carcinogenic effects, said Philips. The potential risks of chemical exposure caused by off-gassing include headaches, irritation, hypersensitivity, nausea/vomiting, and possible toxic and carcinogenic effects. Philips said that it has received no reports regarding patient impact related to chemical emissions.

Most of the affected devices within the advised five-year service life are in the first-generation DreamStation product family, said Philips.

Reuters reported that Philips Chief Executive Frans van Houten estimated that three to four million devices would be targeted in the recall. Philips is reportedly one of the largest manufacturers of sleep apnea and ventilator devices, and the recall may result in a shortage of such devices.

“The group took a €250 million charge for the issue after announcing an identical provision in its first quarter-earnings report in April, bringing the total cost of the problem to €500 million to date,” said Reuters. “Shares in the group were down 4.2% to €44.42 by 0850 GMT in Amsterdam.”

“We deeply regret any concern and inconvenience that patients using the affected devices will experience because of the proactive measures we are announcing today to ensure patient safety,” said van Houten in a prepared statement. “In consultation with the relevant regulatory agencies and in close collaboration with our customers and partners, we are working hard toward a resolution, which includes the deployment of the updated instructions for use and a comprehensive repair and replacement program for the affected devices. Patient safety is at the heart of everything we do at Philips,” said van Houten.