A plastics hub in coal and steel country 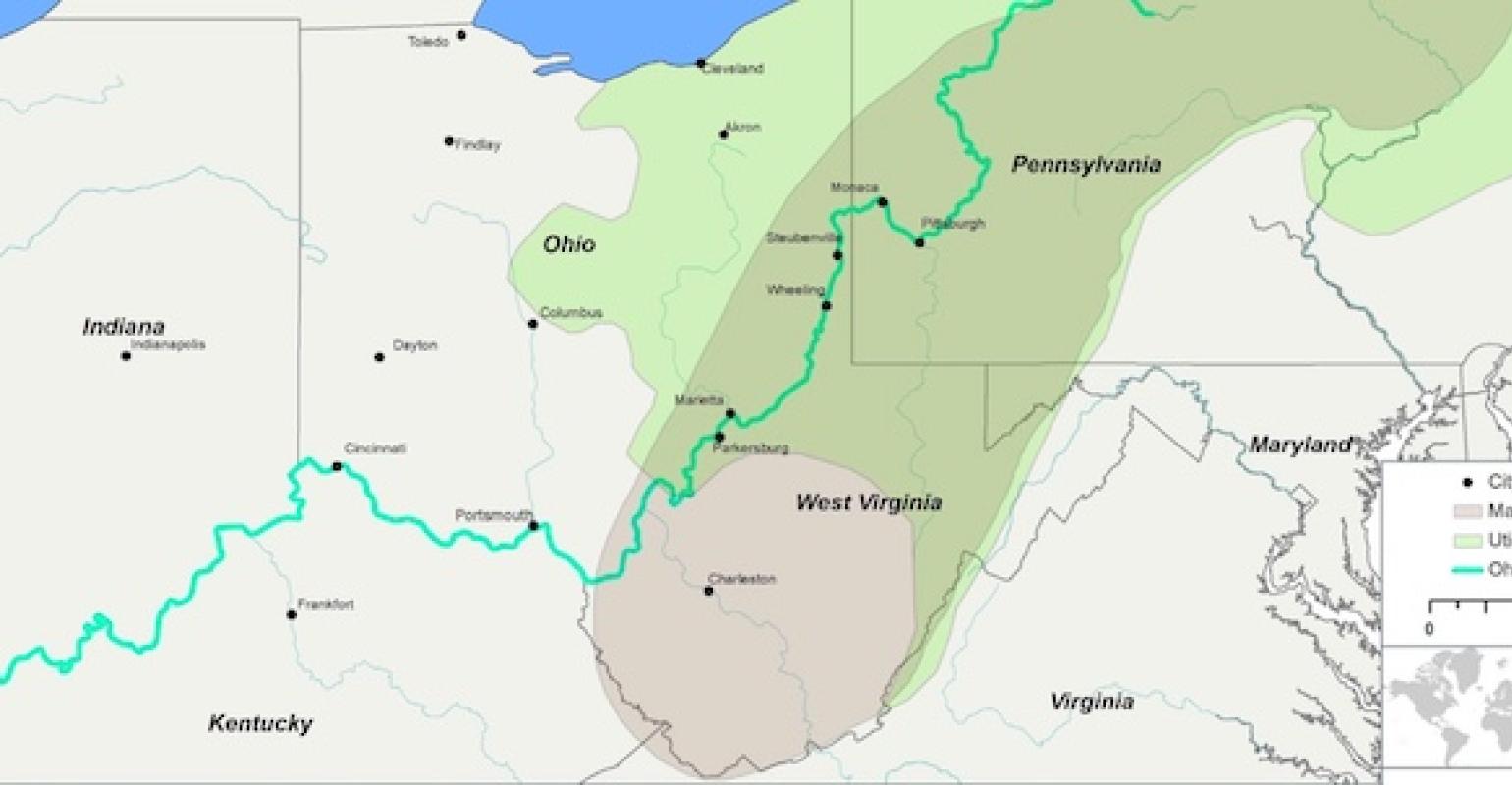 The $6-billion cracker plant that Shell Polymers is building outside of Pittsburgh could be the start of an industrial renaissance in the region, but some worry that the health and environmental costs are not worth it.

Considering the potential decades-long economic impact that an ethane cracker plant under construction by Shell Polymers near Pittsburgh will have, it’s surprising to me that it has received so little national media coverage. Shell’s $6-billion project that pulls natural gas from the sprawling Utica and Marcellus shale formations may soon be joined by others in Ohio and West Virginia. According to an IHS Markit report, this region is forecast to supply 37% of the nation’s natural gas production by 2040. (It should be noted that the report was commissioned by Shale Crescent USA, which promotes economic development within the tri-state region.) While much of the national media has been distracted by, shall we say, other matters, some journalists have been conducting due diligence. One article published recently in the Courier Journal out of Louisville, KY, part of the USA Today network, caught my attention. As a reader of PlasticsToday, you’ll immediately understand why just based on the headline: “Plastics may be the new coal in Appalachia. But at what cost to health and climate?”

“With little notice nationally, a new petrochemical and plastics manufacturing hub may be taking shape along 300 miles of the upper reaches of the Ohio River, from outside Pittsburgh southwest to Ohio, West Virginia and Kentucky,” writes James Bruggers of InsideClimate News. (The article was picked up by the Courier Journal.) “It would be fueled by a natural gas boom brought on by more than a decade of hydraulic fracturing, or fracking, a drilling process that has already dramatically altered the nation's energy landscape—and helped cripple coal.”

My first question: Apart from the human toll in some parts of the country where coal mining provides jobs, why is crippling coal bad? Under the most sunny of circumstances, the domestic coal industry can only survive through automation. That may create some jobs, but it won’t help the vast majority of coal miners who have seen the source of their livelihood evaporate. And the environmental and health impact of coal mining is staggering. Should we mourn its passing? Bruggers, however, wonders if the climate price attached to the emergence of a plastics hub in the region is any better than what came before. “Planet-warming greenhouse gas emissions from the Shell plant alone would more or less wipe out all the reductions in carbon dioxide that Pittsburgh, just 25 miles away, is planning to achieve by 2030,” he writes. “Drilling for natural gas leaks methane, a potent climate pollutant; and oil consumption for petrochemicals and plastics may account for half the global growth in petroleum demand between now and 2050.”

I got a bird’s eye view of the Shell project in Potter Township, PA, last year during a press junket. There was not much to see from the helicopter as we did a flyover, except for a battery of construction equipment and a vast cleared piece of ground bordering the Ohio River. Much of the work at that time was being done underground. Shell employs approximately 6,000 construction workers and estimates that the plant will support some 600 permanent jobs once it is up and running, possibly as soon as 2021.

In my article, I noted that Thailand-based PTT Global Chemical was considering building an ethane cracker plant in Ohio that would call for a $10 billion investment. It filed for state permits in December 2018, reports Bruggers, and is expected to announce whether or not it intends to proceed within days. He also mentions an agreement China Energy signed with West Virginia in 2017 to potentially invest $84 billion in shale gas development and chemical manufacturing projects. According to West Virginia Development Director Mike Graney, China Energy is looking at three potential projects and could make an announcement this year. The Trump administration’s trade war with China, however, is causing some delays, he added.

The economic impact in a region scarred by the decline of the coal and steel industries could be astonishing. In Belmont County, OH, where PTT Global is considering installing its cracker plant, Larry Merry, an economic development officer, told Bruggers: “Do you know what the biggest export is from Belmont County? Our youth.” Jobs could reverse that flow. As the IHS Markit study points out, “an ethylene project in the Shale Crescent USA has a comparative advantage because of its access to ample supplies of locally produced low-cost ethane, which leads to a very competitive manufacturing cost of ethylene and subsequently polyethylene. This advantage is augmented because the Shale Crescent USA region is in close proximity to over two-thirds of U.S. polyethylene consumption.”

Regional boosters of the project that I spoke with during the press junket also stressed the multiplier effect on regional economies. The cracker plant will enable infrastructure improvements, regional job creation and off-shoot investments, said Denise Brinley, Senior Energy Adviser for the Pennsylvania Department of Community and Economic Development. In fact, the [Shell] project is projected to have a five- to seven-time multiplier effect on associated business activity, she added.

The region already has a solid foundation upon which a plastics hub can take shape. The so-called Plastics Cluster in Erie County and northwest Pennsylvania is home to Micro Mold/Plastikos, Silgan Plastics and Berry Plastics. Covestro has its U.S. headquarters near Pittsburgh. And academic institutions are preparing the skilled workers that industry desperately needs. A notable example is Penn State Behrend’s Plastics Engineering Technology program, one of only six such programs nationwide that is recognized by the Engineering Technology Accreditation Commission. The economic development that the petrochemical industry brings to the region will give those graduates a good reason to stick around.

None of that negates the environmental concerns that Bruggers lays out in his well-researched and, I believe, fairly balanced article. But I was reminded of a chant made famous by the gilets jaunes protestors in France in the early days of the movement, before parts of it devolved into vile displays of anti-semitism: “The Macron government is worried about the end of the world; we’re worried about the end of the month.”