PVC- and phthalate-free products multiply in medical and other sectors 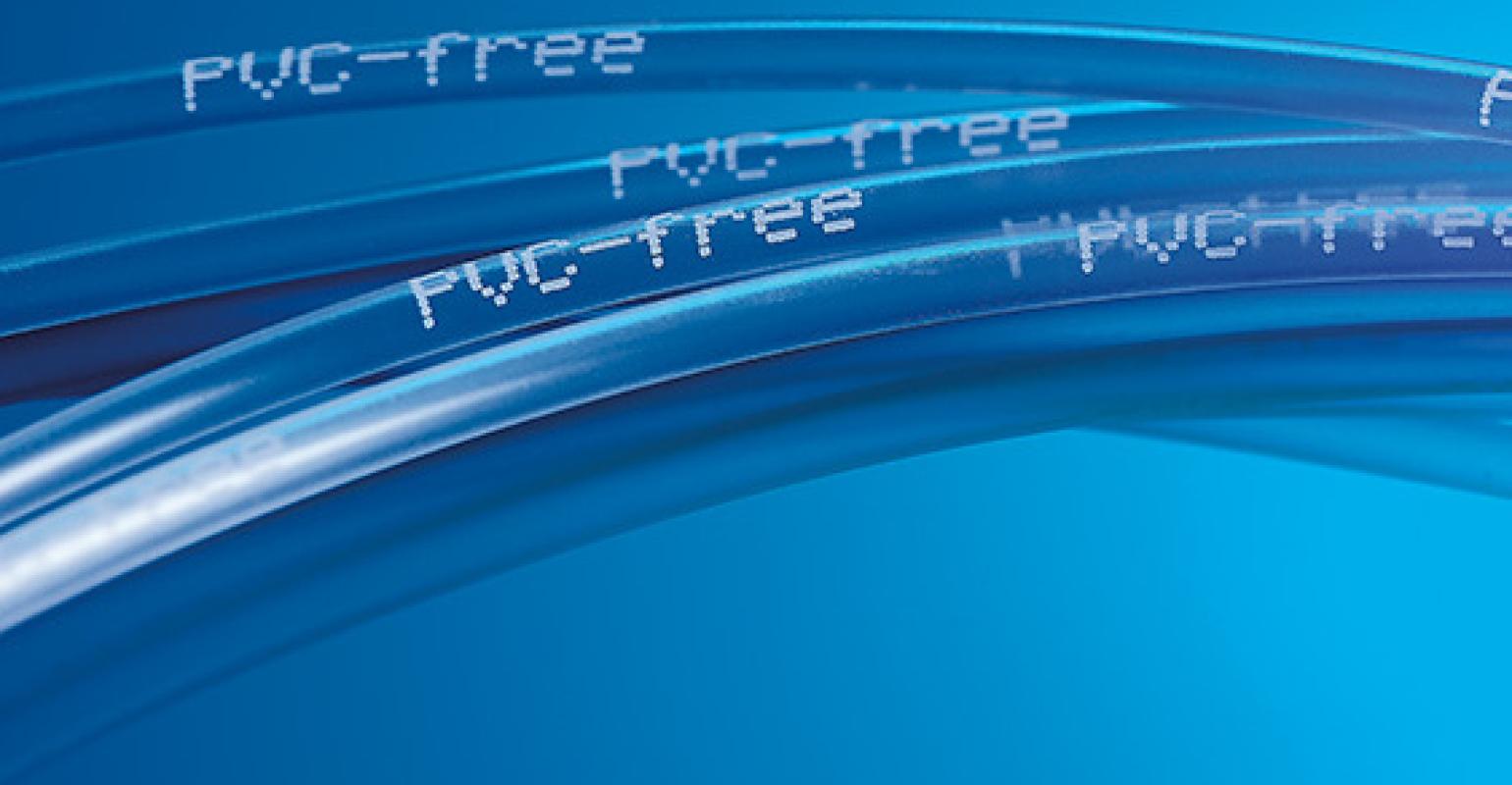 PVC and phthalate plasticizers have dropped out of the news cycle of late, but they are still front of mind for plastics processors and materials suppliers, as evidenced by news from a supplier to medical device OEMs and producer of calendered films.

PVC and phthalate plasticizers have dropped out of the news cycle of late, but they are still front of mind for plastics processors and materials suppliers, as evidenced by a pair of news releases distributed today. Medical technology manufacturer Raumedic (Helmbrechts, Germany) reiterated in its press release the development of PVC- and plasticizer-free plastic products for medical tubing and related applications. On the film front, Renolit (Worms, Germany) announced that it has switched all of its U.S. production of signage and graphics products to Pevalen materials, a non-phthalate plasticizer developed by Perstorp (Malmo, Sweden).

Raumedic has developed a range of components made from alternative materials without plasticizers that can be used in transfusion and pump applications and in gravity kits for parenteral infusion systems, the company noted. “The market is demanding plasticizer-free PVC alternatives that should nevertheless have PVC-like properties,” explained Dr. Ralf Ziembinski, Head of the Tubing Business Unit at Raumedic. “It has been proven that DEHP or DOP exhibit repro-toxic characteristics and can be comparatively easily dissolved out of the material,” he said, adding that the current exemption for the use of these plasticizers in blood bags and transfusion tubes in the EU expires in three years.

Raumedic offers polypropylene and polyurethane as alternatives to PVC in medical-grade tubing. When a more cost-efficient alternative to soft PP and PUR is needed, co-extrusion can be a solution, according to Ziembinski.

“We have developed a medical-grade two-layer tubing made from EVA and styrene-butadiene rubber (SBR) in this field,” said Ziembinski. “Because the outer layer can be dyed, the tubing enables optimal administration of light-sensitive drugs such as chemo-therapeutic substances. Thanks to the transparent inner layer, the active ingredient does not come into contact with the color pigments," said Ziembinski. While the material combination is about 25% more expensive than PVC, medical device manufacturers will benefit from one critical advantage: “The outer layer of the tubing made from SBR can be easily glued, which plays a key role during secondary processing,” said Ziembinski.

Raumedic will exhibit at the co-located PLASTEC and Medical Design & Manufacturing event in Minneapolis on Oct. 23 and 24. The company is eager to engage with attendees at booth 1416.

Non-phthalate film a sign of the times for Renolit

American Renolit (La Porte, IN), a subsidiary of Renolit headquartered in Worms, Germany, claims to be the first company in its sector to eliminate phthalates in its calendered films by switching to Perstorp’s Pevalen. The non-phthalate plasticizer is based on polyolester chemistry and was first introduced at K 2013.

Renolit believes switching to Pevalen will resonate with customers from an environmental and safety aspect as well as its processability and performance properties. “Our high-quality signage and graphics products make a significant difference to many of our customers, which are developed with both their processing requirements and end-use performance in mind,” commented Renolit Business Unit Manager Ralph Gut.

Renolit said that it tested several non-phthalate plasticizers before choosing Pevalen. Customer trials went exceptionally well, according to the company, which noted that several customers were impressed with four key areas of product improvement: UV stability, shrinkage, colors and printability. Pevalen also delivers excellent processing properties, it added, and offers a significantly lower CO2 footprint than any other non-phthalate on the market. The material is produced using biogas energy, which, combined with its sustainable properties, makes it an excellent choice for the environment, said Renolit.

Products customized with Renolit films are used for indoor and outdoor advertising and branding, vehicle and architectural graphics, as well as product identification and other technical applications.