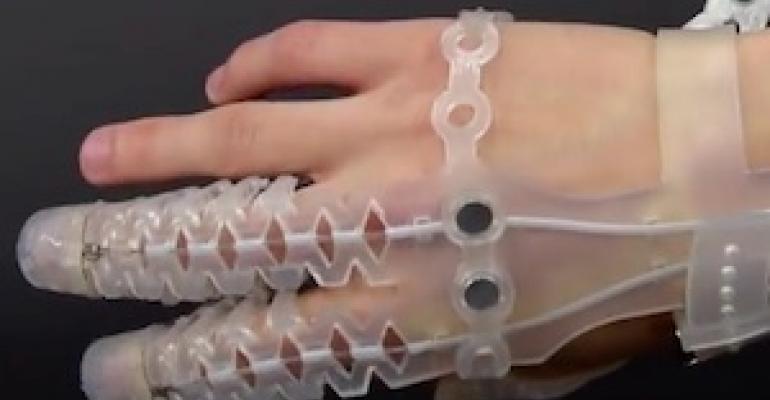 The Exo-Glove Poly is made from a polymer for user comfort and easy sanitization.

The Seoul National University Biorobotics Lab in South Korea has developed a soft wearable robot that can restore hand movement to patients who are partially paralyzed because of a stroke or other medical condition.

The Exo-Glove Poly is made from a polymer for user comfort and easy sanitization, says Associate Professor Kyu-Jin Cho, who developed the device. In addition to the wearable component, which has three partial sheaths that slip over the thumb, index finger and middle finger, the device has a motor that moves wires in the robotic glove to open and close the hand.

The video embedded below shows a young man, who has had a spinal cord injury, doing such things as picking up a box, opening a door and brushing his teeth with and without the  Exo-Glove Poly to striking effect.

The glove reportedly will be available in 2017.