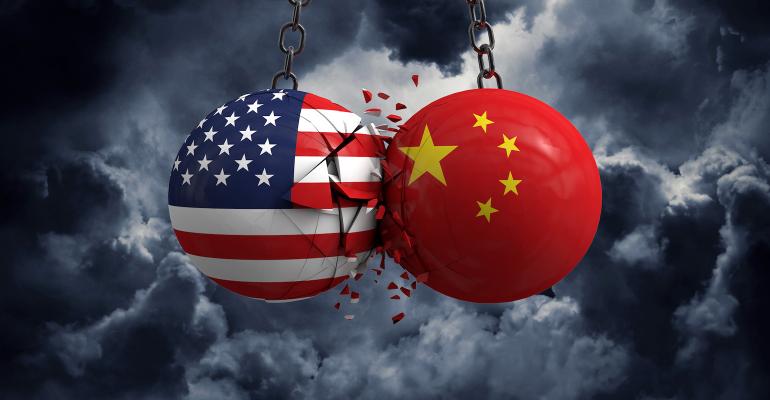 It would have made sense to pause the trade war to deal with the COVID-19 issues, said Gerald Commissiong, CEO of Todos Medical. “The reality is we needed a lot of stuff we didn't get . . . and right now [China] is still the only game in town.”

Economist John Maynard Keynes famously said, “When the facts change, I change my mind.” That thought came to me as I was reading an interview of Gerald Commissiong, CEO of Todos Medical, published by sister brand MD+DI. The conversation is largely about how the strained relationship between the United States and China has impacted the medical technology industry. Commissiong refreshingly doesn’t mince words in laying out what he sees as a failed policy.

PlasticsToday has been an advocate of taking a tougher line with China, especially when it comes to unfair trade practices and robbery of intellectual property. We are also cheerleaders for reshoring or near-shoring manufacturing, when it makes sense. But the facts have changed. We are in the midst of a global pandemic and it is urgent that we respond effectively to COVID-19. As Commissiong points out in this interview, for many medtech OEMs, the supply chain that will allow us to do so passes through China. It would have made sense to pause the trade war to deal with the COVID-19 issues, he told MD+DI News Editor Amanda Pedersen. “The reality is we needed a lot of stuff we didn't get, and we still don't have it, so we need to get it. And right now [China] is still the only game in town.”

Based in Rehovot, Israel, Todos Medical develops blood tests for the early detection of cancer and Alzheimer's disease. It has recently focused on COVID-19 screening and diagnostic products through distribution agreements with a South Korean manufacturer and other initiatives.

And here’s a fun fact: Commissiong was a professional football player for the Calgary Stampeders of the Canadian Football League, possibly putting him in a league of one in the medtech C suite.

Some takeaways from the conversation, edited for clarity, are published below. You can read the full interview on the MD+DI website.