Sustainable Medical-Grade Polymers Are More Than a Pipe Dream 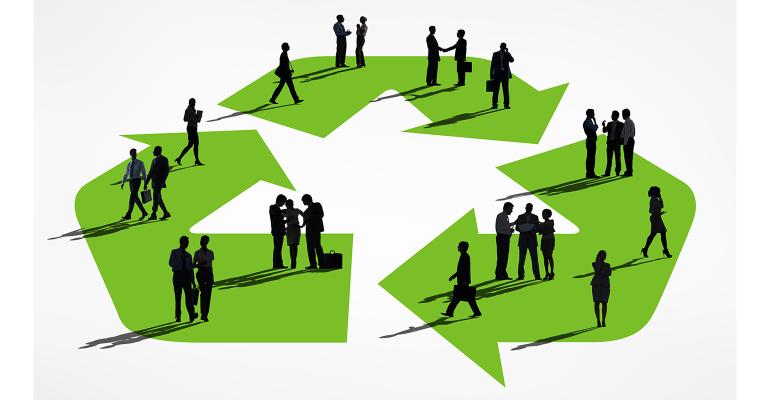 Thanks to new bio-based, medical-grade polymers and recycling options, medical devices can be safe, effective, and sustainable.

A growing elderly population and a drive to reduce healthcare facility costs with more remote diagnosis are among the drivers of medical devices of the future. Add to that increasing concerns over the climate, and medical-grade material options for sustainable medical device designs become even more paramount.

Siegel’s presentation will focus on high-performance medical-grade, extrudable, moldable, and formable polymers. “I will discuss Arkema and non-Arkema supported biobased polymers — such as polyamide 11 (PA11) — as well as non-biobased polymers which may have interest to the medical device and drug delivery markets.”

Highlights of Siegel’s presentation will include:

“Improved material sustainability may be possible in several ways,” Siegel advised. “First, by designing medical devices made from ABC materials; second, by taking advantage of cradle-to-cradle opportunities made possible through programs like the Virtucycle program from Arkema.”

Of course, hurdles abound — but so too do opportunities.

“The first step is improving awareness that ABC polymers entering the market today do not typically compromise performance. Many ABC materials, like Rilsan PA11, have been around for decades. Some PA11 MED grades are in development or specified in single- and multiple-use medical device applications. An example is Rilsan FKZM 65 MED, a glass-reinforced PA11, which has replaced metal in clamps, tweezers, and retractors, and can be sterilized dozens of times. Another step toward acceptance is improved education of medical device designers of ABC products so they are more comfortable designing with them. The opportunities are lower carbon footprints for medical device manufacturers, brand owners, and hospitals, by requesting medical devices be designed using ABC materials.”

More sustainable grades of materials are being accepted into the medical device market, he added.

“Many biobased polymers have been developed for industrial applications, so some of the base technology is known. Many of the widely used polymers in medical devices have developed biobased polymers, including biobased PE, PP, and PET — some from 100% renewal resources. TPU manufacturers also have developed partially biobased alternatives (30%-70%) to their petroleum-based counterparts. Some manufacturers may have or are pursuing FDA and ISO certifications. High-performance, biobased polyamides like Rilsan PA11 are derived from non-food-competing castor beans, have excellent performance, and FDA and ISO certified grades are available.”

Arkema has developed a range of medical-grade resin formulations.

“Arkema has developed a large group of medical grade polymers based on Rilsan PA11, Rilsamid PA12, Pebax TPE, and Kynar PVDF, and the MED portfolio continues to grow based on market needs. For example, our biobased Rilsan BESVOA MED product is an extrusion grade developed specifically for markets and applications requiring very low extractables, like the biopharma market and some medical device components. Our Rilsan FKZM 65 MED product, discussed above, is another good example of how our medical polymers product line continues to grow, gaining specifications in traditional metal applications. In addition, by partnering with custom compounders, we can bring required and desired properties to the industry.”

Given the sensitive nature of medical applications, sustainability prospects for end-of-life medical materials are a vital consideration, Siegel explained.

“Material suppliers are doing their part by developing more sustainable, renewable and recyclable technologies. A used single-use medical device is typically considered a biohazard and incinerated. To consider recycling an EOL medical device, there must be a process in place. To make recycling work in any industry, someone needs to take ownership of the process.

“Arkema is putting the pieces together to do this. The Arkema Group purchased a recycling business (Agiplast) in Italy, and recently started the Virtucycle program, which sources industrial scrap or decontaminated EOL products, mostly based PA11 and PA12 resins, PEBA elastomers and PVDF fluoropolymers, and places/blends them into less demanding applications. This facilitates the full circular economy. Recycling of a used medical device may require more steps and considerations versus other industries, before effective recycling can be considered.”